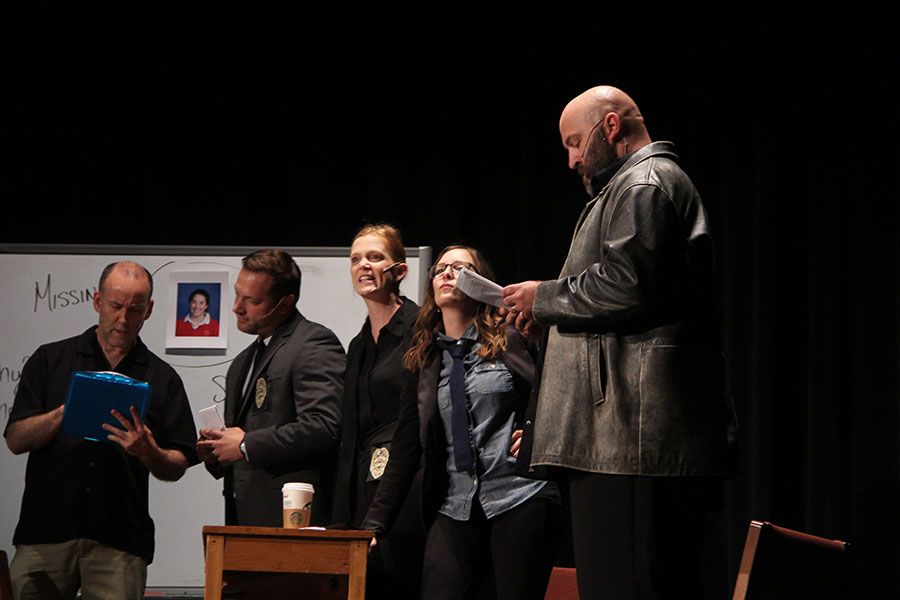 Sisterhood of the traveling pant

The origin of the auction pants is revealed. Students and faculty share their opinions and experiences involving them.

Sophomore Anna Kate Powell piles into the crowded Auditorium with her friends, trying to get a decent seat for this year’s auction skit. She automatically cracks up at the sight of her teachers in wigs and costumes, but the whole time, she is eagerly awaiting one thing: the design of this year’s auction pants. Once she gets her packet in advisory, she immediately starts brainstorming who she can sell her tickets to. Then a thought crosses her mind, “Why do we get a pair of pants for selling raffle tickets?”

Every year, students who sell ten raffle tickets receive a pair of STA pants, designed for comfort. Students can wear the pants instead of their uniform skirts from October until Christmas Break.

“I give my tickets to my mom to give out at her job,” Rafael said. “ My parents own a restaurant, so there are lots of people who could possibly buy them.”

About 12 years ago, the Development Office was looking for a way to boost ticket sales, according to development and special events coordinator Terry Egelhoff. To make more money for the auction, the development office decided to give each student who sold ten tickets with some sort of reward.

“We wanted an incentive for the girls to sell raffle tickets,” Egelhoff said.

That “incentive” originally came in the form of a long sleeve shirt. Then came shorts that students could wear under the uniform skirts. After that, they tried scrubs because the students wanted longer pants. When the students complained that the scrubs were too thin, they introduced sweatpants. Egelhoff says there were problem 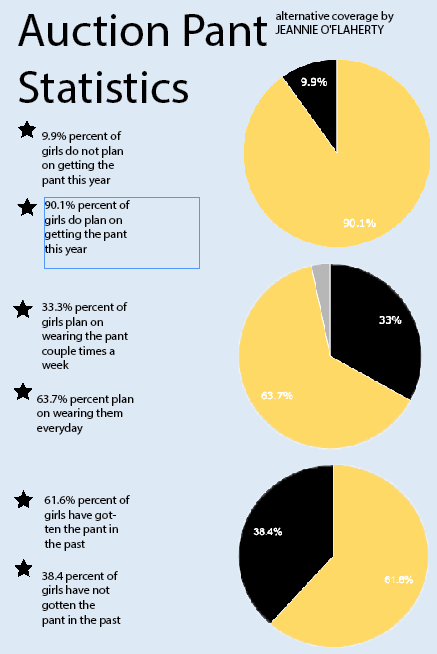 s with the way the sweatpants looked, which prompted a change.

“We did those regular sloppy kind of sweatpants,” Egelhoff said. “And then we thought those looked too sloppy on the kids so we didn’t want the uniform to look like that.”

The solution to the sloppy-looking uniform was to try yoga pants, which didn’t last long, either, according to Egelhoff. The current pants are a happy medium: not as tight as the yoga pants, but not as baggy as the sweatpants.

For the past two years, marketing and public relations director Megan Schaefer has designed the sweatpants. This year, STA parent Laura Benge sent Schaefer a photo of the Texas Christian University sweatpants to be modeled after. Before Schaefer took over, the design was created by the company the pants were purchased from. However, designing the STA sweatpants was not Schaefer’s first experience with design.

“I do graphic design work for many departments throughout the school,” Schaefer said. “When the Development Office asked for a design, I was happy to help.”

Teachers and staff like the idea of students being able to wear the sweatpants in the colder months, saying that warmth is more important than fashion, according to principal of student affairs Liz Baker. However, English teacher Carrie Jacquin thinks that there was an opportunity missed this year when it came to the design.

“The design this year is very collegiate, but if we’re talking strictly high fashion, someone missed out on the ‘jogger’ trend I keep seeing everywhere,” Jacquin said.

“I like having the sweatpants in the winter because wearing them instead of the skirt is great,” Redick said.

President Nan Bone likes the design, but prefers to see the students in their uniform skirts.

However, many students and teachers agree that this is one of the best designs in years. And they are happy to see that this year the pants have switched up their colors.

After Anna Kate picks up her tickets from her advisor, she finds a way to sell all her 10 tickets. A couple weeks later, Powell picks up her pants from the Development Office. The next day, she walks across the quad on her way to her first class. The wind blows hard and she is grateful to have the pants to keep her warm.