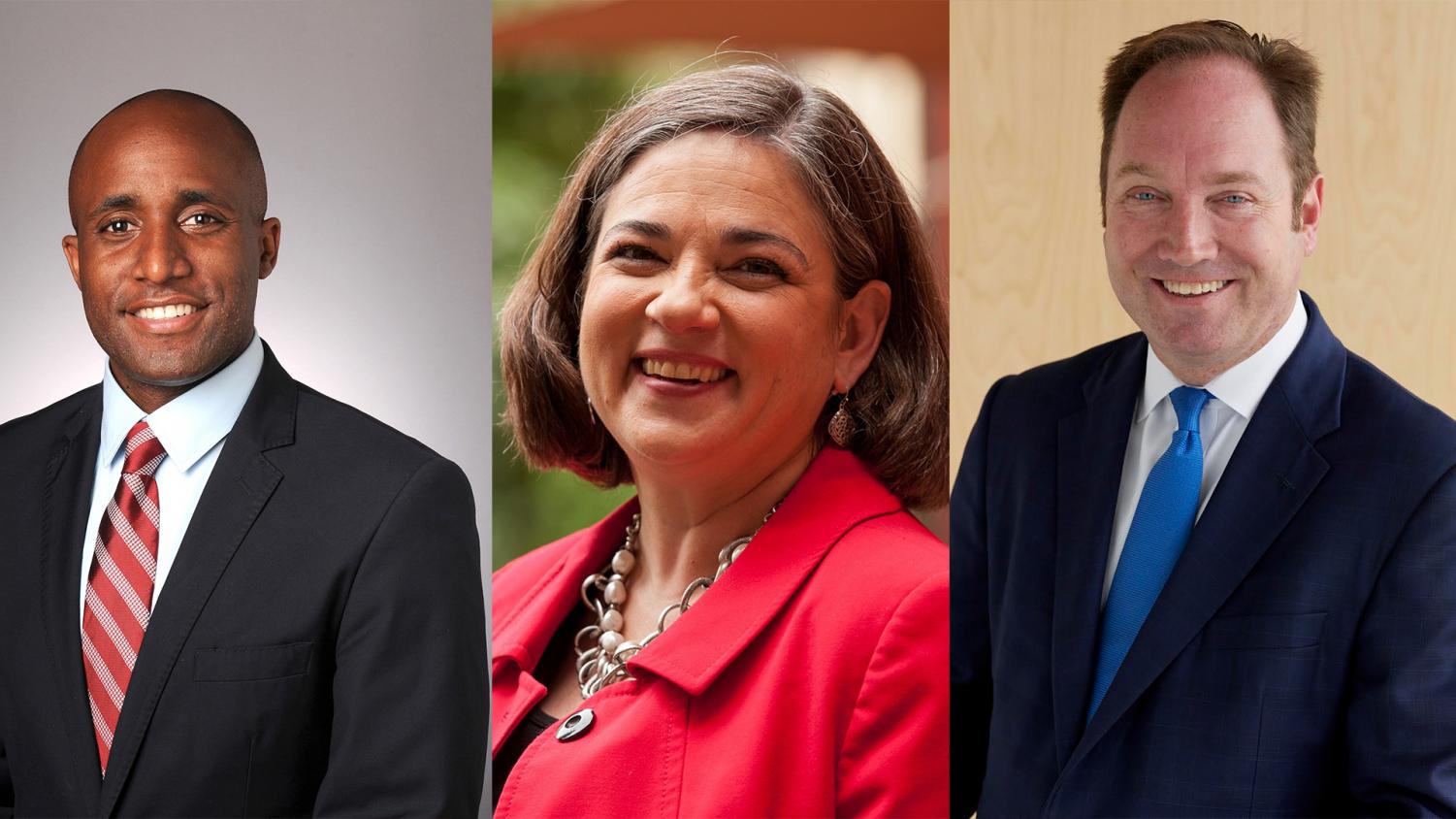 Here are all the candidates on the April 2nd primary ballot.

Alissia Canady got her start working as the assistant prosecuting attorney for Jackson County. In 2015, she was elected to city council to represent Kansas City’s Fifth District. According to KCUR, Canady made the decision to jump into an already crowded mayoral race after the city negotiated a deal with developers to finance $80 million in future parking garages for the planned Three Light luxury apartments downtown. “We support development but it has to be fair. We can’t continue to build on the backs of the poor,” Canady said.

Clay Chastain is no stranger to Kansas City’s race for mayor, having run for the seat “at least four times” according to KCUR. In past years Chastain has pushed several failed initiatives for a Kansas City light rail as well as a plan for a system of gondolas downtown. Chastain is registered to vote at a friend’s house on Wyandotte Street in Kansas City, but currently lives in Bedford, Virginia. Chastain told The Kansas City Star that he lives in Virginia most of the time but if “given a job in Kansas City as the mayor, [he’ll] move to Kansas City.”

Phil Glynn is a Kansas City native who returned to the city after completing his undergraduate education at Wake Forest University. He co-founded Heartland Democrats for America and later became the president of the Committee for County Progress. He currently serves as a Jackson County Democratic Committeeman and co-owns Travois, a Crossroads-based firm devoted to financing housing and development in American Indian communities. As part of his vision on the campaign’s website, Glynn explains that “taxpayers expect and deserve excellent public services like timely trash pickup and snow removal.” He additionally advocates out of state investment in Kansas City to provide more opportunities to residents, in turn stabilizing neighborhoods and reducing crime. After announcing his candidacy in October, Glynn told the Kansas City Star that he’s “excited about the future of Kansas City.”

Jolie Justus threw her hat into the mayor’s race and then quickly retracted after former Missouri State Representative and Missouri Secretary of State Jason Kander announced his candidacy. Kander then dropped out of the race, citing an ongoing struggle with PTSD, leading Justus to rejoin the race. Justus is a first-term councilwoman representing Kansas City’s Fourth District. During her time on the council, she was appointed by Mayor Sly James to serve as Chair of the Airport Committee, Vice-Chair of the Finance and Governance Committee and member of the Transportation and Infrastructure Committee. She formerly served as a Missouri State Senator and Senate Democratic Leader. If elected, Justus pledges to create safer communities, provide more educational opportunities and make smart investments that would embrace KC’s growth as a “21st century city.” Justus would become the first openly LGBTQ+ mayor of a major heartland city.

Henry Klein, a Bank of America branch manager, has never held public office but previously ran for mayor in 2011. Klein has no campaign website but created a Go-Fund-Me page with a fundraising goal of $50,000. On the page, he explains the need for a publicly-funded campaign saying that special-interest donations are “truly harming our city.”

Vincent Lee grew up in Kansas City and has run for elected office several times. A self-described businessman, Lee first became notable in Kansas City in 2007 after suing Kansas City School Officials, the city’s election board, mayoral candidates, the city of Raymore, Jackson County and Missouri, according to an article the Star wrote during his 2015 campaign for mayor. During that campaign, he described his priorities as “bringing union contracts back to Kansas City, improving health-care access for low-income residents and improving public education in the city,” according to KCUR.

Quinton Lucas grew up in Kansas City’s urban core where he experienced homelessness and poverty at a young age. He persevered, earning scholarships to attend Washington University and Cornell Law School. Lucas practiced law in Kansas City after graduating and later joined the Law faculty at the University of Kansas at age 28. In 2015 Lucas was elected to represent Kansas City’s Third District at-large on the city council. Lucas chairs the council’s Housing Committee and serves on the Neighborhoods and Public Safety, Planning, Zoning and Economic Development, Transportation and Infrastructure committees. The Lucas campaign website articulates four issue priorities: affordable housing, reducing crime, transparency and city development. According to KCUR, Lucas has backed efforts to encourage developers to build more affordable housing.

Steve Miller grew up in Kansas City and later attended the University of Notre Dame where he played Division I soccer. He then led MoDot for seven years and chaired the Missouri Highways and Transportation Commission for two terms. Now a partner at Miller Schriger LLC law firm, Miller believes his background in construction law makes him an “ideal candidate” to guide the city’s many public development projects, according to his campaign’s website. Miller’s website deems Kansas City’s crime rate to be a “national embarrassment” and cites the need for the mayor to draw on government, nonprofits and businesses to address the problem.

Jermaine Reed was one of five boys raised by a single mother in Kansas City. Reed then became the first person in his family to attend and graduate college at the University of Missouri. Reed currently represents Kansas City’s Third District where he’s worked with Congressman Emanuel Cleaver to “secure federal stimulus dollars to revitalize Kansas City’s urban core,” according to his campaign’s website. As mayor, Reed would focus on supporting families, investing in opportunity across all neighborhoods, lowering the cost of living for elderly residents, fostering a responsive government and advocating for new investments.

Scott Wagner represents Kansas City’s First District at-large and also serves as Mayor Pro Tem and chair of the Finance and Governance Committee. Over the past year, Wagner helped implement a rental inspection program to support renters living in unsafe or unsanitary conditions. During his time on the council, Wagner has worked to improve several corridors and neighborhoods including along Highway 210 and the Paseo Gateway in the Historic Northeast neighborhood.