The environment in response: truth and activism under a pandemic

As the COVID-19 pandemic rages across the globe, the Dart investigates how the environment is truly reacting and how environmental activism can continue from home. 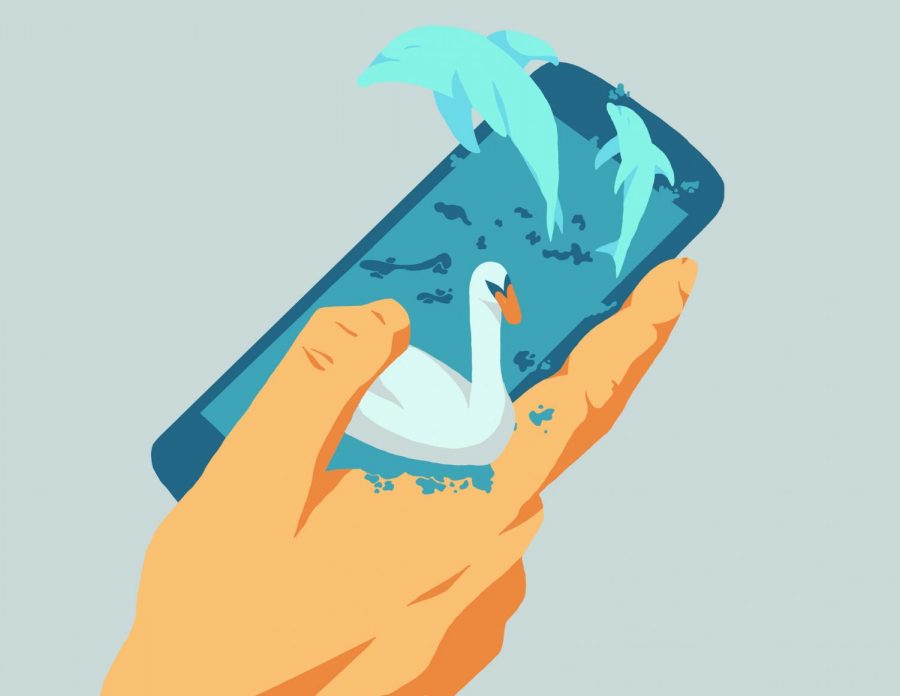 While at home, science teacher Maddie Watts came across a post on Instagram boasting that swans and dolphins had returned to Venice’s canals. The post was originally created by Twitter user Kaveri Ganapathy Ahuja, and claimed that the animals reappeared after the city and its tourism were shut down in the wake of the COVID-19 pandemic.

Watts said that she had seen this post go viral on social media platforms like Instagram, Twitter and TikTok. The unfortunate truth is that these posts were filled with false information and spread quickly across social media.

According to a National Geographic article on these posts, they were created with good intention. The original creators saw the photos, thought they were relevant and posted them without realizing that the photos in question were either from another area or time. For example, the swans in the photo were actually year-round inhabitants of Burano, Italy and the dolphins are from Sardinia, Italy, not Venice.

Watts believes that people want to see these kinds of posts, even if they are fake, to hear good news during a hard time.

“People want positive, uplifting things,” Watts said. “They want to see that nature is resilient and that nature can bounce back from what we’ve done to it.”

Watts encourages all people to choose factual information over sensationalized misinformation, for the good of the environment and of their own minds.

“Once people see that good information is false, the letdown from that is even greater than [the bad news],” Watts said.

STA senior and active Sunrise Movement KC member Kailee Ford believes that posts like these are bringing a movement called ecofascism to the spotlight: the idea that a thriving environment must come at the cost of human lives.

“Even though air pollution in China went down, it was because the entire country was shut down, and it was at the expense of human life,” Ford said. “Tons of people died.”

“From what I understand, there has been a lot of talk about how humans are the virus and blaming people as a whole instead of recognizing who is actually causing [the environmental crisis],” Wolfe said.

Watts, who has been keeping herself updated with environmental news during the pandemic, has found that social distancing and other reparations of the virus have had overwhelmingly positive impacts on the environment. In her research, she has found that regional and international travel cuts have helped to lower carbon emissions, since less fuel is being burned. As a result of reduced water travel, the water in popular boating areas has become clearer.

However, stay-at-home orders across the world have led to some environmental downturns as well.

“A negative impact would be an increase in municipal solid waste,” Watts said.

Municipal solid waste, according to Watts, is any trash that humans produce at home.

Ford believes that the ongoing climate crisis is still important to recognize during the COVID-19 pandemic, despite the positive impacts of reduced human movement.

“Even though the Coronavirus is a very big crisis that is happening right now, I also want people to remember the climate crisis is still a thing, it’s happening now and it’s not going to go away,” Ford said.

Wolfe understands that during a pandemic, climate activism is challenging to pursue. However, he encourages everyone to get involved at home in any way they can.