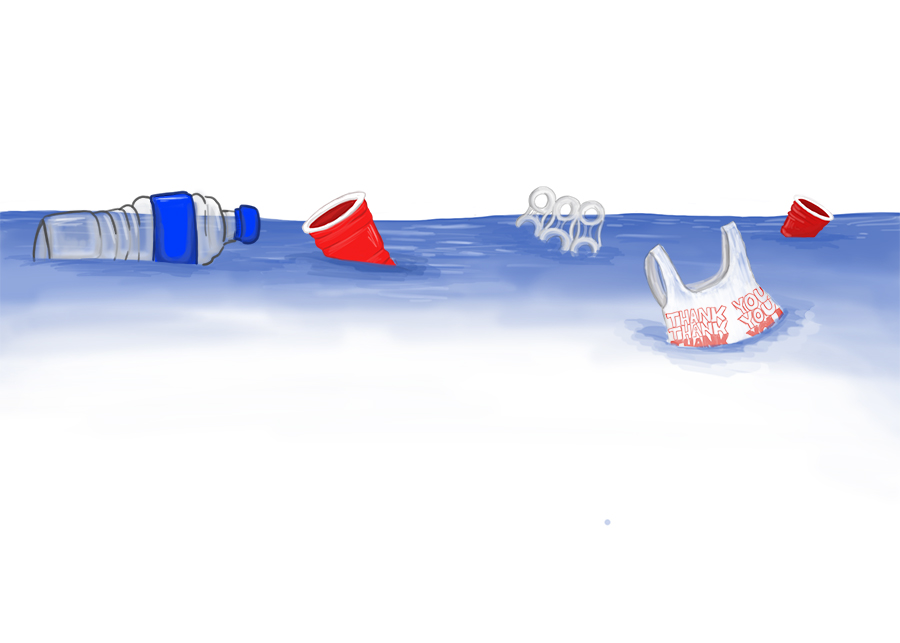 Vacationing has an extreme effect on the environment

New studies have shown that traveling is one of the main causes of large carbon emission in the world. However, it has been hard to reduce due to the large growth of interest in vacations in recent years.

Senior Brooke Eldridge was traveling through Yosemite National Park with her family, enjoying the warm weather and beautiful environment during one of her vacations. She soaked in all the details around her from the peaks of the mountains to the lush green of the trees. However, as she walked along, she stumbled upon a cigarette butt on the ground near some trees. Eldridge said this was a wake up call for her as she realized a simple action like tossing a cigarette to the ground could have caused the spread of a wildfire.

Vacations are great for students, but it can be difficult to realize the impact that traveling can have upon the environment. According to The New York Times, traveling has found its way to the forefront of issues that have greatly increased climate change over time. For example, the amount of trash found on the beaches of Gulf Shores, Alabama in 2016 led the city to enact a $500 fine for travelers who did not clean up after themselves.

Olivia English, founder of Live Green KC, an organization which looks to educate citizens about living an eco-friendly life, is disappointed to learn that cities have had to take measures like these in order to ensure the safety of their environments.

“[Be] proactive instead of reactive,” English said. “I hate that in such a privileged country we have to fine people instead of encouraging them and rewarding them [for protecting the environment]. Lab mice learn faster from cheese than from electric shocks.”

Eldridge believes that if people could be taught about the damages they cause, areas wouldn’t see as much of a rise in pollution.

“People just need to be more educated,” Eldridge said. “The movement against plastic straws has absolutely blown up because the average Joe can connect the straws to [hurting] sea turtles. The more easily understood education we can get out in the world, the more aware people will be.”

English agrees that education would be the way to go in order to show people the effects that even small objects like plastic bags can have upon the environment.

“Teachers teach us basic skills and more,” English said. “I believe we need more teachers to share passion and encouragement. Teachers should be the life force of a healthy planet and a mindful student.”

New studies done by the World Tourism Organization have shown that the biggest contributor to environmental impact may not necessarily be the activities travelers participate in on vacation. Rather, it is believed that the time spent getting from one location to another could be the most devastating due to carbon emissions from airplanes and other sources of travel.

One study done by Nature Climate Change investigated 160 different countries in order to better understand the carbon footprint left by tourism, which is the amount of carbon dioxide produced through the use of fossil fuels. The study revealed that carbon emission grew from 3.5 to 4.5 billion metric tons annually from 2009 to 2013. The study also shows those numbers don’t show any signs of slowing down in the future.

However, tourism can also have a positive effect. It is a large income source for many countries, and without it a huge amount of jobs would be lost.

According to the International Labour Council, 107 million jobs were created in 2015 thanks to tourism. Their studies show that a country with a growing tourism industry will be less likely to address the environmental impact tourism has upon their country. However, English believes that economic growth may have to be put second in the fight to stopping polluants, as some areas have becomes almost beyond saving.

“I’ve been to the Amazon River with Coca Cola bottles floating by pink freshwater dolphins,” English said. “I’ve seen fish in ponds of KC suffocate in plastic bags. I’ve seen it get so bad that my own community is hopeless and waiting for doom. I’ve seen San Francisco and New York so dirty with trash and straws even I couldn’t pick up all the trash. So speak up, and don’t give up.”