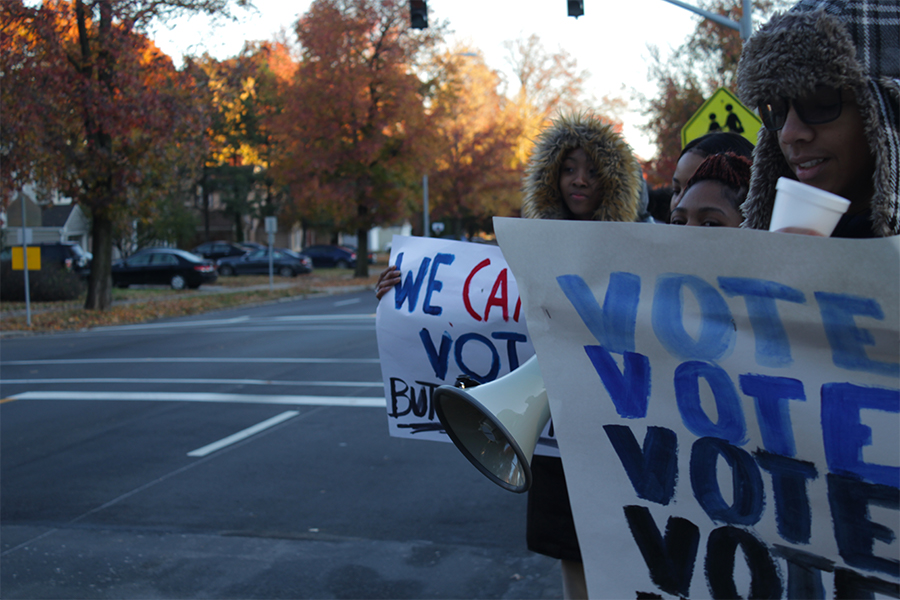 High school students make their mark on the midterms

Young people are more engaged than ever in what's slated to be massive election turnout.

According to a study released last week by the Institute of Politics at Harvard Kennedy School, young Americans, specifically those between the ages of 18 and 29, are “significantly more likely” to vote in today’s midterm elections, with 40 percent reporting they will “definitely vote.” As of yesterday, 36 million Americans had already voted early, indicating a potentially record-breaking turnout overall.

Senior Lia Siro voted for the first time today but admits that she only recently became deeply interested in politics, after realizing that she would be able to directly participate by way of the midterms.

“With the past election there were so many people who didn’t vote or who voted and it was kind of irrelevant,” she said. “They took it as a joke.”

But this time around, Siro has sensed a change through social media. She explains that by taking a quick look through STA students’ Instagram stories, you can see “really political posts.”  She mostly attributes this to recent graduates.

“I’ve seen [them] talking about absentee voting, that you can vote this way or that way and registration deadlines,” Siro said.

Siro herself has felt inspired to voice her political opinion recently, especially in regards to the importance of voting. Take her story post from today—a tweet by astrophysicist Neil deGrasse Tyson reading “Look what happened the last time you didn’t vote.”

Siro thinks that the 2016 presidential election is precisely what is motivating young people to vote.

“It’s just been a buildup with the president,” Siro said.

STA students, however, are not the only ones becoming more active. Future Votes KC is a student partnership between University Academy, a predominantly African-American Kansas City, Missouri charter school and Hyman Brand Hebrew Academy, a private Jewish day-school in Overland Park, Kansas. Each year, the group chooses a social justice issue to tackle—this year’s being a get out the vote campaign. 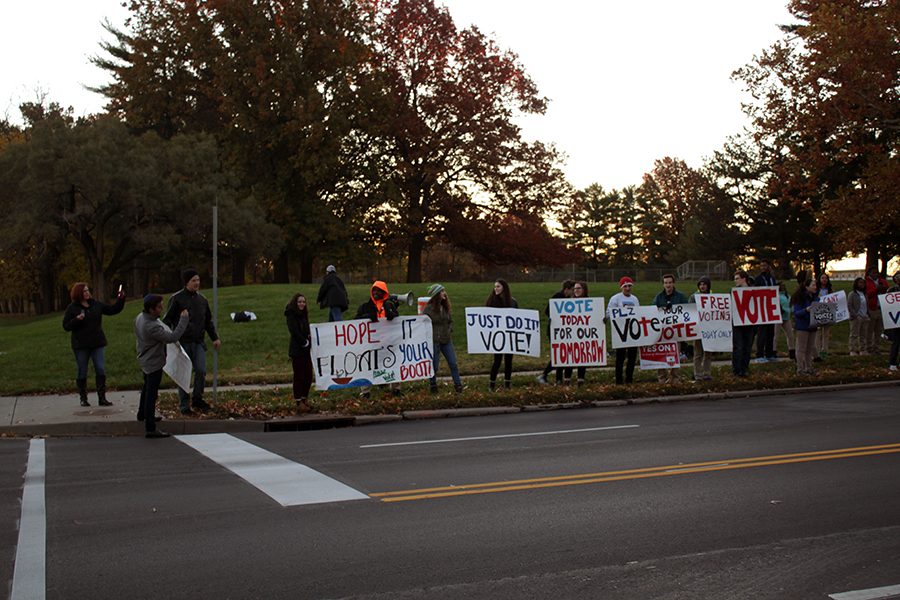 This morning, Future Votes KC lined the sidewalk in front of Holmes Park with colorful signs and a booming megaphone to encourage morning to commuters to vote.

“We’re really excited,” UA senior Bernadette Looney said as drivers honked in passing. “A lot went into [the rally], we read through some of the amendments and propositions, we did some phone banking and we made signs just to get out here today to help people to vote,” Looney said.

As the polls begin to close and uncertainty looms, it remains clear that young people will have made their voices heard.