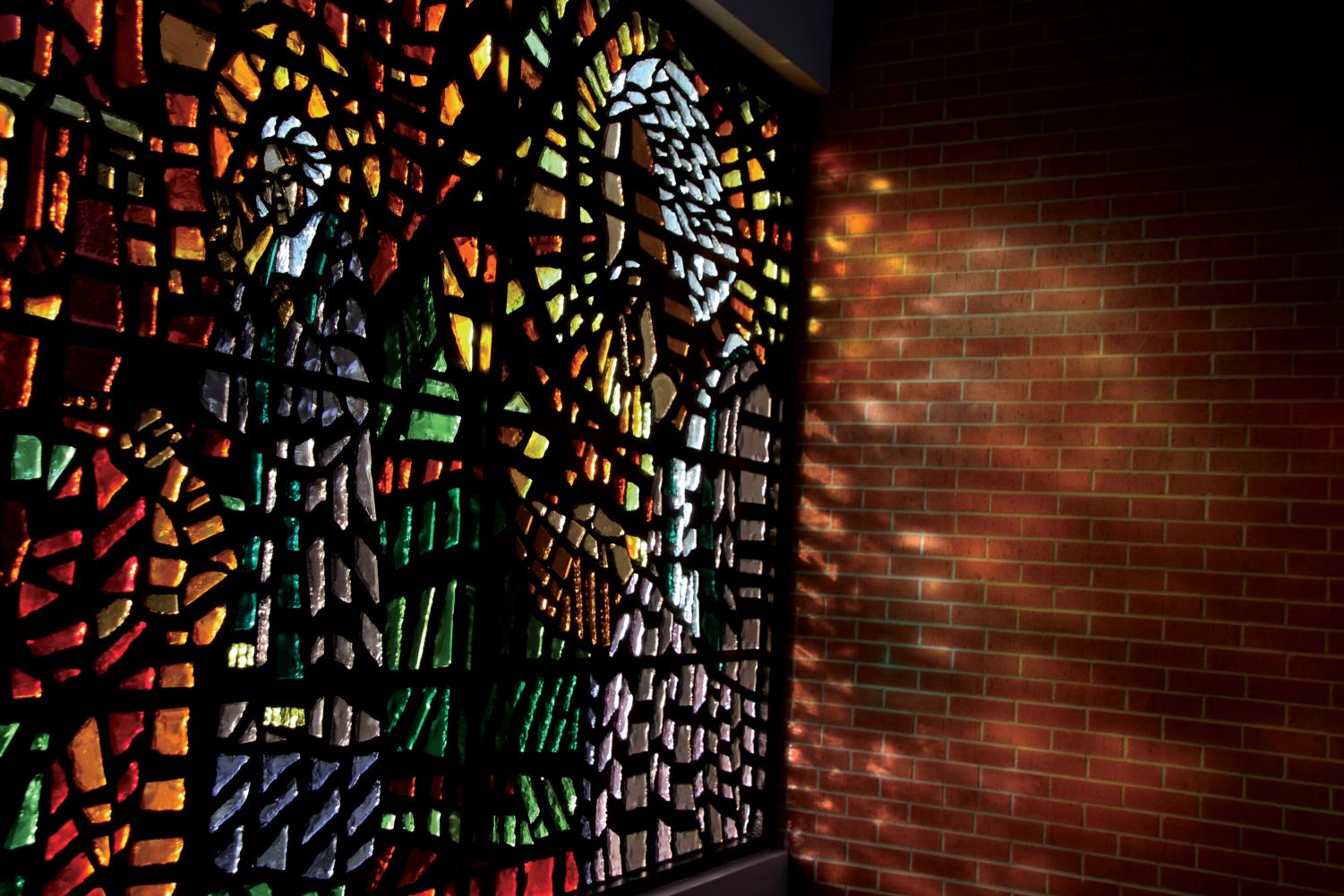 Catholics at a Crossroads: Community Reactions to a Culture of Abuse

Following the in-depth report of widespread child sexual abuse by priests in Pennsylvania, victims across the country are calling for similar investigations. Of the 300 priests investigated in Pennsylvania, two were former Kansas City-area priests: the Rev. Mark Honhart and the Rev. Marvin Justi, both of whom were moved from their parishes to new ones in Pennsylvania. In the Kansas City area overall, 230 priests have been identified as being sexually abusive. Amid this crisis, the Catholic community stands at a crossroads. Priests, laity (or non clergy members) and sisterhoods are reassessing the structures within the Church such as clericalism, which is the formal leadership of ordained clergy in a parish. The Dart sat down with three members of the local Catholic community to explore their unique perspectives.

When Sister Ruth Stuckel told her mother she wanted to become a sister, she wasn’t surprised. She had been in what she calls a “love relationship with the Lord” since sixth grade and had just been accepted to Fontbonne University, which was founded by the Sisters of St. Joseph of Carondelet.  She entered the CSJs in 1954, right after she graduated high school, and has lived by its charisms (or gifts of grace) ever since. She cites one charism in particular in regards to the abuse that is being revealed—Unity and Reconciliation.

“We need to be completely open about all the trauma in order to get healed,” Stuckel said.

A big weakness that she points to in the Church is that bishops operate in their own “fiefdoms,” with no ability to discipline each other without taking the issue to Rome. Another issue within the Church is clericalism, which Stuckel describes as a “big boy system.” Where men are discouraged from reporting others and where women have a hard time finding an “in” because of the way they are characterized in the Church as “handmaids,” always aiding the Church’s ministries but never leading its liturgies.

Despite this system, Stuckel cannot separate her love of the Lord from the Church as an institution. She cites multiple positive experiences with liturgy and Eucharist that have given her what she describes as a “Sacramental Heart.” However, she fully acknowledges the sin that exists within the Church.

What gives Stuckel hope is the movement in Missouri to uncover the abuse within the Missouri dioceses. She compares it to the movement when gymnasts spoke against Doctor Larry Nassar and his systems of abuse. Additionally, Stuckel references “Protecting God’s Children,” the program built to teach people who work with children how to recognize and report child sexual abuse as a strong element in purifying the Church. However, she acknowledges that it is imperfect, and the potential for abuse remains even after the course is completed.

“As long as there’s Church, there’s going to be problems,” Stuckel said. “But as you know, God is with us until the end, and I think we’ll weather them. It’s purification.”

As more allegations of sexual abuse make headlines, conversations have begun on how to further prevent child abuse by priests. One option that is mentioned frequently, as illustrated in the Jesuit Post article “Where Do We Go From Here,” is to ordain women. Stuckel sees this as being long overdue. When the Second Vatican Council adjourned in 1962 with the promise of female priesthood in the not too distant future, many of Stuckel’s hopeful associates sought training but were never ordained by the Catholic Church, so they sought ordination in other denominations.

“I don’t have any difficulty with that, I think follow the Spirit,” Stuckel said “Some, from the time they were this big, felt called by God,” she holds her hand to the height of a small child.

Through all her years in the Church, Stuckel believes that it will be purified eventually, even if that means it will first be dragged through the mud.

As our interview comes to a close, she bows her head in prayer and asks God to calm our minds after discussing the blight on the Church. 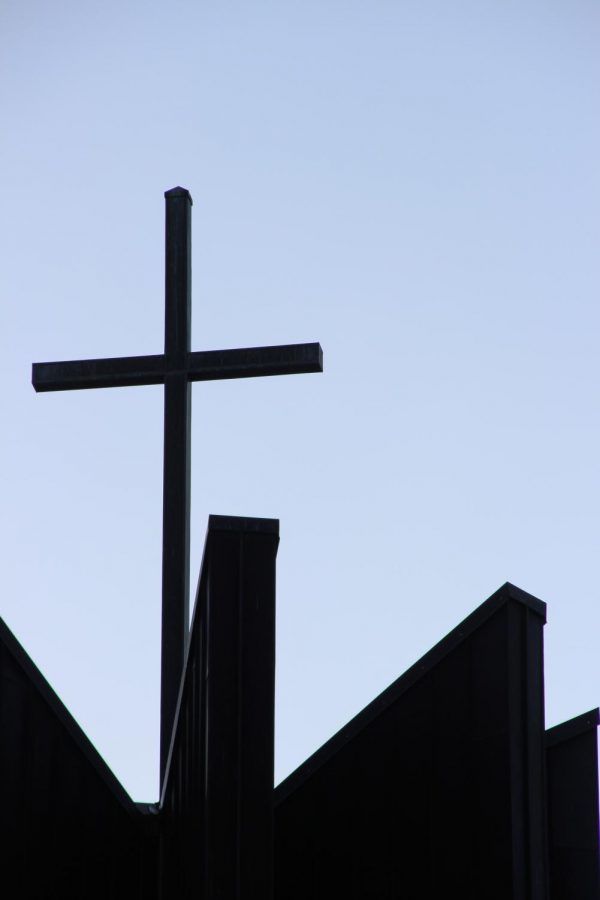 The Educator and The Believer

“First and foremost,” Good said. “We need to take care of anyone who’s been harmed. They take priority. But then, we have to be investigators and we have to remove [abusive priests and conspirators] from their offices until the investigation is complete. And if accusations prove accurate, then they lose their faculties.”

“I wish I could say I was surprised,” she said, and her voice trembled slightly.

But she wasn’t. That doesn’t mean that it didn’t still hurt.

“It is all so counter to God’s vision, God’s dream, God’s hope,” Good said. “It is so contradictory to who God is and what God wants for all of us.”

Arredondo wasn’t surprised either. As a 14-year-old, she had witnessed her hometown St. Louis parish go through a similar experience. However, there’s something about this time, 13 years later, that makes it different. She credits new conversation around consent and the Me Too movement with helping victims feel like they don’t have to hide.

In Good’s words, “We’re more real. We’re more willing to address the reality of our human existence: the brokenness as well as I think we are mindful, attentive, aware that we’re not getting anywhere if we don’t. We’re only making the problem worse.”

Good hopes this will be a pivotal point for the Church.

“Maybe I’m a fool, but I continue to have hope that God’s hand is somewhere and will get us through this messiness as it has before, and the Spirit will move in such a way that we right ourselves again,” Good said softly.

Arredondo, too, asserts that moments like these can be good for institutions.

“The Church owes itself some true honesty, and it is getting a huge dose of humility,” Arredondo said. “That combo can be transformative if they let it.”

In addition to letting that humility be transformative, Arredondo believes that there needs to be introspection and examination of some of the traditions that are perpetuating abuse and violence. She questions the way that priests have been formed in seminary and the expectations placed on them.

That’s where Arredondo believes the true conversation lies— a conversation that involves the laity, or non-clergy members.

“There’s people who have been in this Church their whole lives, or people who have converted because they’ve feel really powerfully connected to the Church, who can offer some amazing perspective,” she said. “And maybe they’re not steeped in doctrine, but maybe that’s better. Because I think that the doctrine is also part of what perpetuates the power cycle that can be corrosive.”

Good echoed the need for laity to be involved in reforming the Church.

“Otherwise if we just leave it to the same system to solve the problem, nothing’s going to get changed,” Good said.

She says she understands why people would want to leave the Church. Arredondo replies that for many people, this can stand as another justification or knock against the Church. Both Arredondo and Good emphasize that change can only take place if believers are willing to remain and work toward that change.

However, there’s a healing that must take place first, and that process is only just beginning.

“Read the Gospel,” Arredondo said. “Heal your heart in scripture… When our institutions fail us, we have something really beautiful right before us that we can turn to for comfort.”

“Helpless, helplessness”—that’s what Richmeier felt when he first learned of the comprehensive report detailing widespread sexual abuse and subsequent cover-up by the clergy in Pennsylvania.

“And sadness, mostly for the damage that was done to the people,” Richmeier said.

Helplessness and sadness, but not suprise. Richmeier explains that Pennsylvania is merely a piece of the an ongoing, widespread revelation.

“There is more yet to come,” Richmeier said. “It’s not surprising that more information comes out but [that] doesn’t make it any better or easier.”

Though no longer surprising, Richmeier explains how this account of abuse is different from similar reports out of Boston and even Kansas City in years passed. He distinguishes the Pennsylvania report as having a greater depth of information.

“It sounds like [the abuse] was more intentional and more systematic,” Richmeier said.

He distinguishes that this time, “the hierarchical, structural Church [is] feeling more of the heat, more pressure to do something.”

For Richmeier, the best way to do “something” would be to restructure the hierarchy of the Church in the interest of implementing checks and balances on people in positions of authority. Richmeier believes that if left unaddressed, the Church will continue in the same direction.

“Any organization is at risk of doing what they do to self-perpetuate and to protect their own butts, the Church is no different,” Richmeier said. “Explaining away behaviors is part of [that].”

Richmeier cites this as the reason behind the Church’s tendency to protect their image “at the expense of children.”

He describes a culture of cover-up in which Catholics have been taught to equate the words of the Church with the word of God.

“People have been taught not to distinguish,” Richmeier said.

Following this logic, questioning the Church would be questioning God, leading to the acceptance of large-scale cover-ups.

“If you’re trying to uphold the image of being Christ on earth—first of all, you can’t, that’s impossible,” Richmeier said, laughing. “If you try to hold that image then you have to say well, ‘we don’t make mistakes’ because Christ doesn’t make mistakes.”

Tentative but hopeful, Richmeier trusts that, “When truth is spoken, it has a good effect— truth will win out.” He offers Pennsylvania as an example of the “truth coming out,” denoting that it will not be the last time.

“When we hear about it again some place, when that happens, truth will come out, and as hard as it is, I think that it’s important,” Richmeier said with certainty.

Richmeier says more definitively this time he is indeed, “hopeful.”

“The truth will happen when people in the pew, will call the Church to accountability by speaking the truth,” Richmeier said.

One Response to “Catholics at a Crossroads: Community Reactions to a Culture of Abuse”