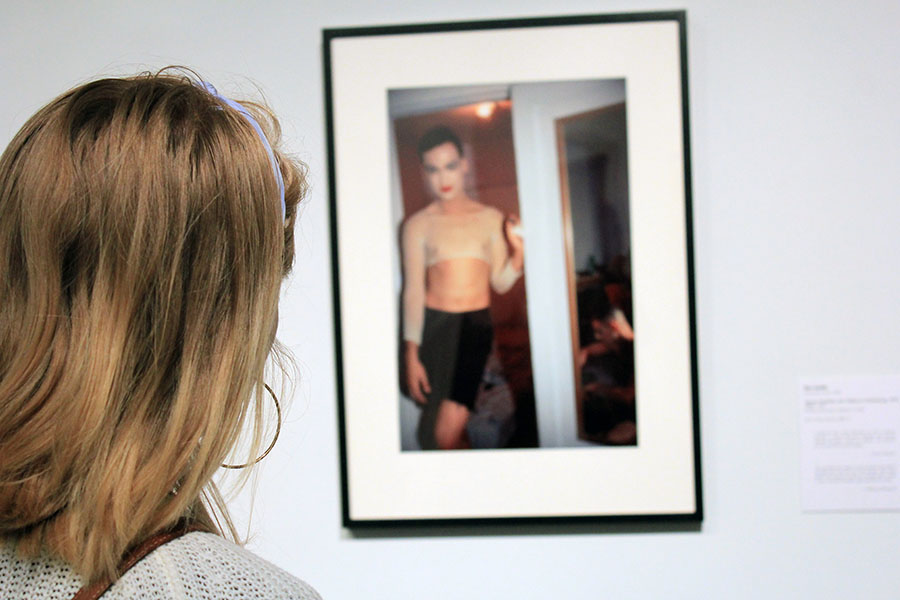 Members of the Kemper Museum’s Teen Arts Council curated an exhibit titled Flaw[less], which detailed culture and struggles of identity.

The Kemper Museum of Contemporary Art had hosted a group of teenagers from January until August. They worked as a group to curate their very own exhibit. After months of endless planning, it all came together as Flaw[less]

“(Flaw[less]) was to show that everyone has flaws, and we should learn how to express our flaws rather than being ashamed of having them,” Hogan Preparatory School junior Alecia Sharpe said.

Students from area high schools went through an interactive interview process before getting accepted into the program.

“I had always been interested in art related stuff, so I decided to sign up for it and I went through the interview process and got accepted,” Sharpe said.

Jessica Thompson-Lee is the museum educator for youth and family programs at the Kemper and is also the creator of the Teen Arts Council.

“I actually got to start the program and see it through its first year,” Thompson-Lee said, “t’s their voice, they’re the ones really making the decisions. I just guide them along the process.”

The council hosted events such as ‘Teen Studio Saturday,’ which was a drop-in event on the third Saturday of each month where teens could make art based around a central theme. They also hosted a teen art night where teens could sketch in the galleries of the Kemper.

However, the biggest event was the four month long process that was curating the exhibit Flaw[less].

The collection shows pieces dated anywhere from 1920 to 2013, and is meant to showcase the idea of having flaws and learning to love them.

“You are flawed as a person, but you are also flawless,” Sharpe said. “We wanted to include the ‘less’ part to show that it is something you can take off.”

When the Kemper announced to the teen council that they would be curating an exhibit, Sharpe was excited.

“It was like, if people could see me as a youth doing this, then hopefully I get the opportunity to show other people they can also do it,” Sharpe said.

The entire teen council had a list of possible pieces from the Permanent Collection to choose from, and everyone was involved in the decision making process.

“We narrowed it down to around 25 pieces, and from there we took all of those pieces and we set them in that room,” Thompson-Lee said, “We ended up with only about 14 pieces.”

Along with choosing the final pieces, each member got to choose one of the pieces to write a description on.

“The one I picked to write a description on was this guy in a mirror, it was signifying gender and how it shouldn’t matter and how sexuality doesn’t define everything,” Sharpe said.

Sophomore Maggie Dodderidge went to see the exhibit Aug. 23. She connected with the piece that Sharpe wrote her description on, titled Jimmy Paulette and Taboo! Undressing, NYC, 1991.

“I liked it because it gave us insight into what it was like to be part of the LGBT+ community before now,” Dodderidge said.

She thought the specific piece was a way to look at the LGBT+ community in a light that, while taken in the past, still applies to people everywhere today.

“I just want people to see the world different,” Sharpe said, when describing her interpretation of Flaw[less], “You should be based on what you are on the inside, not who you show to the outside. Rather fitting someone else’s expectations, fit your own.”

Flaw[less] will be shown at the Kemper until Feb. 17, 2019. Applications for the 2019 Teen Arts Council will be posted on the Kemper’s official website in November.