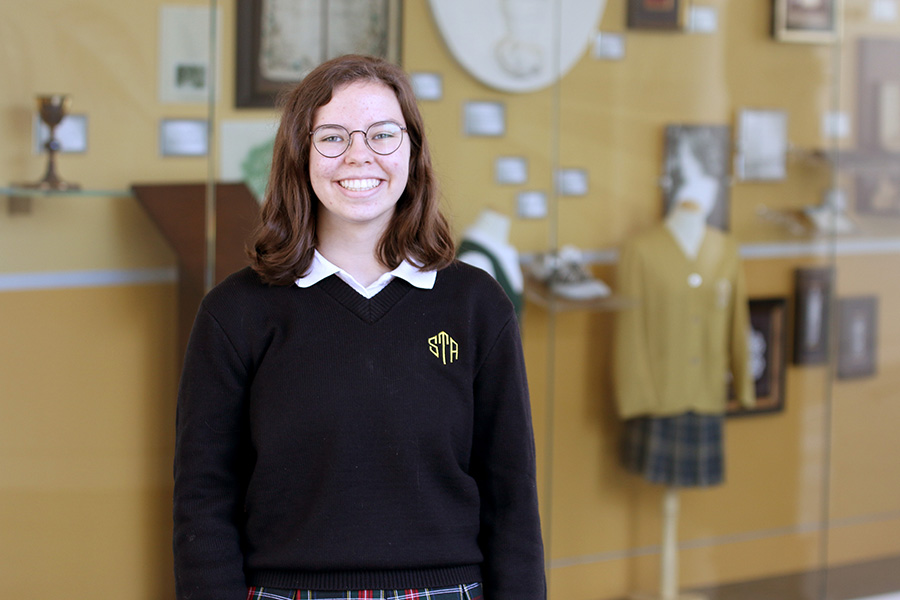 This traveling exposition, the first of its kind, hosted vendors selling unconventional taxidermy, macabre art and unusual jewelry. After Kansas City, the exposition moves on to five more cities.

A line wound around the KCI Expo Center, through the parking lot, and up the side of the center on April 3 for a curious event. People decked out in anything from platform boots with bat wings attached to elf ears waited patiently in line to buy their ticket for $5 and be admitted to the Oddities and Curiosities Expo.

“It’s really cool, once you get in,” a man said excitedly as he left the center with a spider hat on his head.

Hundreds came out to the Oddities and Curiosities Expo, the first traveling event of its kind, which is set to hit seven cities this year, according to the website.

West Everts, 19, stands in line for over an hour waiting to get in. She is dressed in black from head to toe, with black lipstick to match. She doesn’t know exactly what to expect, but she hopes to buy some animal bones for her collection that she’s been curating for around two years.

She fiddles with her necklace, a metal pendant in the shape of a cow skull, and explains the importance of ethically-sourced bones in “Vulture Culture,” the community of people who scavenge animal bones, pelts and other animal remains. Vendors were required to only offer ethically sourced bones for sale in order to host a booth.

“I would never buy bones from anyone that I think might have had something to do with the way the animal passed,” Everts said. “The way that I scavenge them, I get roadkill and things like that. There’s a lot by where I live because I live next to a highway.”

“Our vendors gather their remains and make them beautiful again in all kinds of different ways,” reads the official website.

Inside the Expo Center, aisles of these vendors attract customers. Filmmaker Greg Chaffee is stationed in a booth of his own, with a red-tailed boa wrapped around his middle, which Chaffee introduces as “Diva.” It is named so because it is a special variant of red-tailed boa. A young girl is tapping on the glass case of a yellow Burmese python, and small rats run around in the plastic boxes at Chaffee’s feet. While he planned to just walk around the expo with his snake, he was given a booth.

Just up and across one aisle, Andrea Marks and Ami Boyer stand in front of their wares and a “Dainty Doll Heads” sign. Among the items available for sale are rings made from doll heads and terrariums featuring turkey skulls and butterflies made from feathers. This was Marks and Boyer’s first convention, and they planned their booth, products and signage in just two weeks.

Other stations, such as the Black Moth, had been in the business of oddities for a while longer. Its owner, Maris Blanchard, is a full-time high school art teacher. Shoppers stop by her booth, running their hands over smooth quartz she has up for sale and inquiring about the prices of a life-like taxidermied chick. After making a sale, Blanchard places the money in one of three pouches around her neck, all made from toads.

Blanchard did the expo in Tulsa, but felt that the Kansas City show was four or five times as big. While she is new to the oddity show scene, Blanchard is involved in the haunted house industry, and had just returned from a six-day Halloween show, the biggest in North America.

“Anyone that considers themselves not normal,” Blanchard said. “I go to a lot of tattoo conventions, Halloween conventions, horror conventions. Where the weirdos are.”

Liz Taylor is self proclaimed as one of those people looking for odd things to acquire. When she became interested in taxidermy four years ago, she was unable to find any pieces that matched her taste. Taylor opened her own store, Flawed Fox Creations, and began making her own pieces. On her booth are squirrels dressed in Victorian style crowns and set into ornate photo frames, as if they are returning from afternoon tea instead of being roadkill. Taylor uses anything from British Royalty to Victorian Era fashion as inspiration for her pieces.

An hour later into the Expo, Everts has picked up a couple of items. She carefully unwraps a plastic bag to reveal a mandible, and pulls some incense out of her purse, which she bought from a card-reader.

“I liked that this particular mandible had a tint of red, because some of the others had been bleached,” Everts said.

The Expo also hosted performers, such as the Crispy Family Carnival. Its lead, who goes by Mr. Crispy, stands by the stage after an act in a black top hat and red and white striped suit. His group does all the traditional midway acts, such as sword swallowing, fire-eating, and lying on a bed of nails. He lists them off as if they are a simple grocery list.

He has been following the expo since it was in Tulsa, putting smiles on the faces of the crowd. For Crispy, that is what makes an act successful.