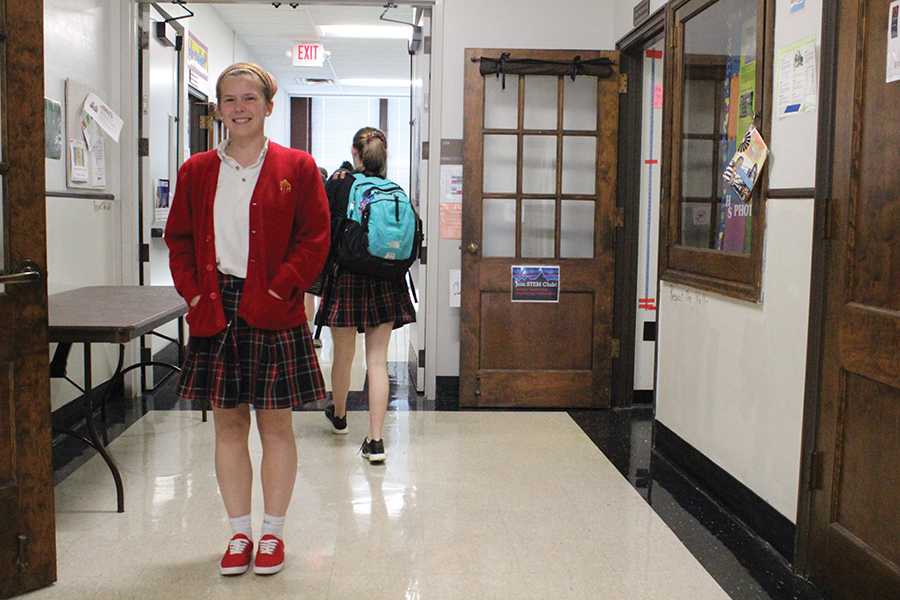 Life outside the private school system

Students recall their experiences with public schools in comparison to STA.

Already attuned to the life of plaid skirts and small classes, many STA students know of only a life in private or Catholic schools. However, there are also the few who come from public schools. These receive the opportunity to experience a completely different school system.

There are a small amount of girls at STA who have had their fair share of both worlds, knowing first hand the differences between public and private schools. These differences span farther than just boys and outfits; they include opportunity and diversity. 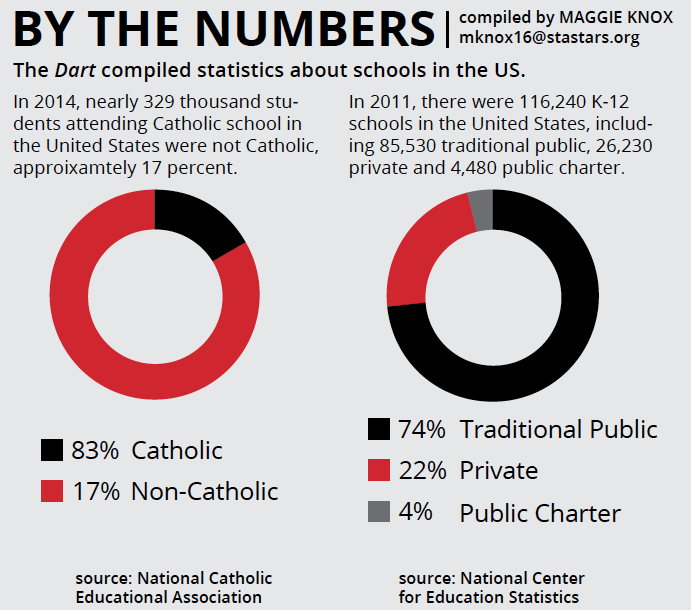 For Shawnee Mission East sophomore Emma Vaughters, these two differences affected her decision to transfer out of STA after her freshman year. Vaughters was in Kansas’ Shawnee Mission School District since kindergarten, attending Belinder Elementary School and Indian Hills Middle School. According to Vaughters, she was ready for a change of scenery by eighth grade. However at STA, she began to notice a major difference in opportunity between the school systems.

“I feel like whenever I was enrolling at STA I was just surprised at the lack of elective choices,” said Vaughters. “I just really envied all the opportunities [Shawnee Mission East students] were getting.”

As well as a greater number of electives, East also offers the International Baccalaureate (IB) program. According to Vaughters, this program allows one to follow the same curriculum as others student in IB across the globe. A student in an IB school in Kansas is learning the same thing as in an IB school in China.

The Shawnee Mission School District also offers a program allowing students to skip a year in math, starting in sixth grade. For Vaughters, this included qualifying with her fifth grade math scores, then waking up early every day of sixth grade to attend Pre-Algebra at Corinth Elementary School. After taking Algebra I in seventh grade, she and around 40 other students at Indian Hills went to Shawnee Mission East during their first period of every school day to take Advanced Geometry.

“I did not enjoy the process of having to switch schools every single morning,” said Vaughters. “It was definitely hard having a teacher that wasn’t at your school, because at the end of the day if I wanted to go see my teacher I couldn’t.”

According to Vaughters, one of the main things she misses about STA is the free period system. She believes it taught her valuable study and time management skills. At East, she quickly learned it’s value with the majority of her homework now completed at home. The next major difference for Vaughters is the matter of life with boys.

“I felt like girls were a lot more themselves [at STA],” said Vaughters. “They weren’t afraid to be funny or raise their hands in class and be smart, because there weren’t any boys around to be degrading.”

“I definitely feel like girls tried too hard to dumb themselves down to get a boy to like [them],” Hulsey said. “Girls would paint their faces with makeup.”

According to Hulsey, she also sees a great contrast in school spirit. At Raymore-Peculiar, her Friday nights were reserved for standing in the student section at football games.

Hulsey has also noticed a change in curriculum between the school systems. At Ray Pec, she felt the curriculum was less challenging and more focused on passing. With a graduating class size larger than the entire STA student body, she found it harder to receive personal time with teachers. According to Vaughters, she also noticed this difference transferring back to public school.

“At STA I feel like there were teachers that I could go in at any time and they would drop whatever they were doing to help me,” said Vaughters. “At SME I think that there’s not as much of a connection just because they have so many more students they are working with.”

According to Hulsey, she has also noticed a different attitude in her fellow students, mostly due to the lack of cliques.

“It is nicer here,” said Hulsey. “It is the sisterhood. We don’t really have that in public schools.”

According to Vaughters, mindset is key to which students belong at which type of school system. Though she believes STA and East both have a lot to better, she believes her mind fits better at STA.

“I just didn’t feel as comfortable at STA compared to Indian Hills and East,” said Vaughters.“I guess it just kind of depends on who you are.”