The Dart explores the reality of alcohol use at STA. With the recency of spring break and school dances, the situation is increasingly prevalent. 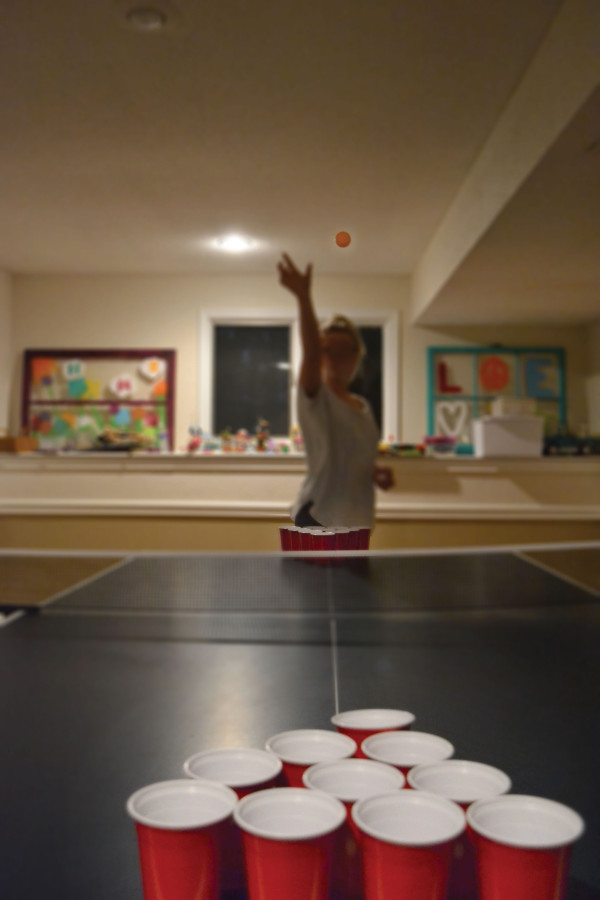 * Name has been changed to maintain source’s anonymity.

Students flooded the halls of STA, filling the school with their spring break stories. Some students talked about vacationing with family, visiting colleges, or staying at home. Others conversed about their week-long, hazy, alcohol-induced experiences.

Talk of alcohol use and abuse has often been a hot topic after spring break, school dances and holidays.

The magnitude of the problem on a national level has swelled in recent years. A study from the National Institute on Alcohol Abuse and Alcoholism (NIAAA) reports that in 2003, the average age for a person to first use alcohol was 14, compared to the age of 17.5 in 1965.

Before one can explore the topic of teenage drinking, the difference between alcohol use and alcohol abuse must be clear.

According to the University of Rochester, alcohol use is when a person drinks in moderation, ensures that the focus of the evening is something other than the alcohol itself and does not drink with the sole purpose of getting intoxicated.

On the other hand, according to the NIAAA, alcohol abuse is a pattern of drinking that results in one or more of the following situations within a 12-month period: failure to fulfill major work, school, or home responsibilities; drinking in situations that are physically dangerous, such as while driving a car or operating machinery; having recurring alcohol-related legal problems, such as being arrested for driving under the influence of alcohol or for physically hurting someone while drunk; or continued drinking despite having ongoing relationship problems that are caused or worsened by the drinking.

According to the Dart’s survey of 233 STA students of all grade levels, 159 girls said they drink or have drunk alcohol. Out of the students surveyed, 72 percent of seniors reported drinking, along with 75 percent of juniors, 76 percent of sophomores and 50 percent of freshmen.

Teens drink in a variety of situations, from small get-togethers with friends to large holiday parties, according to STA junior Jessica*. However, some people would rather drink in one situation over another.

“I don’t like big parties,” Jessica said. “I would rather drink with a small group of friends.”

In understanding this prevalence of adolescent drinking, as well as decoding the teenage thought process behind it, STA personal counselor Amanda Johnson sees both the media and friends as a part of the equation.

“[In the media, alcohol is] sexy,” Johnson said. “It’s exciting, it’s daring and it’s very much glamorized. People are always laughing and having a good time at the bar with their friends. You don’t see the aftermath of the girl puking in the toilet or being sexually assaulted because she got date-rape drugged.”

In terms of the social aspect of teenage drinking, Johnson thinks that there is an underlying peer pressure to do what your friends are doing.

“[For teens], there is a sort of excitement about getting away with something,” Johnson said. “[Drinking] makes them feel older and less inhibited. It is easily accessible, so why not?”

Jessica thinks that the social setting around alcohol use is also important in keeping things relaxed.

Johnson believes these statistics in general, but is unsure of their relation to the true statistics of teenage drinkers at STA.

“I have a fairly good pulse on what’s happening,” Johnson said. “But again, I don’t see every student and not always are students comfortable sharing with me if they drink.”

However, girls who choose to not drink still are pressured to do so and may feel as if they will be shamed for not doing so. One of these girls is junior Aubrey*.

“[Drinking] sounds kind of harmless,” Aubrey said. “It’s not like a huge deal.” 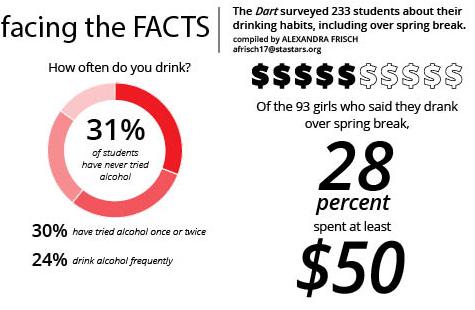 According to Johnson, teens should consider the health and legal risks, among others, of alcohol abuse when faced with the decision to drink.

When alcohol consumption becomes abusive, there are serious health risks for teens. Alcohol Dependency and Alcohol Use Disorder (AUD) become prevalent issues in teens once the first stage of drinking—usage—is surpassed. Problem drinking that becomes severe is given the medical diagnosis of AUD. Meanwhile, alcohol dependency, or alcoholism, is a more serious case of alcohol abuse than just alcohol abuse itself; not all alcohol abusers develop alcohol dependence or alcoholism, according to the National Council on Alcoholism and Drug Dependence (NCADD).

Various legal risks also accompany teenage alcohol abuse. However, even alcohol use can be enough to get into substantial trouble with the law.

Although prohibition is long in the nation’s past, other national drinking laws still apply to all 50 states and the District of Columbia.

Two charges that teenagers can (and do) face regularly are Minor in Possession (MIP) and Minor in Consumption (MIC). Teenagers can be charged with an MIP whenever they are holding alcohol or are near it without an adult over 21. MICs can be issued by police when a minor has drunk or is drinking alcohol, which can be confirmed through breathalyzer tests, among others.

MIPs, MICs, DUIs (Driving Under the Influence) and DWIs (Driving While Intoxicated) are all grounds for fines, license suspensions and other legal problems that not only involve the adolescent at hand, but their peers and guardians as well.

“You need to be conscious about [drinking],” Johnson said. “It doesn’t just affect you. If you were to go to a party and have a drink and the parents are home, they can be legally liable. If you take a drink and decide to drive, you are not only endangering yourself, but potentially a lot of others as well. When you make the choice, it’s not only affecting you; it can potentially affect a lot of other people.”

Although many students at STA regularly drink alcohol, many have felt uncomfortable in situations where there were legal or health risks involved, as well as at parties with too many people, such as junior Sydney*.

“If I’m with the right people, I’m like ‘this is fun’,” Sydney said. “If I’m not, then being drunk makes me feel stupid because I feel like an idiot. It’s like I can’t even control myself.”

“I went to [this party], and it was awful because people were just wanting to get drunk,” Jessica said. “[People] invite me to parties like that all the time and I don’t go anymore because that’s not fun for me. It’s when you surpass your personal limits that things can get risky and dangerous.”

STA junior Elizabeth* thinks that she would become annoyed if she were to go on a spring break trip to a common destination for teenagers, such as Gulf Shores, Ala.

“If [I were at Gulf Shores,] I’d just be surrounded by drunk people,” Elizabeth said. “It’d be annoying.” 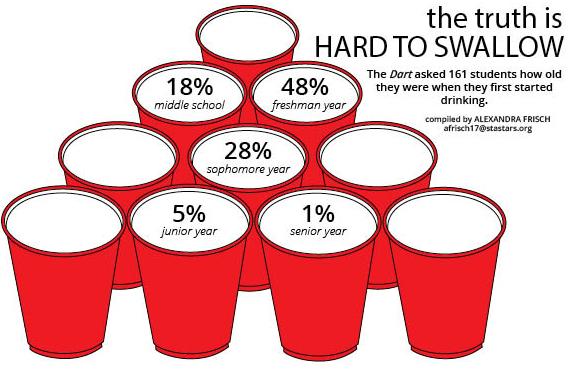 Teenagers drinking is inevitable. However, avoiding the problem itself is still an option for some girls through their time at STA.

“Everyone kind of dismisses [drinking],” Aubrey said. “It doesn’t really affect my choices of friends. Outside of school, though, I’m not really friends with [girls who drink].”

On the other side, Johnson encourages girls who do drink to make sure they are comfortable with the decisions they make for themselves.

“Ask yourself: When you think about your actions, when you lay your head down on your pillow at night, can you feel good about the things that you’ve done?” Johnson said. “And that doesn’t mean you necessarily don’t make mistakes, that doesn’t mean you are perfect or that you’ve never done anything wrong. It just means: do you believe in the things that you do and the person that you are?”

In your opinion, what is the biggest risk of drinking alcohol?

Senior Grace Reda: “The biggest risk for someone who drinks is not being in control or not remembering their actions.”

Sophomore Mary LePique: “The biggest risk is the possibility of harming another person through drinking while driving or putting yourself and other people at risk.”

Senior Emily Coble: “The biggest risk is getting taken advantage of.”