Oh, the Horror! : A Dive Into Scary Cinema

Horror is always in high demand around Halloween. I went ahead and watched a handful of scary flicks to point you in the best direction for your frights. 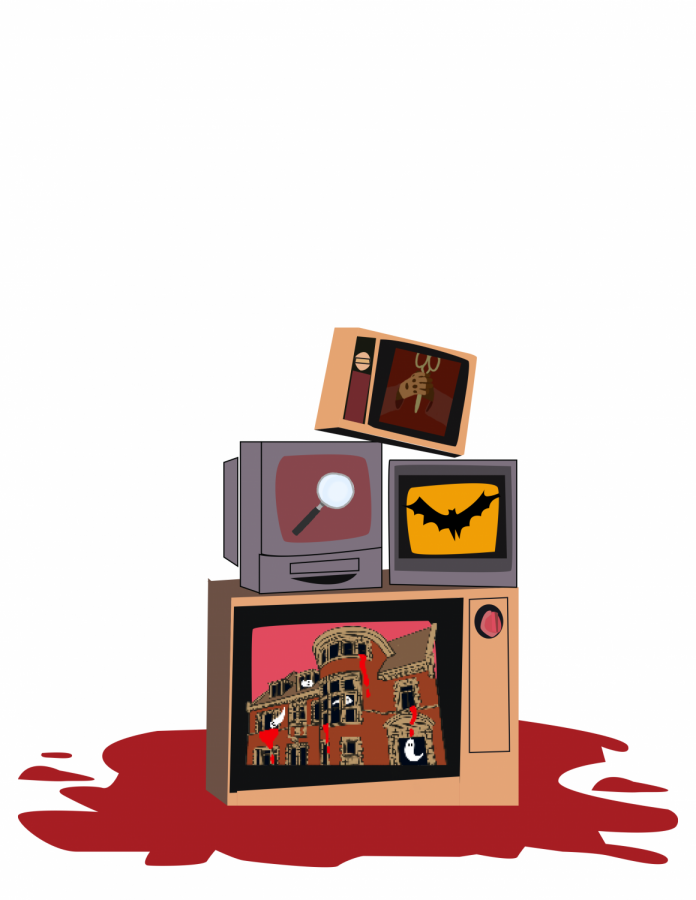 If you are anything like me, you believe that the best parts of Halloween are the good old horror movies and TV shows. Mind games, jump scares and crazy killers will always hold a special place in my heart, especially during fall. Every year, my dad and I get together to find the scariest cinema known to mankind.

For this spooky season, I decided to watch two horror movies and one spooky TV show to give you fellow TV junkies something scary to binge this Halloween.

The first movie I watched was “Us” (2019). This movie follows the Wilson family on their summer vacation, which takes a deadly twist when a group of doppelgängers shows up in their driveway, ready to “take their place.” The Wilsons must work together to survive the night and defeat the imposters.

My favorite part about this movie was how real it felt. I felt like the world could go into an apocalyptic state the next week and my doppelgänger would arise from the sewers to come to kill me. I loved how well the characters were played, especially how actors were able to play their original character and their twin. There was such a contrast and it took talent. My overall rating was 4.5/5 stars, especially for the major plot twist. This movie was written so well, I will definitely be watching it again.

After spending plenty of time dwelling on the fact that my evil twin is stalking me in the sewers, I decided to watch a movie that is still making me question my sanity.

“Shutter Island” (2010) features two detectives, Teddy and his partner Chuck, on their investigation of a missing woman from Ashecliffe Hospital Insane Asylum, located on Shutter Island. The two go on a daunting search for Rachel Solano, and along the way learn dark secrets about the institution. While dealing with visions of his dead wife, Teddy struggles to cope with his loss as well as unwind the mysteries holding the hospital together.

This movie played with my mind the whole time and I am still questioning what was real and what was not. I loved how this movie ended because even though I thought I knew what was going to happen, I was completely wrong. This movie was less Halloween-themed but did contain plenty of horrors. If you are a fan of psychological horrors, I definitely recommend you watch “Shutter Island”. I give this movie 5/5 stars.

To end my marathon, I watched “American Horror Story” (2011), seasons 1 and 2. What I love most about this show is how they manage to keep the same actors through every season, but the theme and tone of the new season are completely different.

Season one, Murder House, was my favorite out of the two. It had plenty of sick twistedness that makes a really great work of film. It was scary to think that all of the people that die in a house remain, even in the afterlife and it was cool to see living people interacting with the spirit world so regularly.

Season two, Asylum, was also good, but definitely not as good as season one. To me, it seemed like a lesser version of “Shutter Island” and did not wow me as much. The writers could have found a more captivating angle and definitely could have played with the sanity levels of the characters a bit more. The whole aspect of bringing aliens into the plot also seemed very off-topic and distracting. I believe this show deserves 4/5 stars, but hopefully, that will go up as I continue to watch more seasons.

I hope that this short list of scary films will give you an extra fright on Halloween night. I know I will be binge-watching all of the horror content I can find, especially season three of AHS. Wishing you all a happy Halloween and tons of scares!