The Spice of Life: PSL’s

For my first coffee corner review, I ventured across the city to try PSL's — the perfect fall drink. 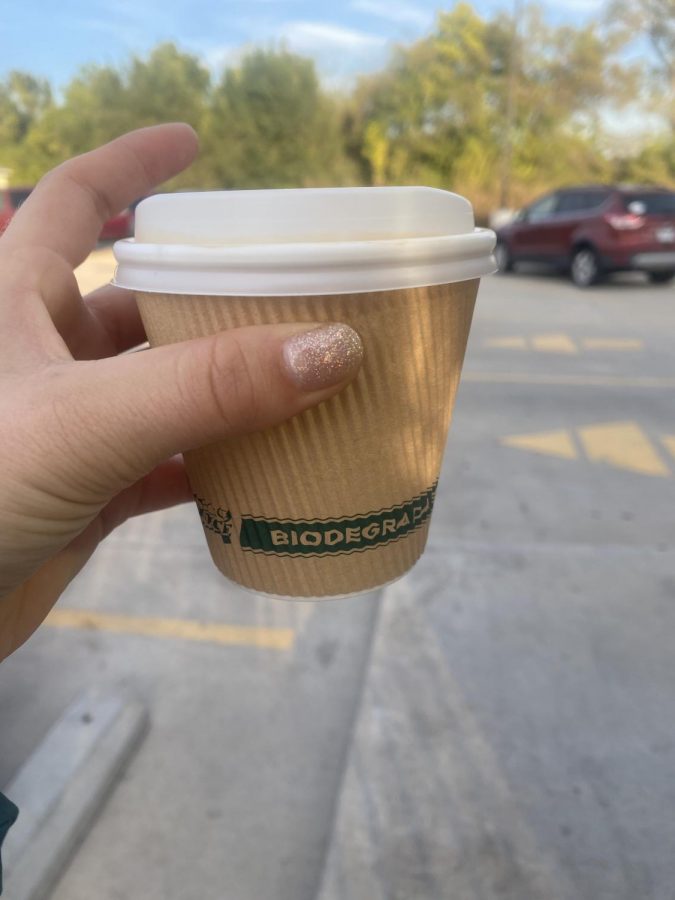 High Hat Coffee, located in Westwood, has a fall menu featuring the PSL. The latte featured fantastic fall flavors and earned a rating of 3/5 stars.

Some things just go together. So, for my first review, I am evaluating the quintessential fall drink: the Pumpkin Spice Latte. PSL’s typically consist of autumn spice flavors (cinnamon, nutmeg and clove), steamed milk, espresso and pumpkin pie spice on top. For consistency’s sake, I ordered the PSL with oat milk from 3 different establishments.

My first stop was down the road at the Brookside Roasterie. Their fall menu features a Spiced Pumpkin Latte (I am pretty sure it is the exact same thing as a PSL). I ordered a 12-ounce with oat milk for $6, and a few minutes later, the latte was in my hand.

My expectations were sky high, as the Roasterie is one of my favorite coffee places, and the latte did not disappoint. The first foamy sip featured all the fall flavors — cinnamon, pumpkin and nutmeg. No single taste dominated, which overall created a pleasant mix of flavors.

I also loved how the latte was not overwhelmingly sweet. Don’t get me wrong — there is definitely sugar in this drink. However, the sugar did not overwhelm the spices or the espresso.

Roasterie’s oat milk lattes generally taste similar to their whole milk lattes, except they have a more watery consistency. I honestly think oat milk is the best milk choice for the PSL because the richness of flavors works well with the lightness of the oat milk.

Walking out the door into 60-degree weather with hints of autumn in the air only cemented my love for this latte. 5/5 stars

The latte had a much milder flavor than the Roasterie’s latte. I still tasted some cinnamon and pumpkin, but the flavor was light and not overpowering. The latte also was not very sweet, and I could actually taste the espresso (which was fantastic, by the way).

I enjoyed the latte, but it didn’t exactly capture the fall flavors that I want from PSL’s. It could have used more cinnamon and nutmeg, as well as more pumpkin flavor. 3/5 stars.

My last stop was at McClain’s Market on Roe and 106th St. I thought I would be tired of PSL’s at this point, but I had room for one more. I ordered a 12-ounce with oat milk.

I was honestly disappointed by the latte. It was boring and lacked any pumpkin or spice. As a plain oat milk latte, it would be mediocre. As a PSL, it was less than mediocre. 2/5 stars 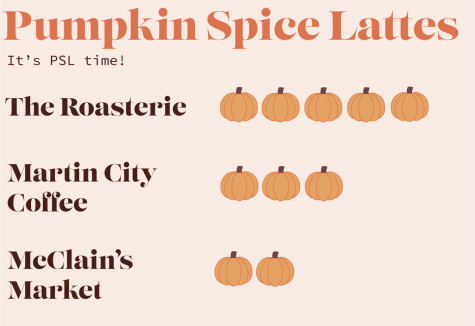