The fight to end anti-Asian Hate

After a shooting in Atlanta, Georgia of eight people, including six Asian women, awareness about anti-Asian hate crimes has increased and provided the community an opportunity to share their experiences. 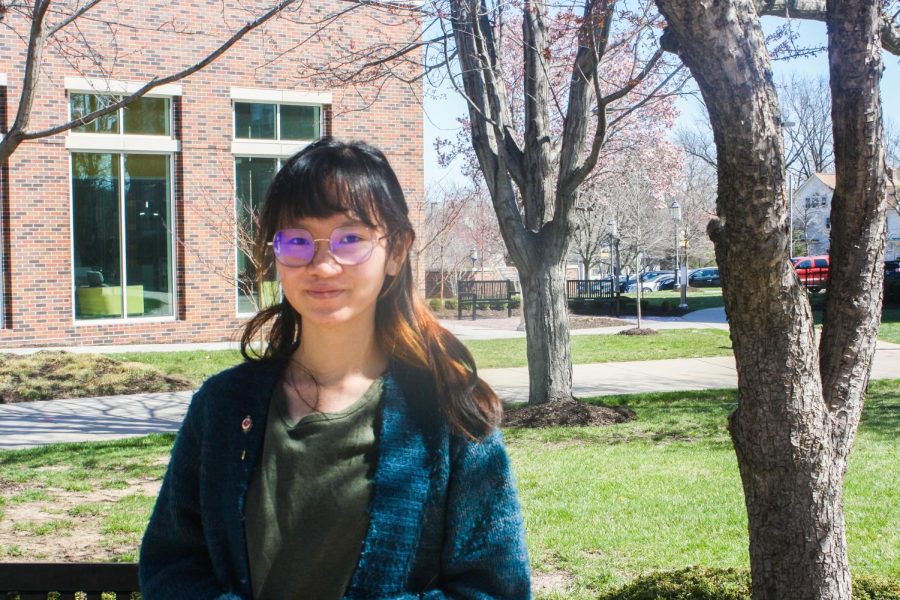 Senior Lia Uhlenhuth,a member of Asian-Affinity, in the quad April 5. She has been politically active all over social media since the Atlanta shooting. photo by Kyra Fieger

On March 16 there was a shooting in Atlanta, Georgia which claimed eight lives, six of which were Asian women. The shooting brought to light the increasing struggles the Asian and Asian American community has been facing since the start of the COVID-19 pandemic.

“This is going to sound kind of bad, but I really wasn’t surprised by it,” senior Lia Uhlenhuth said. “It’s really good that this is coming to the public eye right now because of what happened, but people don’t realize that this has been going on for a lot longer. Back when COVID-19 started, people were calling it the ‘Kung Flu’ or the ’China virus’ which you know, [is] not good at all.”

According to a study conducted by the Center for the Study of Hate and Extremism, the rate of anti-Asian hate crimes between 2019 and 2020 increased 149% while the overall hate crime rate has dropped 7% in the United States. This trend parallels the start of the COVID-19 pandemic in the United States, and the study also found that there was a spike in Google searches of “Kung Flu” and the “China virus.”

“I’m in Current Events Club, and we were talking about this, and I saw this girl just break down because she has a Korean grandmother who goes out walking, and she’s just terrified,” Uhlenhuth said. “And when I talk about this, when other girls talk about this — it’s a very raw emotion.”

This fear of lingering violence only continues to increase among the Asian-American community in the aftermath of the Atlanta shooting, especially the concern for the safety of loved ones. Jazzmin Earl, art teacher as well as the Asian Affinity Club moderator, shared this sentiment of fear for both her grandma and mom.

“I keep seeing videos where it’s our elders that are walking on streets or on the sidewalk and those are the people who are being victimized right now,” Earl said. “It’s like, they’re easy targets — very vulnerable people and probably won’t lash back.”

Uhlenhuth pointed to another layer of anti-Asian hate: microaggressions. For Uhlenhuth this includes being called names, the fox-eye trend that circulated on TikTok and personally being mistaken for other Asian students. The fox-eye trend is  a makeup trend that requires pulling back the eyes to give them an angled look, something that the Asian community is often made fun of for having naturally.

For Earl, microaggressions toward herself and friends informed how she responded to the Atlanta shooting, as well as consistent encouragement from her mom as a kid to speak up. Part of her response was to hold an emergency Asian Affinity meeting March 22 to discuss the shooting and to continue  meeting once a week since.

“If you have an Asian friend, make sure to ask how they’re doing,” Earl said.

Earl also offered resources to learn more about the issue as well as Kansas City Asian owned businesses to support during this time, including Sura Noodle Bar and Cafe Cà Phê.

“I’m researching different links,” Earl said. “So for example, stopappihate.org is a fabulous resource to look up information.”

STOP AAPI HATE follows a “5-pronged approach” that is meant to address structural racism against all communities of color. This approach includes offering multilingual resources for victims, the installation of community safety measures and advocating for human and civil rights protections on the local, state and national level.

Being mindful about the struggle of Asians and Asian-Americans and actively expressing support is just one path to healing.

“I’ve seen them like posting their anime cosplay calls and pictures of their favorite K Pop idol,” Uhlenhuth said. “ And then as soon as the Asian community is in distress, they just go dark. I think that it’s hypocritical for people to take part in our culture, and then not recognize us as people who have these cards stacked against us. I just think that if you enjoy K Pop, anime, then you should speak out and do what you can because the Asian community is standing against this, but we need help because there are only so many of us — I mean, we are a minority. There’s just so much hate, and then it’s really easy for us to lose hope. I think that you should speak out against this. You just should in general, but especially, especially if you consume our culture.”