Sydney and Carmon debate whether One Direction was better as a band or solo artists. 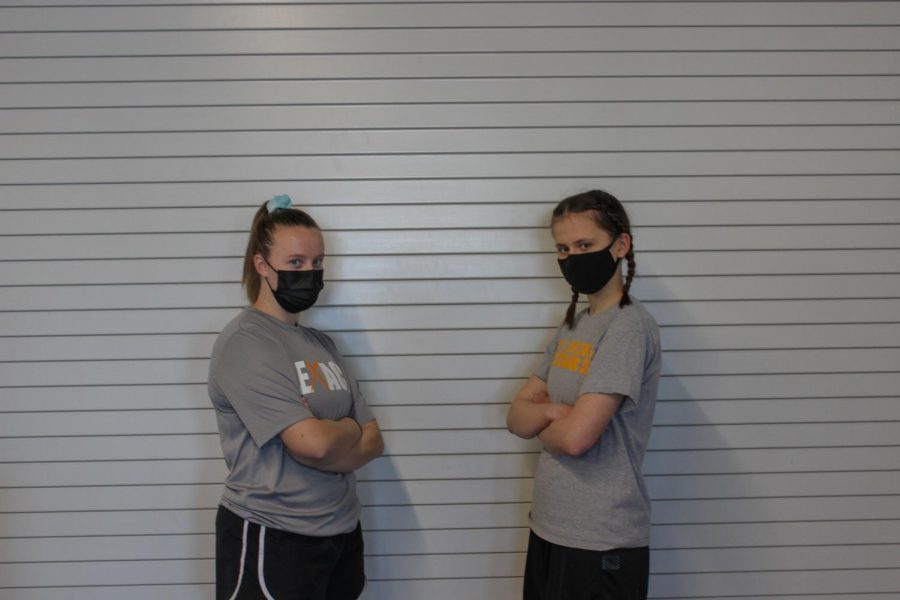 by Carmon Baker and Sydney Allen

Welcome back to Senioritis! In this post, we are going to be taking more of a pop-culture route. While we disagree on most things, one thing Sydney and I have in common is our love of Harry Styles — I think this is a point most people our age agree on. 2020 and 2021 have been big years for both One Direction as a band, as they celebrated their ten year anniversary, and the individual members themselves, as Niall Horan released his new album, “Heartbreak Weather,” Louis Tomlinson released his debut solo album, “Walls” and Styles appeared on the cover of Vogue. Today, we will be debating whether or not One Direction should get back together.

I will never forgive One Direction for splitting up. It ruined my teenage years, and it made me very sad for a very long time. Yet, I found myself liking their solo careers a lot more engaging and fun to watch. We’ll start with Niall. I absolutely loved his first single “Slow Hands”. It was upbeat, it was risque, and I found myself listening to it very often. His first album “Heartbreak Weather” was absolutely delightful, and I could tell that there was a significant amount of 1D tossed into his lyrics. His songwriting is great, and his music is very well produced.

Next is Zayn. I listened to Zayn’s very first album after he split from the group. It was better and a lot different from what he used to do. It made me realize why he wanted to leave the band, and his album didn’t make me as mad as I thought it would. It made me realize that this was his own creative path, and he deserved to go down this path as a person. One Direction was holding him back from writing the music he really wanted to write, such as songs like “PILLOWTALK”, “dRuNk” and “Vibez”. Getting out of the band was the creative outlet he needed, and in the end I think everyone was okay with it.

Now we have Liam and Louis. I’ll compare them together because I don’t listen to them as much, but I still have opinions. Liam’s music just isn’t for me. Something changed in him when the band ended, and his solo music just was not it for me. This is based purely off “Strip That Down”. I couldn’t even bring myself to listen to his album after hearing that song. Liam just never had that kind of appeal to me, and that’s okay. Louis’s music, on the other hand, surprised me. “Walls”, his first album, was just so him and you could tell he put a lot of heart and soul into it. He’s always been a music guy, and him being alone was honestly a change for the better.

Finally, my main man, Harry Edward Styles. Harry really did have the biggest impact upon leaving the band. He was a legend before 1D, while he was in 1D, and he is still a legend after 1D. It’s songs like “Fine Line”, “Carolina”, and “Medicine” that make Harry Styles truly himself. While “Medicine is unreleased, and will most likely never be released, you can tell it’s just truly Harry being himself and escaping labels that were put on him as a teenager. All of his songs just truly scream “Harry Styles” and they are the epitome of what it means to be a star. Harry Styles is just way better off as a solo artist.

Closing with that, they are all better as solo artists. Yes, I was a die hard Directioner, and I was heartbroken when they took their “18-month hiatus”. Yet, I believe that it was for the best. There are always creative differences in bands, and you can tell that being alone is what they needed. The 1D boys are all completely different people with very different lifestyles and music styles. Their solo careers are just better for them.

“Story of my Life,” “What Makes you Beautiful,” and “Best Song Ever” are arguably some of the most defining songs of our generation’s childhood. Maybe it’s just the nostalgia talking, but I am always going to be in favor of One Direction reuniting. Last July, on their ten year anniversary, I, like much of the world, waited in anticipation to see how the band would respond. And when it did not result in any new music, I was honestly disappointed.

My primary argument on this point is that the “hiatus” was never intended to be permanent. It was announced as a break. In fact, Louis, Liam and Niall have all specifically said recently that they believe One Direction will come back. One of the major issues that I believe caused One Direction to break up in the first place is their tense relationship with their management and the constant scrutiny they received with them. However, these contracts all ended in 2020, and they no longer have to be associated with Simon Cowell, meaning they could create a much healthier environment for the band members.

In addition, I do love who the band members have become as solo artists. I believe that they have each grown into their own unique personalities and become much more comfortable with who they are as people and as artists. I think bringing these artists back together to create an incredibly solid foundation for a new era of One Direction. Instead of being the surface-level boy band that they often leaned towards pre-hiatus, I believe that the band members could create more complex, meaningful music that combines each of their own unique styles if they were to reunite.

But beyond that, I personally just miss seeing Louis, Liam, Niall and Harry’s friendship. Since the group has disbanded, we have only had small glimpses of their interactions. It is undeniable that their chaotic friendships were one of the main things that made the band so likeable in the first place, and I would love to see that return.

So maybe this is just a final hope that I am using to hang on to childhood nostalgia, but I would love to see One Direction reunite.