Did you miss him as much as me?

After almost a year, David Dobrik is officially back on Youtube. However, I believe it won’t be the same David that we all know and love. 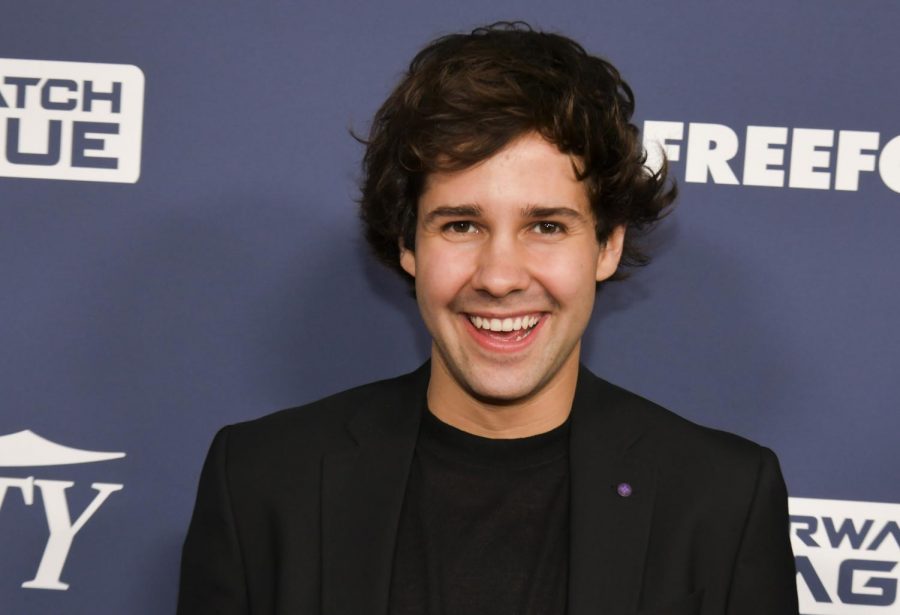 David Dobrik is a 24-year-old social media star who got his start off of the late app Vine. He is most-known for his short, comedic daily YouTube vlogs. photo courtesy of Tribune News Service

“Alright what’s up guys, so Seatgeek is an amazing app that helps you buy tickets in the easiest way possible.”

Wait — how did you know exactly what I was talking about? And why did you know it word for word? If you’re like me, then you believe that ex-Vine, YouTube star David Dobrik’s Seatgeek ad might be the most iconic aspect of his vlogging career; along with private jet trips to Las Vegas or randomly giving out expensive cars every other video.

Dobrik is a 24-year-old YouTuber who first got his start on Vine, where he had millions of followers. As his follower count grew, Dobrik decided to focus on growing his YouTube channel in 2015. There was a lack of comedic vlog channels on the social media platform, and now Dobrik is known for these types of videos; I would even go as far as to say that he was extremely influential in establishing the comical side of YouTube. He would post daily on his main channel and a few days on his second channel every week. Then the unexpected happened: David posted his last main channel video of 2020 on April 24.

At first I thought, “Hey maybe the guy just needs a break,” but now I’m wondering if this meant that when he did start to post again that it wouldn’t be his typical, funny content. Maybe we’re going to see a more mature side of David.

These past 11 months of no daily vlogs from Dobrik have been difficult for me because his videos were a great way for me to escape from reality and to have a quick laugh. Without these videos, fans like myself, have had to flee to other sources of social media in order to interact with one of their favorite influencers.

The first place I went looking was TikTok. Dobrik has an account with over 26 million followers. I also found that he generates many episodes for his podcast Views that are aired once every week.

Dobrik is very prolific on his TikTok page and posted many videos throughout the month of Feb. He does not post every day like he used to on YouTube, but it is still a great way to watch Dobrik and his content; it’s almost as if his Vine days are coming back. Many of these videos have the same type of feel as his old vines and contain the same content as his YouTube videos: such as creating the world’s largest elephant toothpaste in his backyard and random moments when he hangs out with his friends. If you look at the comments on a multitude of his videos, you’ll see many comments telling Dobrik that the short TikTok video would make a great addition to a vlog. As you can tell, not many people are happy with his delay in posting on YouTube. But about a month ago, Dobrik posted his first YouTube video in almost a year.

I remember it very clearly. I was getting ready to start on my homework on Feb. 8, when I saw a notification from YouTube pop up on my phone screen that said “I BOUGHT A NEW HOUSE!! (2021).” At first I was going to swipe it out and ignore it until I realized that the person who posted it was THE David Dobrik. I immediately clicked onto the video and was met with the familiar faces of David and his friends, fellow YouTubers Heath Hussar and Zane Hijazi, and they were vlogging like it was any other day—except for the fact that they were walking into Dobrik’s new multi-million dollar mansion.

Throughout the entirety of this video, I felt an overwhelming amount of emotions because of how happy I was to see these videos again, and to have almost all the vlog squad back. There were so many parts that made me laugh until my stomach hurt. One part in particular was when he was showing his friends around the new house and they were all making the funniest commentary, especially Suzy Antonyan. It also doesn’t help that the man’s laugh is so contagious. And of course, it wouldn’t be a David Dobrik vlog unless he gave away a car. Or two. However, he has not posted a vlog since this video came out.

In this latest vlog, David explained that he is striving to post on YouTube at least once a week on his podcast channel. He won’t be filming his typical videos due to COVID-19 and its restrictions, but with his podcast he is able to be in a controlled environment and to monitor everyone who comes in and out, considering the studio is in his new home. He also has everyone tested for COVID-19 in order to stay safe but still produce content for his fans.

Even though this last video and his podcast episodes are truly amazing and hilarious, part of me misses the old vlog squad and the old David. I miss having the knowledge that every afternoon I would get to watch an entertaining, short video that would help me feel more relaxed after a long day. I miss being able to see my favorite social media influencers on his channel such as Emma Chamberlain, Matt King, and of course, Josh Peck.

Perhaps with this new era of Dobrik, we won’t be seeing much of the typical content we all know and love. We will be seeing a much more mature Dobrik trying to grow into the person he’s always wanted to become. However, no matter where his career leads him, I will always be a fan of David Dobrik, and I can’t wait to watch where he ends up next.