Soccer has been an integral part of my life from early childhood until now. Tearing my ACL and meniscus has put soccer on pause, but it isn’t the end of my soccer career yet. 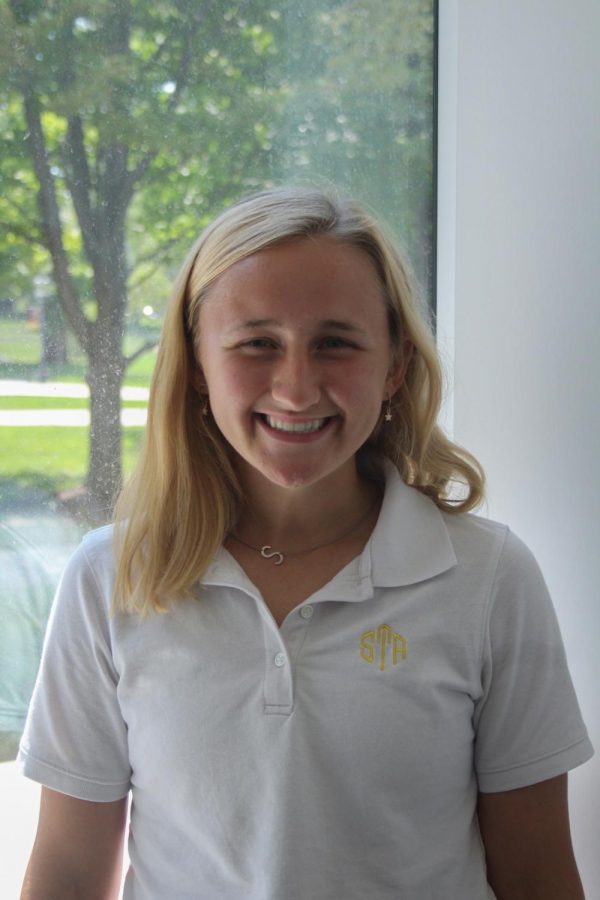 I can’t remember a time when you weren’t a part of my life. My earliest memories involve sitting on the scratchy grass at Heritage Soccer Park, watching my older siblings play. Saturday mornings were spent watching the British Premier League or whatever other game happened to be on. You were a natural, ever-present part of my childhood.

Fast forward a few years and I was playing on my grade school’s recreational team in kindergarten. Practices often involved playing sharks and minnows, scrimmaging and a lot of cartwheels and handstands. When my team played actual games, we looked more like a herd of little kids chasing a ball than playing real soccer. Still, I was hooked on you.

I tried out for competitive soccer in 4th grade at the closest soccer club: Sporting Blue Valley. I made the 4th team, but I wasn’t bothered at all that I wasn’t on the top team — I was just happy to play.

Two years later, I found myself on the top team in the club. I was incredibly excited because I got to travel more and play more games. Nothing matched the feeling of dribbling past a defender, scoring a goal, making the perfect pass or stopping the opponent from scoring. Winning the State Cup that year felt like winning the Olympics. I was on top of the world, and I knew I wanted to play for as long as I can.

This same joy and love accompanied me as I entered 7th and 8th grade. In 7th grade, my team played in the Elite Clubs National League (ECNL), which involved travelling about 6 times over the course of the year. The stakes felt so high as college coaches began coming to our games. In 8th grade, my team began playing in the Developmental Academy League (DA). For the first time, I began considering playing collegiate soccer. The older girls in the club were all committed to Division 1 schools, and they were all incredible players. I began to feel like I could be them one day.

High school began, and you became an even bigger part of my life. Freshman year felt so difficult compared to middle school, and soccer became my escape from the stress of harder classes, figuring out where to sit at lunch and adjusting to a new school. High school soccer in the spring only heightened my love for you. It was so amazing to play with upperclassmen that I looked up to so much, and I loved the idea that one day I would be a leader for the team.

When the world grinded to a halt in March and April 2020, high school soccer was put on pause. After sitting at my desk doing online school all day, I would venture into my backyard in the afternoons to dribble, juggle, shoot and pass the ball. My club team required Zoom practices three times a week, so I logged unto Zoom and set up my camera so my coach could see me doing the drills. It was nothing like actually playing, and my anticipation and excitement for the fall season grew.

Fast forward to fall 2020. This past fall was my favorite club season of all time. I now play for Kansas City Athletics on the ECNL team. It is the closest and best team I have ever played on. Each practice, each game, each car ride to practice with my carpool, each trip made me love the team so much more. We were all so driven and focused, but we also had fun at every possible opportunity.

We travelled to some weird areas for games throughout the season. For example, we went to Davenport, Iowa, for Halloween weekend, and instead of moping about missing out on Halloween parties, we all dressed up in ridiculous costumes and ate dinner together. Another trip, we decided to (temporarily) dye our hair pink.

You provided some sense of normalcy in the ever-changing and volatile world of being a teenager in 2020. Of course, you were affected by COVID-19 restrictions, but I was fortunate to still be able to play some games.

It was genuinely the best season I had ever had. Then, in one moment, one movement, it ended. I was reaching for the ball with my right foot when my leg snapped back, and I felt an intense pain throughout my knee. It felt like something had ripped. As I laid on the field, I knew something was very, very wrong. A week later, my greatest fear was confirmed: I had torn my ACL and meniscus.

Dear Soccer —I think about you all the time, and I miss you more than anything. I am nervously anticipating the day (in 6-8 months) when I can actually play a game again. I am a little annoyed with you for destroying my knee, but I will forgive you in time. I will be back, and I will be better than ever.