"Emma" was relased Feb. 21 2020. Based off the novel Jane Austin, director Autum de WIlde delivers her own take on "Emma". 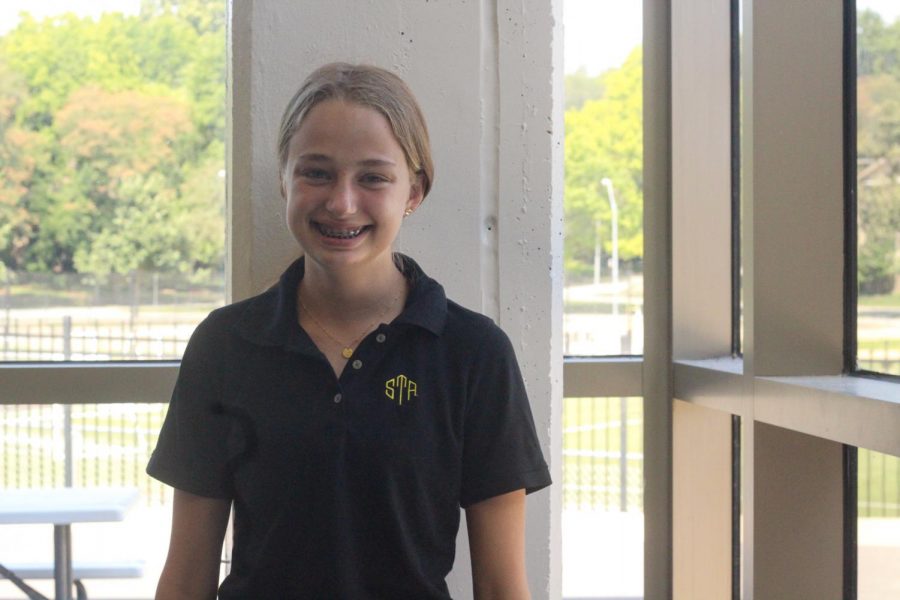 I remember first watching Amy Sherlock’s “ Clueless” with my Mom and loving every minute of it. I then remember watching the 1996  “Emma” with Gwyneth Paltrow. Jane Austin’s character Emma is a rich teenage girl in the 19th century who has a habit of meddling in people’s lives. The character of Emma despite her flaws is one that I just can’t help rooting for, and I love Jane Austin movie adaptations almost more than the books themselves. Needless to say I had high expectations for “Emma,” but director Autumn de Wilde delivers her own unique risky take on the story.

One of the first things that I noticed about “Emma” is the bright color palette. The pastel colors and the aesthetic of the set design almost feels like a Wes Anderson movie. Of course, you can’t talk about this movie without mentioning the costume design. The frivolous ribbons in her curled hair, and the many extravagant over-the-top dresses the set perfectly displayed the rich privileged world of Emma. It would have been a sensory overload if not for a genius risk taken by De Wilde.

De Wilde was shooting almost the entire film portrait style. By keeping the focus on the faces of the characters, their faces and expressions don’t get lost in the beautiful costumes and set design. There are not very many movies shot in portrait style because sometimes you can’t tell what’s going on in the background, but De Wilde has the camera just far enough away so this does not happen. This pays off-because otherwise the movie just becomes a pastel head sore. Because of the bravery and uniqueness of her filming style, this movie gets a four out five stars instead of a three or two.

Despite this movie being beautifully filmed and the set design being a five out of five, this movie gets four out of five because some of the characters were undeveloped. One character that the movie does not do justice to is Jane Fairfax. At the beginning of the book, the reader is led to believe that Jane is boring and uninteresting, but through the story we learn that she is actually a very sad character. Jane does not come from wealth and must marry or become a governess. In the movie Jane is only seen a couple of times and doesn’t speak very much.

By leaving this piece of information out, the movie misses Austen’s point that not all women were like Emma and many women of this time had to face the reality of marriage or a life of servitude. Throughout the story, her and Emma do not get along mainly because of jealousy, but in the end they become friends. The movie leaves this part out, and by doing so they miss a key part of Emma’s character development as well. Through this friendship, Emma gets perspective and realizes that not everyone is as privileged as she is. She sees that many women like Jane either have to marry a man or serve a  family as a governess. When Jane tells Emma about her struggles as a woman in the 19th century Emma feels for her and realizes the misogynist society that her money has hid her from.

By pitting them against each other, Wilde continues the Hollywood stereotype that all successful women must always be competing against one another. This is much the society Emma and Jane lived in who pitted them against each other to find the best and richest man. In the book Emma is happy that Jane marries Frank Church Hill because she knows it will make Jane happy. However in the movie she doesn’t really seem concerned with Jane’s happiness at all as she runs to Harriet right away.

I really like the message of not looking for relationships to fix you, and I thought the movie did a great job of showing it. Emma only can accept Mr. Knightly’s proposal after she fixes herself. She does this by putting her friends first by apologizing to her old friend, and then by finally putting her best friend Harriet’s happiness first and setting her up with a man that truly loved her. This movie is truly beautiful and unique movie and I would recommend seeing it