The College Board has announced many changes to the Advanced Placement tests, affecting students and teachers alike.

In late March the College Board announced that all Advanced Placement, or AP, tests will be online, open-note, at-home tests. All tests have been pushed back a week and will now take place from May 11 to May 22. These announcements were made in response to the spread of COVID-19 and the shutdown of schools across the country.

For students who do not have access to online tools, the College Board is connecting them with team members to find a solution. STA’s director of college counseling Debi Hudson stated that STA does not have any families who have reported a lack of Wifi in their homes.

In order to remain fair, the College Board has announced that they will be cutting material for all of the AP exams and only focus on units that schools should have covered before March.

Hudson said that she is pleased to see the College Board’s responsiveness. Although she knows it is frustrating for some teachers who have to cut material, she believes it is the most fair solution.

“The International Baccalaureate program canceled all of their exams,” Hudson said. “I do not believe canceling the AP exams would have been fair. Students have invested a year of study and many were anticipating college credit to allow them to double major or minor with ease, or possibly graduate early and reduce their total college cost.”

Junior Ailis Reavey is currently enrolled in two AP classes, AP English Literature and AP U.S. History. Reavey said her first semester was spent preparing for both tests through practice exams and essays. Now that the test has changed, Reavey used the word “disappointment” multiple times to convey how she was feeling.

“I’m definitely disappointed because I’ve been preparing all year for a very specific style of test, and I’m not sure how this stuff that we have been learning is going to transfer over to that,” Reavey said.

“While I am glad that the College Board is continuing to hold the exams and modifying them for at-home testing, I am disappointed in the format of the exam and how difficult it has been to get clear information about the exam expectations,” Papineau said.

In previous years, the AP English Literature exam had a one hour section for 55 multiple choice questions and a two hour section for three free response essays. This year, students will have 45 minutes to write one prose analysis essay. 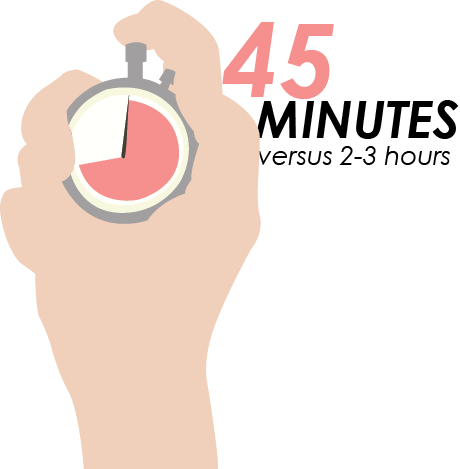 Reavey, however, does not think this is enough time to demonstrate her knowledge.

“We spent nine months, a really long time preparing, to show all that we have learned in this class,” Reavey said. “I even felt that my AP World History test last year, it wasn’t enough time to cover everything we learned because a ton of stuff was left out and there was no way to cover it all in a four-hour long test. I have no idea how it’s going to work in 45 minutes.”

Papineau also mentioned that she does not think the shortened test will show students’ full capacity of knowledge. Before the exam changes, unit exams for her class were modeled after AP tests. Now that the AP U.S. History test is only one question, she will shift the way that she prepares students for the exam.

“Since the APUSH exam is only one document-based question essay, it can only cover a short span of time,” Papineau said. “This means that it will not be testing the totality of my students’ comprehension of the vast time periods we cover. So while this is adequate in this unusual and difficult time, it certainly is not ideal.”

For Blue Valley Northwest senior Elena Newton, she was “in complete shock for four hours” when she heard about the changes. She is currently in AP English Literature, AP Spanish, AP Statistics, AP Biology and took online AP U.S. Government and Politics. Newton said she does not see how a 45 minute long test compares to past years tests.

“[It’s] obviously regulated through the College Board,” Newton said. “But how would some college be like ‘oh the credit you earn from a 45 minute test at home by yourself with the help of your siblings or your parents, how is that equivalent [to a full AP exam]?’”

“I was shocked,” Newton said. “You can just stop being a student then. I still want the credit so I’m still going to go to the test and try and get it because it’s a lot of money.”

Newton believes that her fourth quarter will be mostly guided toward preparing for the test as they won’t be learning any more new material. For Reavey, she said that so far her teachers haven’t notified her with any changes in preparation for the exam. She does know that with virtual learning and the change in content, some activities in her classes are being cut. One example in AP U.S. History is a Red Scare activity. Each student is given a paper and some of the papers have dots on them. Students must try and identify who has dots, representing the fear of communism spreading in the U.S. during the Cold War.

“We were told that that’s a super fun thing that everyone in APUSH does and we didn’t get to do that which is really disappointing,” Reavey said.

For her class, Papineau is changing preparation by focusing on essay writing and organizing notes to capitalize on the open-note feature.

“We likely will not cover the material I normally cover in class, but we are doing our best with what we have,” Papineau said. “My ultimate goal for my students is to help them gain the knowledge they need, continue to foster their love of learning and history, provide a sense of stability in this uncertain world and reduce stress as much as possible.”

One of Reavey’s biggest concerns is the integrity of the test now that it will be at home.

“I feel like people will cheat if they have the opportunity to take it at home, like people figure out how to cheat when it’s even at school,” Reavey said. “I’m worried about that because I’m worried it will affect scoring. If everyone gets a five, colleges might be a little suspicious.”

In response to cheating concerns, the College Board issued a statement saying that while the test will be open book and open note, “students may not consult with any other individuals during the testing period.” They said they have a “comprehensive and strict set of protocols in place to prevent and detect cheating,” some of which are confidential. The College Board did say they will be using tools to detect plagiarism, and AP teachers will receive copies of students’ work to look for discrepancies. Students who cheat are at risk of having their scores blocked and canceled, prospective colleges and their high school notified and the College Board may pursue legal enforcement.

Along with cheating, Reavey is scared that colleges won’t accept the scores, especially as she takes the classes to try and eliminate credits for when she goes to college. The College Board issued a statement saying they believe most institutions will continue to accept them, but Reavey has some concerns.

“I am worried that they might think ‘oh this is just a 45-minute-long test it doesn’t count as much as the other ones do,’” Reavey said. “Since we’ve done the same amount of preparing and work that we have for other AP classes, that’s kind of disappointing.”

Along with the AP test changing, Reavey canceled college tours as well as postponed taking the ACT.

“I was supposed to take it again in April, and I wanted to take it again in June because if you get above a certain score in Missouri, you automatically get a scholarship and I was like that would be absolutely amazing,” Reavey said. “[Now] that they’re being postponed, it kind of derailed that for me so I’m not sure how I’m going to do that.”

Newton believes that because of the coronavirus and isolation, in general, the whole college process is going to be “flipped on its head.”

“I feel like a lot of schools for our grade were leaning to not looking at your ACT so honestly, maybe it’ll just change the whole thing and people won’t take it anymore,” Newton said. “So many of the harder schools are like we don’t want to see your score, we would rather see your schedule. How do you ACT test 500,000 kids who can’t go anywhere?”