Conan Gray released his debut album “Kid Krow” March 20. The album focuses on feelings of isolation, anger and growing up. 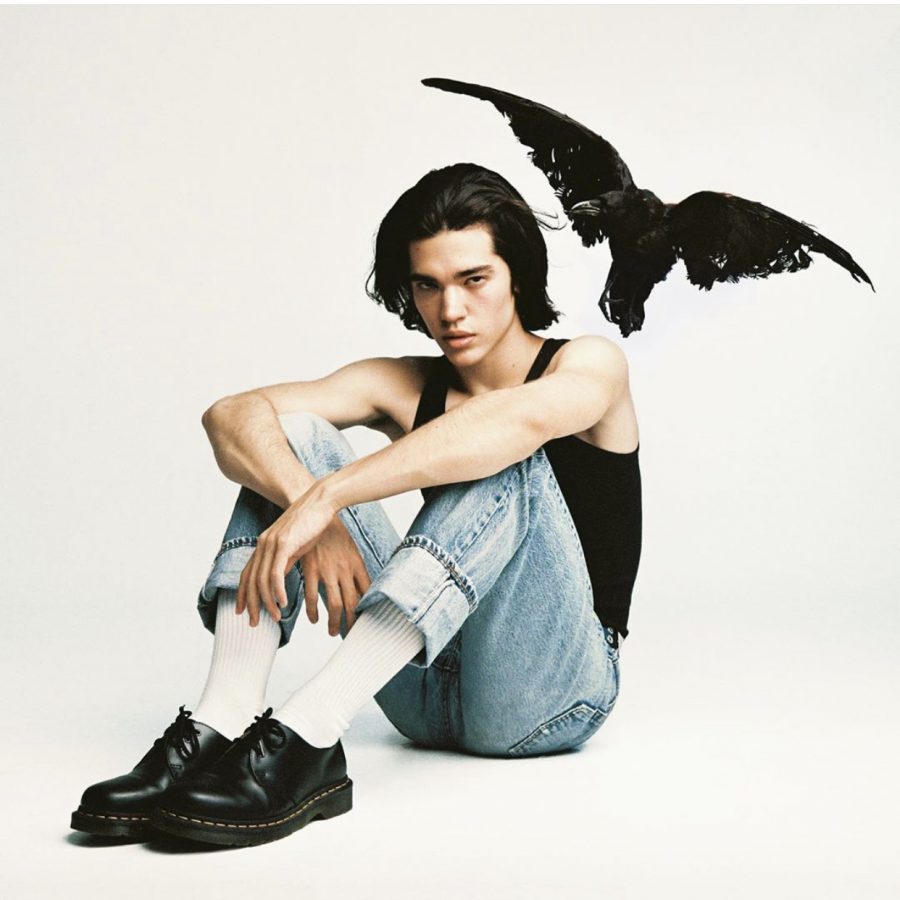 Conan Gray! Keep that name inside your head, I can tell he’s going to be around for a while. His debut album, “Kid Krow” came out March 20, and I am beyond excited to tell you all about this 21 year old who was given the title “King of Sad Boy Pop” by billboard.com.

I began listening to Gray when his hit song “Maniac” became a popular trend on Tik Tok last fall. Yes, I am one of those girls. This song has an eccentric sound, almost like Gray took a 70s rock song and added some modern pop into it. The heartfelt lyrics spoke to me so much that I wanted to yell the lyrics in my ex’s face…even though I have never had a boyfriend.

After listening to this song over and over, I knew I had to listen to the rest of his music, although he only had a few singles and one EP. His lyrics related to me and my friends in ways that no other artist had before. Many other artists have touched on mental health issues, such as depression and anxiety, but Gray’s young age made it easier for us to relate and to listen to him.

At the start of this beautiful album is “Comfort Crowd.” Though completely incidental, this song explains many teenager’s thoughts during the COVID-19 Quarantine. It talks of how Gray experiences extreme loneliness and he “just needed someone around.” This same feeling is what many teenagers have experienced these past few weeks.

With the album release coinciding the COVID-19 epidemic, Gray had to cancel television performances and his entire press tour. According to ajournalofmusicalthings.com, his actual CD sales are around 37,000 but his album has been streamed online over 200 million times. He has an upcoming tour in Europe starting toward the end of April throughout May — there have been no updates on this tour. In an interview with pressparty.com, Gray states that his “only hope is that [his] album can help people find the smallest sliver of catharsis in this scary and confusing time.” For me he succeeded in giving me the hope to get through this difficult time.

The sweet and short “(Online Love)” acts as a great transition from the opening strongholds of the album to the more somber songs. This song is an interlude of 37 seconds of Gray wishing that he had a more personal relationship with someone that wasn’t just screen-to-screen. He portrays this feeling perfectly by using muffled sounds of people talking in a cafe as he plays the acoustic guitar.

This is the perfect way to transition into “The Cut That Always Bleeds.” To me this is the most emotional and sad song on the album. In the first three seconds he sings “I don’t love you anymore.” His voice was very soft, almost breaking. When I first listened to this song I cried because he sounds like his heart is breaking while he tries to rally through his song. He does an excellent job conveying the feeling of anger from a relationship that has recently ended.

As we slowly make our way down the album, we come across my absolute favorite on the entire album, “Little League.” I LOVE THIS SONG! “Little League” quite literally might be the most relatable song I have ever listened to. Gray sings of his friends when they were all younger and didn’t know how difficult and scary life would soon be for them. It brings me back to how ready my friends and I were to be in high school, and now we want to go back to simpler days. With the beat starting off with slow piano then leading into a wild and happy sound, he conveys how he’s upset that he won’t be able to go back to when he was younger but knowing that where he will go is what matters. The realness and raw emotion that he pours into his songwriting as well as his willingness to touch on harsh topics, such as depression, is why I like him and his work so much.

In my opinion, this album deserves far more stars than 5 out of 5. Every single song on this album conveys a different version of Gray. In “Checkmate,”, he portrays himself as seeking revenge, while in “The Story” he is seen as vulnerable. He has checked off every single teenage emotion felt in this album. I would recommend this album to anyone of any age because every single person has felt all the emotions that were so perfectly described. While we are all in quarantine, you should all pass the time by listening to one of my favorite albums ever released.