“The Slow Rush” is an inspiring message about acceptance

Tame Impala released their new album, “A Slow Rush,” Feb. 14. The album focuses on the themes of acceptance, growth with a motif of time and provides an amazing experience and insightful message. 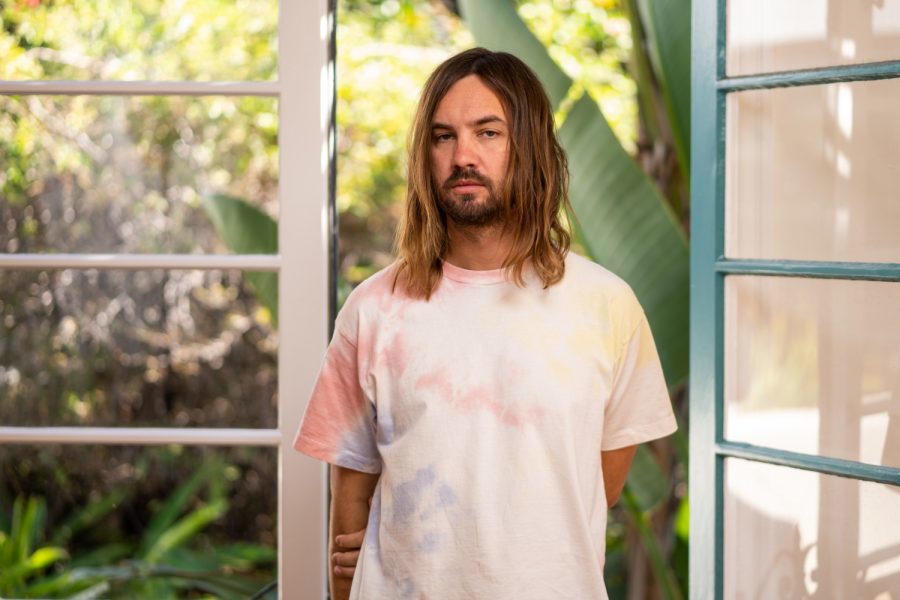 I lead the charge of my friends running toward the recordBar as we excitedly join the queue for the early listening party of Tame Impala’s new album “The Slow Rush” Feb. 11. I was beyond excited, shivering with anticipation and cold. Tame Impala had been one of my favorite artists for a long time with their thought-provoking lyrics and psychedelic beats, so I was curious to see what this new album would bring. The past album, “Currents,” released in 2015, is one of my most listened albums and was in the background of many of some great moments in my life. As we filed in and made our way to the dance floor, the synthetic beat of “One More Year” began to build around us, and I was overwhelmed by the energy in the room. I had high expectations and there was a part of me that was scared “The Slow Rush” wouldn’t live up to them. However, as I spent the whole night dancing, smiling and experiencing “The Slow Rush” －my expectations were surpassed.

While that night was extremely fun, I couldn’t fully absorb the album so I anxiously waited for the official drop of “Slow Rush” at midnight of Feb. 14. “The Slow Rush” was a perfect Valentine’s Day gift. It focuses on accepting the past but also growing from those experiences, with an emphasis on relationships but also in life in general. Having just gotten out of a long-term relationship myself and in my last semester of high school, I found myself struck by the powerful message.

For me, the most powerful songs were “Posthumous Forgiveness,” with its groovy beats and  impactful lyrics and the emotional, yet inspiring “On Track.” “Posthumous Forgiveness” deals with accepting what someone has done to you and trying to find closure, even if that person didn’t give it to you. Every person that I’ve talked to has mentioned how they felt like they could relate to this song, and I could do too, because it perfectly captures the ups and downs of trying to move on from a relationship.The lyrics show the desire to still have approval from the people who hurt you while also trying to move on, creating a moving piece

“On Track” was especially potent to me because with all the stress of high school, it can be hard to remember that everything is going the way it should. But as I listened to Kevin Parker sing “I lost a wheel a while back, but strictly speaking, I’m still on track,” I was reminded of the bigger path in life and and couldn’t help but feel as if Parker had expressed exactly how I was feeling.

This album review would not be complete if I didn’t mention the revised “Borderline.” “Borderline,” released as a single in April 2019, was the only song I had listened to before the listening party and album drop. It was my song of the summer, I listened to it nonstop to the point where I couldn’t stand to hear it anymore. The beat was so groovy and everytime I listened to it, I had the strong urge to dance and it brought a smile to my face every time. Parker had mentioned nothing about changing the song, so as I sat down to listen to the album, imagine my surprise when I heard a revised version of it.  The song reminds me of summer and joy, and highlights the insecurity of never being enough, which to me, captures the feeling of being a teenager. The new “Borderline” has minute differences, a change in bass and 30 seconds chopped off, but it is enough of a difference that it makes the song more cohesive with the rest of the album and somehow made this incredible song even better.

The other big motif on this album is time, as shown by the track names such as “One More Year,” “Tomorrow’s Dust” and “One More Hour.” In many of the songs, this motif is used to illustrate how we don’t have any control of the past or future and must simply live in the present. Parker also creatively connects this motif of time back to the theme of growth, illustrating that the past that influences who we are in the present. This repeated motif creates a cohesive album and provides an inspiring message.

The album ends with “One More Hour,” which to me, is the perfect closing song. The beat begins slow and builds around you, evoking a sense of pensiveness. The song focuses on  accepting how every action has brought you to this exact moment, stirring up a wide variety of emotions in me. This album truly inspired me to focus on the present and accept everything that has happened in the past, and grow from it while also not worrying about the future.

Overall, Tame Impala’s beats in “The Slow Rush” are as epic and unique as ever, with synthesized psychedelic music that cuts deep into your soul. As I mentioned before, with high school ending and the rush of spring semester, it feels like time is constantly slipping away and I find myself distracted by the past or worrying about the future but “The Slow Rush” is a warning of the dangers that can bring.  There’s a good balance of emotional songs such as “Tomorrow’s Dust,” a sensual song about moving on, and songs that are a little lighter like “Breathe Deeper,” which makes me just want to dance around in my room.

While “Currents” will always have a special place in my heart, I was able to connect so much more to “The Slow Rush.” I have not been able to stop listening to it, and I think Kevin Parker did an amazing job of creating an album that reflects Tame Impala’s style of music while also remaining cohesive and touching on important topics. I rate this album 5 out of 5 stars as it is definitely one of the best albums I have heard in a while and I would recommend it to everyone.