The Sunrise Movement hosted a two part strike that took place at both City Hall and in front of the office of Rep. Sharice Davids on Dec. 9. 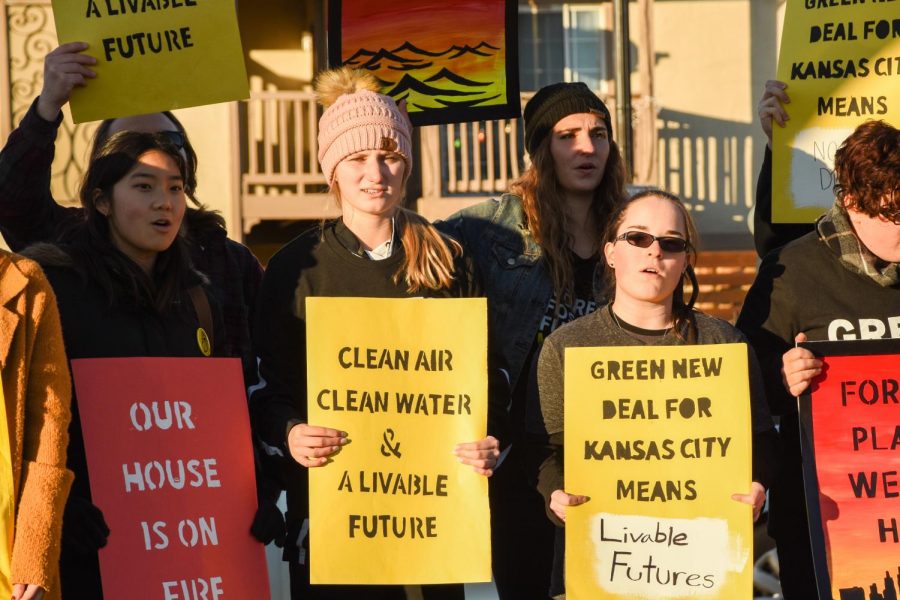 STA students (from left to right) Amy Schaffer, Molly Langdon and Kailee Ford hold signs provided by the Sunrise Movement. Dec 6 Four speakers spoke to the protesters, and songs were sung regarding the legislative change that needs to happen sooner rather than later. photo by Claire Smith