The Tivoli Theater: Relatively Off the Beaten Path

I explored the new Tivoli location at the Nelson-Atkins thinking it would be an oddity. The trip made me realize how personal going “off the beaten path” can be. 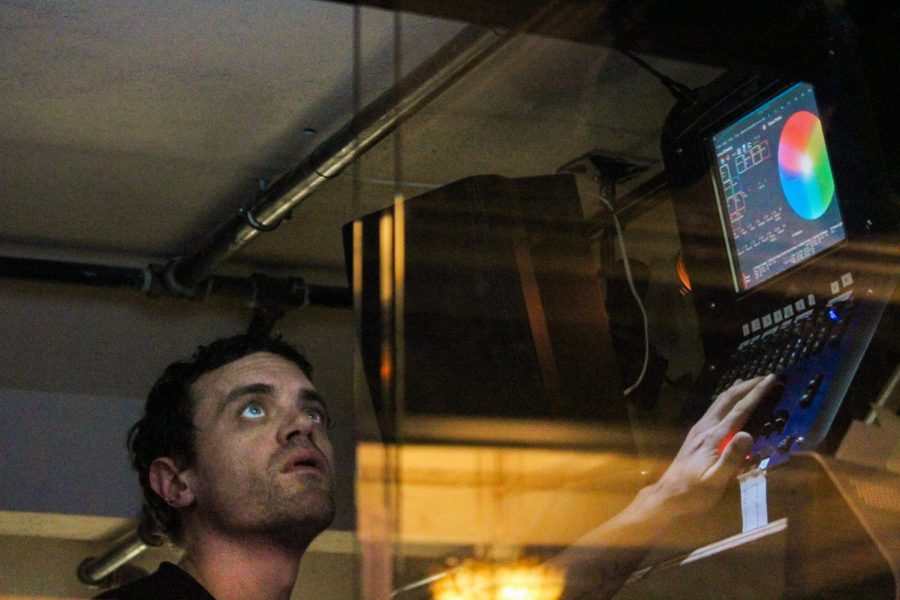 A Nelson-Atkins employee tests lighting and sound before a screening of “Give Me Liberty,” an English-Russian film about a medical transport driver’s adventures.

When Tivoli Cinemas closed its location in Westport last April, Kansas City’s alternative culture crowd was devastated. The movie theater had been operating since 1983, but because of the combination of modern-day movie technologies competition from other independent theaters, tickets sales were too low for the business to continue.

Fortunately, the movie theater found a new home at the Nelson-Atkins Museum of Art. What used to serve as the museum’s auditorium is now a screening theater, providing viewers with a fulfilling movie-watching experience.

I personally had not jumped on the independent “indie” movie bandwagon until months before the original Tivoli’s closing. I attended a screening of “Three Identical Strangers” – a documentary about triplets separated at birth – that movie theater chains like Cinemark and AMC were not showing. If I’d had this blog a year ago, I would have certainly written about the intriguing films this small theater showed. For me, someone who had not previously deviated from mainstream popular movies, the Tivoli was certainly off the beaten path.

However, I have come to remember what is off the beaten path for me might be the most obvious and natural path for someone else; a simple thought, but one that I needed reminding of regardless. Just as I consider seeing a foreign film uncommon, others might consider my love of extreme-screen IMAX viewings as deviant from the norm.

In this, I encourage you not go off “the” beaten path, but off your beaten path. In previous blog posts, I have listed places that I assumed not many people knew about. What I should have been addressing is how everyone’s comfort zone is different and relative. The important thing is to push yourself out of it, regardless of where you currently find yourself. That push can be in baby steps, like trying out a new nail salon. You can also push your boundaries in bold, large leaps like going on a movie date with someone new at the Tivoli. Explore what path you are on currently, then listen to your intuition when it tells you to try stepping off of it.