Interim week returns to STA for the second year, but with new changes, such as students proctoring classes. 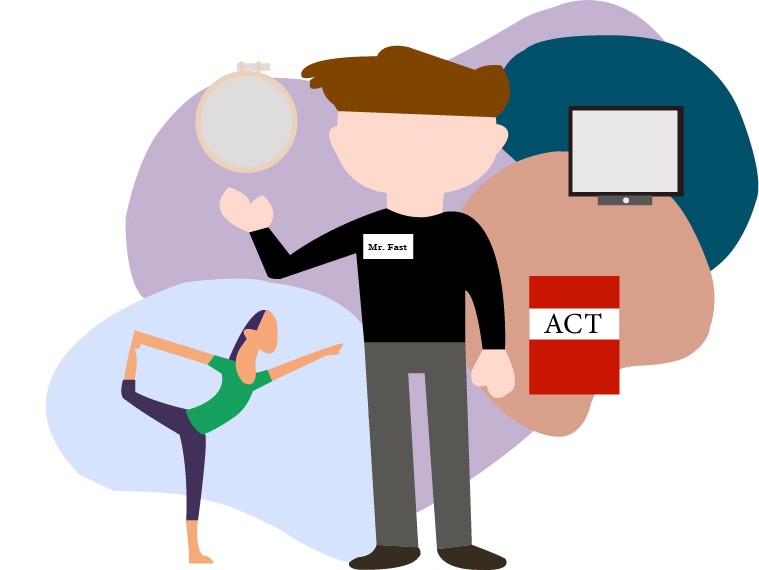 After the two-and-a-half week stretch of winter break, students will return to STA for the second annual interim week Jan. 8 to Jan. 10. During interim week students take either two half-day or one full day course that focuses on a specific subject.

“I think experiential education or real-world learning in general is good for students, to do something outside of the classroom that maybe strikes some genuine interest for them,” experiential learning coordinator Kelly Fast said.

This year, interim week will have 15 more classes and 30 classes will focus on brand new subjects. Classes this year are taught by students, parents and alumnae as well as teachers, and several classes are off-campus or focus on partnerships with community corporations.

After last interim week, Fast sent out a survey and said that most responses came back positive.

“Students liked the idea of a non-academic class and a non-graded class,” he said. “Attendance is mandatory, but the idea is the experience, not the grade.”

Students have the opportunity to work with community corporations, such as American Century Investments, Barkely advertising and Digital Innovations. Through the course Women in Finance, students will first learn about the financial field and then job shadow at American Century the last day, attending interviews and panel discussions.

“Many of those women are actually alums or parents of STA,” Fast said. “They’ll get to talk to a trader, a fund manager — women that are doing these different roles within the company.”

Fast believes working with these companies can help create partnerships for internships later.

“If you already have your foot in a door at an ad agency like Barkley, which is an internationally-renowned ad agency, the more likely you could secure an internship in college because you already know people there,” Fast said. “Plus, just develop the interest and understand if you want to do that for a living.”

“We know a lot of people at STA do disposables [cameras] and I was like, there’s the dark room so it would be pretty fun to do it here,” Farmer said.

The film photography class will be a half-day course for three days where students will take pictures, develop them and then present them in front of the interim class for a critique.

“I feel like for our class, it can help people gain an appreciation for film photography,” Farmer said. “With film photography, you really have to be methodical about every single picture you are taking. With digital, it can kind of get lost, which is kind of what I talked about in the description, so a greater appreciation for the art that it is.”

Farmer is in Fast’s AP English literature class and said that he opened up the possibility of teaching an interim course to the students. Another junior in Fast’s class, junior Arwen Dickson, is teaching an interim course on performing Shakespeare. Dickson’s class, moderated by English teacher Kate Absher, will focus on Shakespeare as a performed work rather than a written work.

“They were written to be plays and they were meant to be performed, not necessarily read and studied in-depth in class,” Dickson said. “That can sometimes help with understanding context. I know that with kids in my class last year, we read Hamlet and we watched some of the movie in class, and I know it made a lot more sense when they saw it performed.”

Dickson believes that teaching her own class can help improve leadership skills.

“It’s sort of a unique experience and that’s one of the reasons I asked to do one because it’s not really something I can get somewhere else,” Dickson said. “I don’t know another place where I can just teach a presentation on Shakespeare to my fellow peers.”

Farmer believes that if done right, having students teach can improve interim week.

“Because interim week is so new, it needs to be done in a formal way, otherwise it will get out of hand,” Farmer said. “I think it could be really awesome because Mr. Fast talked about if you do this, you can put it on your college application. I think it would be really cool to showcase what STA students are doing outside of their classes.”

Some students will also be traveling to Paducah, Ky. during interim week as part of a Research and Design course to see The National Quilting Museum, reflecting Fast’s long-term visions for interim week. Fast would like to see more domestic and international travel, interim week become longer and that partnerships with companies continue to grow.

“We do so many great things at St. Teresa’s Academy and I think hopefully interim can fit within the existing model and develop an even larger vision for education at STA,” Fast said.