The top haunted locations in KC

The Dart compiled a list of the supposed most haunted places around KC, according to Trip Savvy and Fox 4 KC. 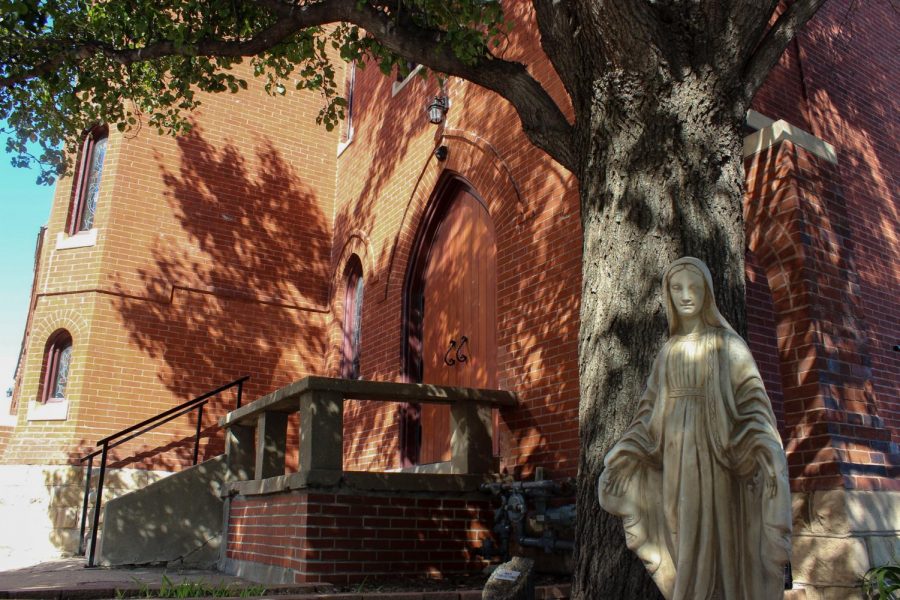 A statue sits outside of St. Mary’s Church Aug. 23. The Episcopalian church was built in 1886 and supposedly haunted by Father Jardine, who started the church. photo by Ella Norton

With Halloween coming up, the Dart compiled a list of some of the most supposedly haunted places around Kansas City according to Fox 4 KC and Trip Savvy. While no one will ever truly know if there are ghosts, here are some of the most common rumors.

Muehlebach Hotel: The hotel opened in 1916. People believe the ghost who lives there is the “Blue Lady,” an actress from the 1920s who is still searching for her lover.

Hotel Savoy:  The Hotel Savoy was built in 1888 and people have reported multiple reports of seeing the ghost of a young Victorian Girl. Reports of a paranormal activity date over the last 100 years. There have also been reports of objects acting strange, particularly the elevators according to employees.

Union Station: Union Station was finished in 1914. Employees have reported seeing a woman in a black dress who disappears down the hallway, hearing train whistles without a train in sight and seeing travelers with suitcases wandering around.

Epperson House: The Epperson family lived in the house in the 1920s. People have reported seeing a woman walk around and hearing organ sounds. People think the woman is potentially the adopted daughter of the Epperson family, Harriet Barse. The house was featured in Top 5 U.S. haunted houses on the TV show “Unsolved Mysteries.” It is now the property of University of Missouri-Kansas City.

Coates House Hotel: The Coates House Hotel was built in 1827. In 1978, a fire broke out killing 20 homeless people using it as a shelter. People have reported seeing shadowy figures and appliances working without anyone using them. Recently, it was remodeled and is now apartments for lease.