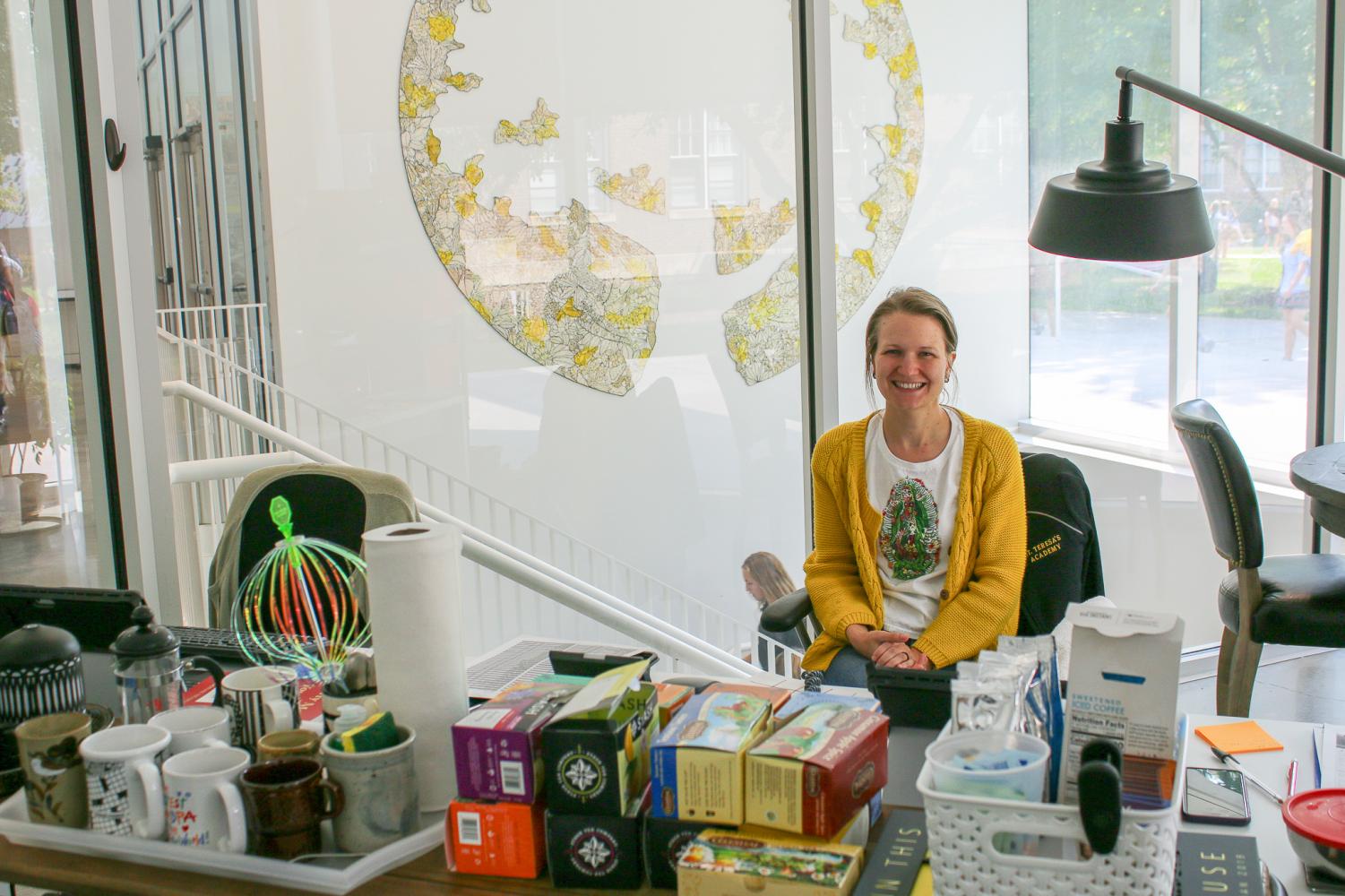 Making music from the heart

The group formerly known as praise band now has a new name, a new sound and a new mission.

It’s Monday Aug. 19, the first day of the 2019-2020 school year. Students file into the gym for the annual passing of the legacy ceremony, where they expect to hear traditional hymns sung by STA’s Praise Band. Instead, a full band complete with drums, bass guitar, and vocalist Hillary Talken plays contemporary, upbeat music. At first, the students are quiet, not sure how to react to this unexpected change. But by the end of Mass, the whole gym sings and claps along to “Go Make a Difference.”

The group behind this new energy at Mass is a reimagined version of Praise Band called the Windmoor Collective. Director of campus ministry Andrea Arredondo first thought of the idea last spring and realized her vision the help of Talken and pianist Susie Adams.

Adams has helped to bring a more modern form of liturgical music at her own parish, St. Elizabeth.

“The feeling in the church right now is that the people want enlivened music, they want contemporary music, choirs want to a more contemporary style,” Adams said. “So we’ve really put in a lot of time and effort to create that kind of music style there.”

Arrendondo noticed a similar desire for contemporary music at Masses at STA.

“Last year we noticed that it was really hard for people to participate at Masses, in part because of music selection,” Arredondo said. “So having been here two years, I had heard a lot of that feedback from students and teachers”

Arrendondo’s personal tagline for the new group is “music from the heart.” The phrase describes her intention for the Windmoor Collective to bring people together through music.

Along with changes in the name and music of the Windmoor Collective, class Masses will be replaced with advisory Masses. Groups of advisories will attend Mass together once per quarter during lunch and activity. Fr. Don Farnan will also become a consistent presence at each Mass. Arrendondo and the campus ministry team to create a better experience of worship for all students.

Adams emphasizes that more contemporary music can also change a student’s perception of her role in mass for the better.

“I guess I’m hoping for a stronger feeling of inclusion and helping people know that this music is completely accessible to them,” Adams said. “Everybody can sing, everybody can contribute and I think we want to help people realize that they’re capable of doing that, that they have innate talent and innate ability.”

The feedback Arredondo, Talken and Adams received about the first all-school Mass was overwhelmingly good. However, they have noticed that many students are wondering to what extent other masses will be like the first one.

“There’s been a lot of questions about like, ‘Is it going to be that way every time?’ and a little bit of skepticism,” Talken said. “But I think people are excited and are acknowledging that there’s a very visible change which feels good to me.”

All three women share the vision of wanting to increase participation and create a greater sense of community at Mass. Regardless of a student’s religious beliefs, the Windmoor Collective’s mission is to make all feel welcome and able to participate.

“The hope is just to be able to provide a more communal experience when we come together for Mass,” Arredondo said. “I hope that our girls graduate from here at least seeing some of the good that can come out of the Catholic Church. I think that’s part of my motivation, being able to offer something positive ⁠— a good experience of Catholicism for all of you.”