For my final food blog, I ate way too much food at some of KC's most well known food trucks. 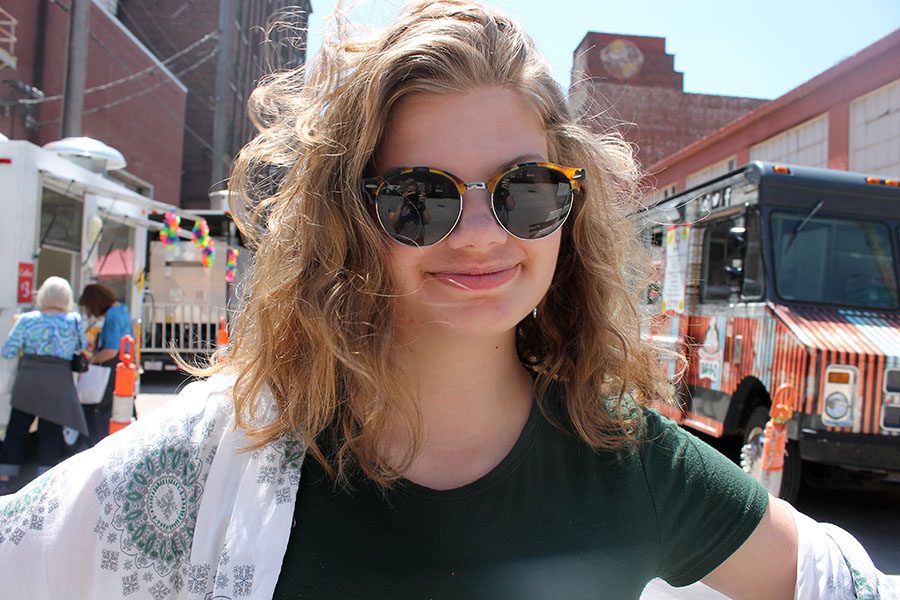 For breakfast, lunch and dinner, food trucks are also an experience to eat at. They consistently offer tasty, quick meals and the fact that these “restaurants” are only in one spot for a short period of time makes the food even more special. I went around the West Bottoms and Brookside to eat at some of KC’s most notorious food trucks, so keep reading to see what my favorites are.

What I got: Fish Tacos and Mayan Pork Sandwich

Just by looking at the menu, American Fusion may not look like much, but this elevated bar food truly stands out. Their white fish tacos are some of the best I’ve ever had. The toppings include pico de gallo, mixed greens and their special sauce, all of which are seriously mouth-watering. The Mayan pork sandwich is something that I’ve never had before, but enjoyed immensely. The pulled pork not only had the smoky flavor of barbeque, but a surprising citrus flavor resembling an orange or pineapple. 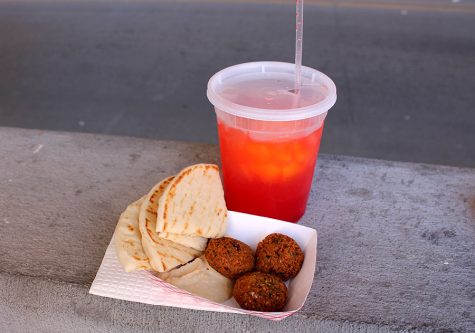 What I got: Falafel Appetizer and Strawberry Lemonade

Whether or not you like Middle Eastern food, it’s hard not to like falafel. Jerusalem Cafe serves the classic falafel with its crispy, fried chickpeas in the center. The appetizer is served with soft pita bread and smooth hummus that compliments the falafel perfectly. I also got the massive strawberry lemonade, which is a great refresher for a hot day that comes with free refills.

What I got: Spicy Taco and Pico Fries

When I first heard about Greek tacos, I was hesitant to try them, but I can now confidently say I am a fan. The massive pita bread was stuffed with gyro, feta cheese, kalamata olives, corn, lettuce, cucumber, cheddar cheese and drizzled with sriracha sauce, making this taco the epitome of Greek food. I also got the pico fries, which are basically healthy cheese fries. These lightly salted, semi-crispy fries were topped with cheddar cheese, cucumbers, tomatoes and a greek season dressing, making them a light, but filling snack.

What I got: Chicken and Waffles and Raspberry Waffles

If you have ever driven through Brookside over the weekend, there is no way you haven’t seen this truck. After hearing it was a little overrated, I actually really enjoyed the food at this waffle truck. The chicken, from the chicken and waffles, was covered in a flavorful batter not usually associated with fried chicken. The waffles were crispy and thick and the maple syrup, poured at the bottom of the container, made this meal something I will totally eat again. I also got the raspberry waffles, which I topped with whipped cream and powdered sugar. The raspberry flavor wasn’t that prevalent, so the sweetness wasn’t too overpowering. They were also the ideal snack size and had a bit of a funnel cake flavor.