Soccer starts the season with a win against Smithville

The varsity soccer team won their first game of the season 3-2 March 22. 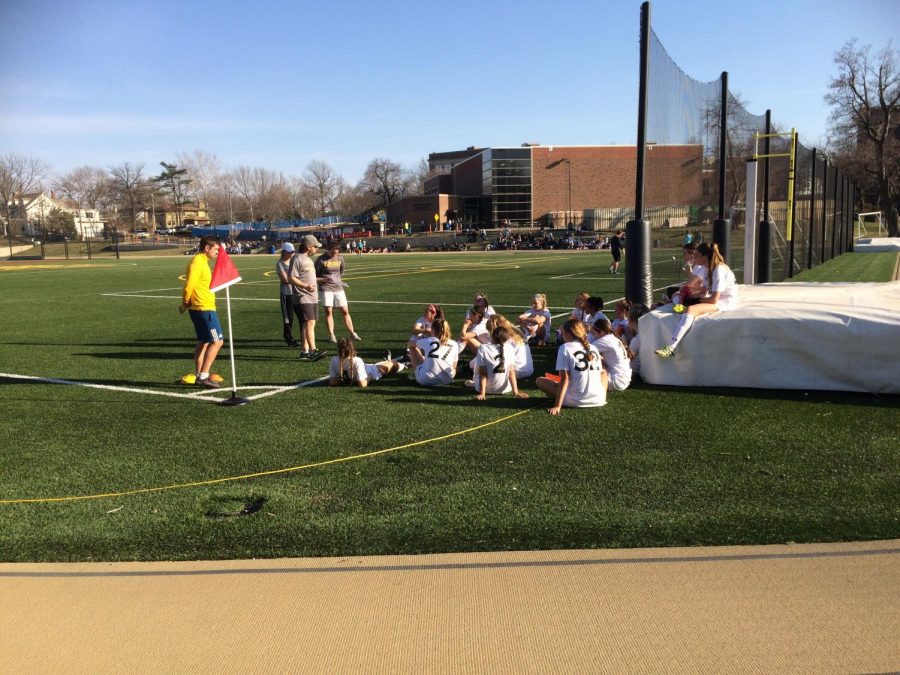 Coach Jeremy McElduff speaks to the varsity players during half time. photo by Lily Hart

In their first game, STA’s varsity soccer team won against Smithville High School with an final score of 3-2.

The Stars scored once during the first half, holding their one point lead until the second half, when the Warriors tied it up. STA pulled away, scoring twice before Smithville scored for a final time, resulting in STA’s win.

As the first game of the season, sophomore Carlie Duus thinks it gives the team an idea of where to improve.

“This game is always really hard,” Duus said, “They always come out really strong against us and they’re aggressive. It’s a wake-up call so we can get all our touches and shots better.”

However, the win right off the bat sets an optimistic tone for the season.

“Our main goal is State- to get there and to win,” Duus said, “So [the win] gives us confidence for the rest of the season.”