The varsity basketball team played against Blue Valley West at their school on Thursday at 7 p.m. The Stars won with a score of 70-56. 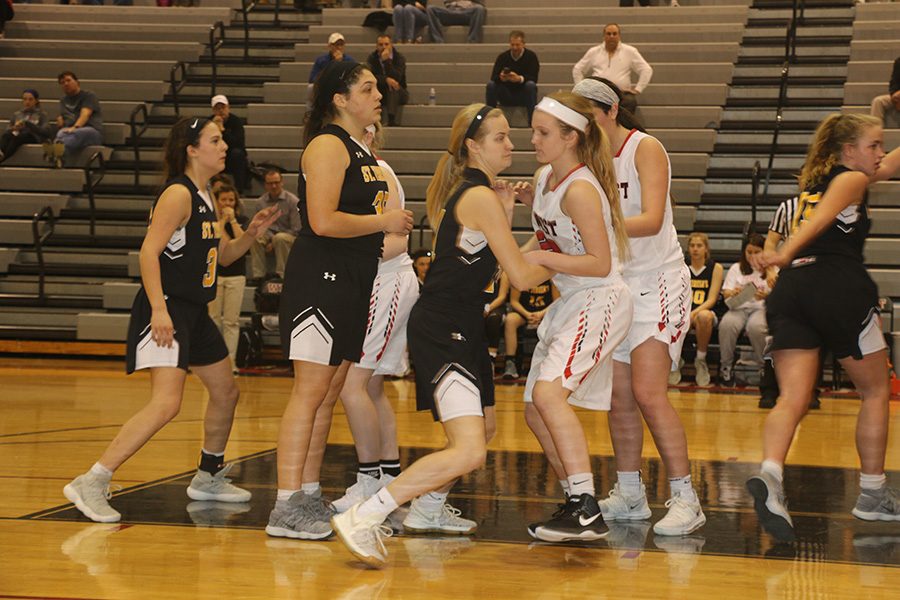 The varsity basketball team brought home a victory on Thursday January 25, 2018 at 7 p.m. They ended with a score of 70-56 against Blue Valley West High School.

Sophomore Grace Kauten could not play the rest of the game after she fouled out in the third quarter.

“I was disappointed in myself because I could not contribute anymore on the court for my team,” Kauten said. “I was frustrated, although I still was able to encourage my teammates from the bench.”

Kauten thinks that the gym renovation will make the team stronger as a team.

“Travelling for all of our games has definitely been hard on us as a team, but also [has] made us stronger,” Kauten said. “We don’t have the crowd like all home teams do, [but] I think it is beneficial because we will be even better when we have tough away games in the future.”

Assistant coach Kiera Hardy thinks the team ended the game on a good note. “I was very proud of them and the way they responded in the second half,” Hardy said. “We can only control how we play and respond to the game. Calls may not go our way, and we know we can’t change officials mind, so as a staff we teach our players that if they play their best and give it their all, there will be a good outcome.”