The STA stars lose to the Lee's Summit North Broncos. 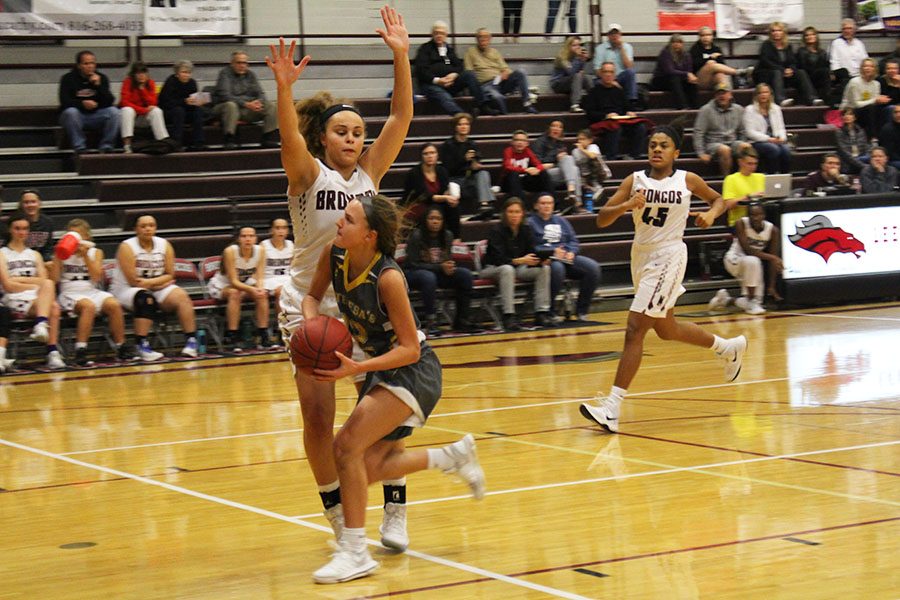 Sophomore Grace Kauten attempts to make a basket while a Lee's Summit North player blocks her Dec. 4. This is Kautens second year on varsity. photo by Madeline Loehr

STA’s varsity basketball team took on Lee’s Summit North High School on December 4, 2017. They had faced each other the previous week as well, coming within two points of them. Because of the close game the week before, the team was expecting to come out on top. Despite their efforts, STA ended up losing 73-60.

“The first quarter was the best we’ve ever played, but our defense broke down” junior Natalie Telep said after the game had ended