The first total solar eclipse to be visible from the contiguous United States since 1979 will be visible Monday. 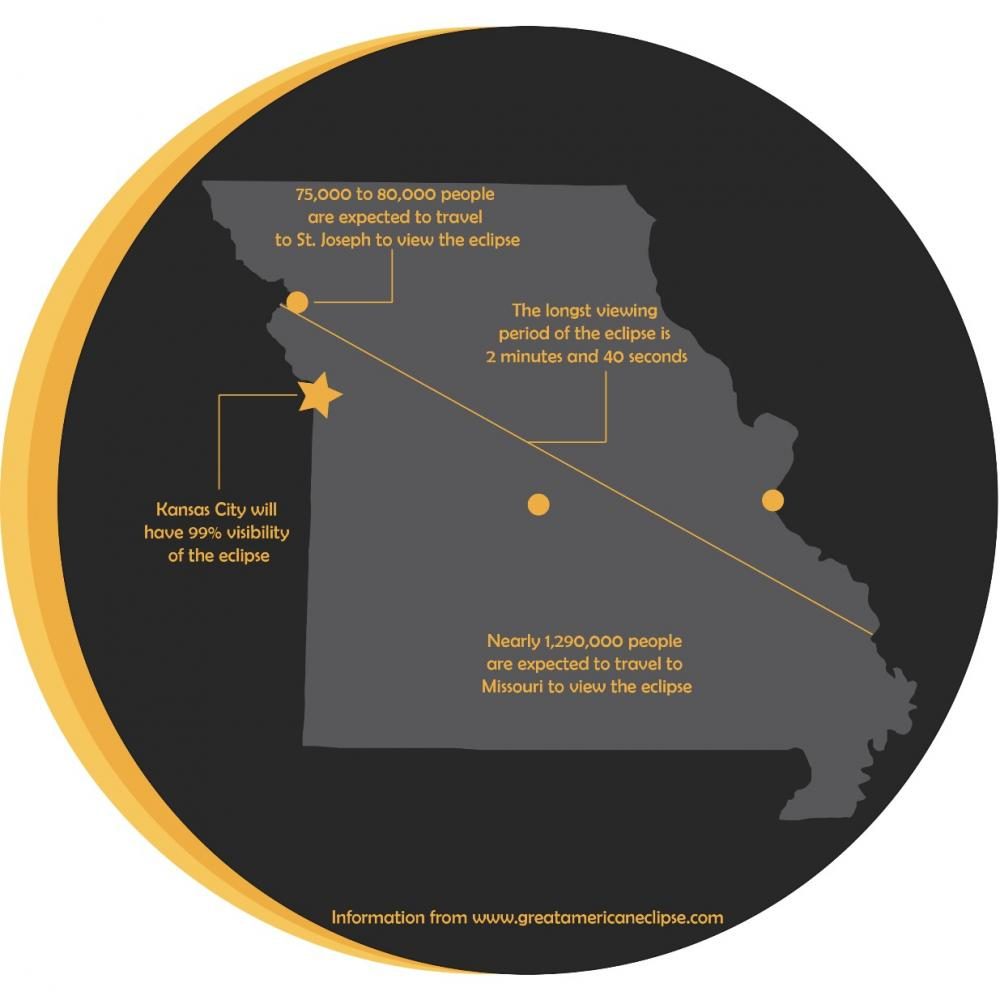 The first total solar eclipse to occur in the United States in the 21st century will arrive in Kansas City on Monday, August 21 at 1:08 p.m. Administration has created a special schedule for Monday that includes lunch and viewing of the eclipse. A 99 percent eclipse will be visible from campus, while totality is visible in many other parts of Missouri including parts of Kansas City, St. Joseph, and Jefferson City. Be sure to check back on both DartNewsOnline and our social medias for continued coverage.