Bar K will open late summer 2017 to provide for the growing pet industry. 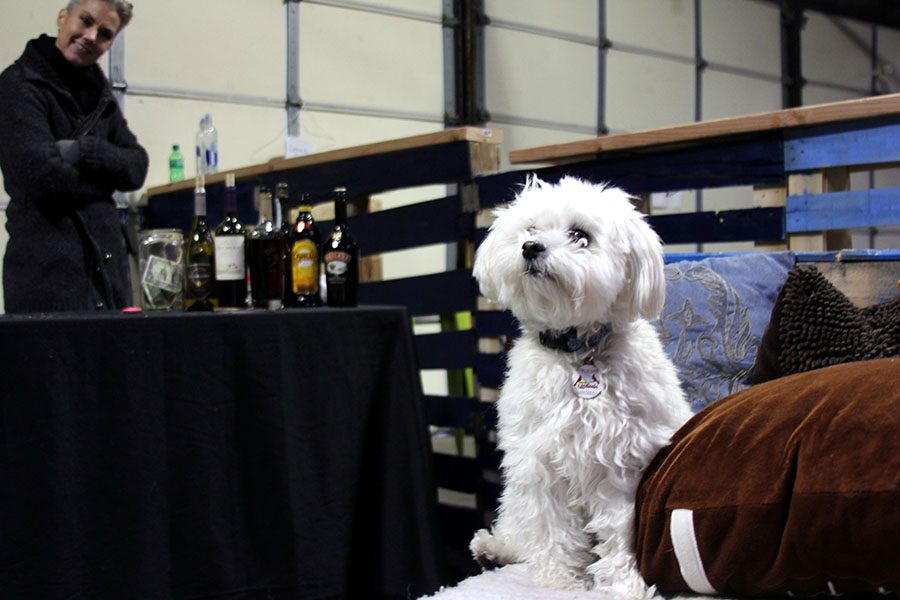 Aiming to fill the void between people friendly and pet friendly establishments, friends David Hensley and Leib Dodell set out to create Bar K, a professional dog park with a bar, coffee shop, restaurant and patio. Located in Berkley Riverfront Park in downtown Kansas City, Bar K is expected to open later this summer according to Hensley.

“My friend and I, without knowing it, got our dogs on the exact same day,” Hensley said. “We quickly realized the places you go with your friends: coffee shops, bars and restaurants, don’t allow dogs, or they are tied up to a fence. Then we started going to dog parks, and there’s not much for us to do. So, if you want to go out with your friends, the dog gets left at home.”

The park will allow people to bring their dog to have fun in the grass area while they grab a beer or a healthy snack with some friends in the dog-free part of the park. The restaurant will serve breakfast, lunch and dinner along with coffee and a full bar. There will also be healthy treats for your pet like brown rice and carrots.

Bar K will allow humans to let their dogs have fun in the two acre off-leash dog park staffed with trainers while they catch up with both dog and non-dog owners in the restaurant.

“When you go to a dog park, you are capturing a tiny portion of the dog owning population,” Hensley said. “But the entire population enjoys grabbing a cup of coffee or getting something to eat.”

Since it’s the first of its kind, Bar K has the opportunity to build from scratch. The group plans to be environmentally friendly by building with repurposed shipping containers and even looking into composting dog waste.

Missouri is the third highest dog owning state with over 45 percent of households owning a dog. This makes Kansas City a prime location to begin this concept. Hensley and Dodell hope to see this trend spread across the nation due to the $67 billion  dog industry in the US.

“We will have treats; we will have a retail area,” Hensley said. “If people are going to come here we may as well provide them with that to pick up while they are here.”

In addition to providing retail, Bar K will host speakers, concerts, movie nights and authors. Various breeds can form “breed groups”. There will be on site pet trainers. The park will host activities including a weekly “Bar K 5K,” along with speakers on pet-related issues and environmental issues, according to Hensley.

“Even though I have never been to a dog park with my dog, I definitely think this would be something most dog owners would want to check out since it is so innovative and fancy,” senior Gabby Wimes said.

Annual memberships are expected to be $180 for the first dog, plus $15 for each additional dog living in the same household as the first dog. Information about pre-purchase discounted memberships can be found on barkdogbar.com.

Until they open the permanent facility in late summer, Bar K Lab is a temporary indoor facility located in the West Bottoms at 515 Liberty St, Kansas City, MO 64105.

“How can you not have fun hanging out with a bunch of dogs who are hanging out and having fun?” Hensley said. “Because of that, the owners are having fun. The biggest compliment to us is when we get pictures that people post of their dogs completely worn out after a day at Bar K Lab.”