Dubill visited STA Oct. 12 to talk about her career in journalism and her experience covering the second presidential debate. 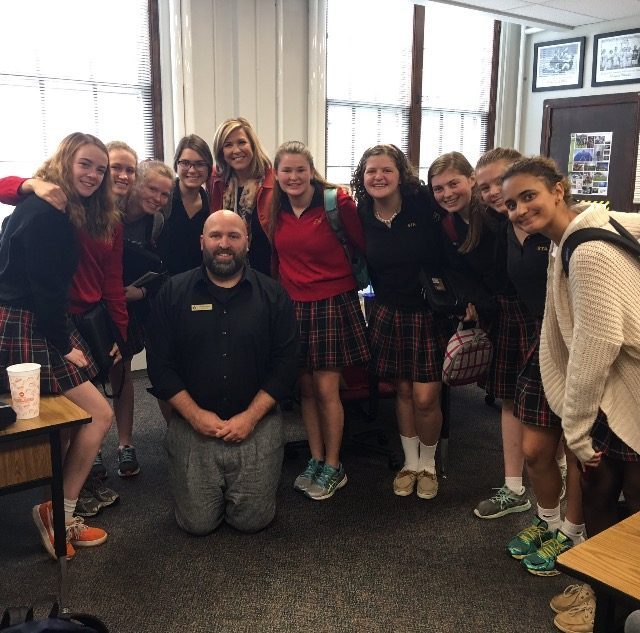 41 Action News anchor Christa Dubill was on campus this Wednesday to speak to journalism students throughout the day. Dubill talked about her experience covering the second presidential debate and answered questions about her journalism career.

Dubill’s presentation began with the setup and preparation behind the debate. She also shared the story behind her tweet at the debate that has been retweeted 12.6 thousand times so far, about a girl crying in the bathroom over the way she was treated by a Donald Trump campaign surrogate, Omarosa Manigault. Dubill was subject to hate by those who believed the video staged or that Dubill and the girl were hired from the Hillary Clinton campaign.

“It was really tough for me to stomach, the hate I was getting and the hate the girl was getting.” Dubill said.

Manigault had claimed that the altercation between her and the girl never happened, but a video of the exchange between them surfaced and proved the reaction to be true.

Students were then able to ask Dubill questions over both the debate and about what it’s like to have a career in journalism. One of the questions asked focused on discrimination in the industry and more specifically focused on the dress code for women.

“It’s less about male versus female and [more about] professional versus casual,” Dubill said.
Dubill will be the host at STA’s upcoming 150th Gala, Nov. 19, at the Sheraton Crown Center Hotel.