Music students will now be permitted to sign in at the front office of M&A in order to use the practice rooms on the third floor, which are open all periods and both activities. 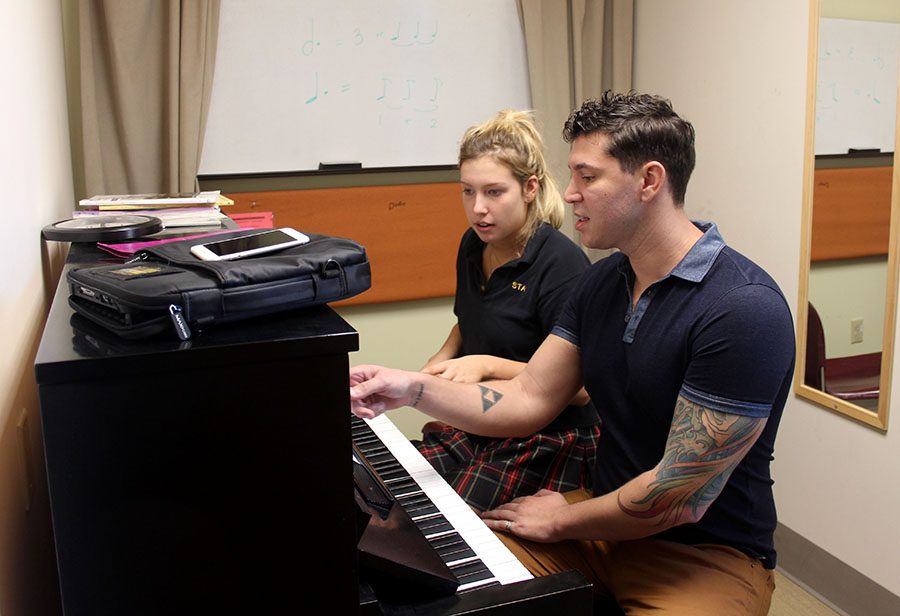 by Julia Kerrigan and Paige Powell

story by Julia Kerrigan
Senior Rose Genaris’ activity periods are filled with different pieces of music and lines to memorize. Genaris is involved in STA musicals, STA Singers, Praise Band and is the co-President of Choir Council. When she went to the KC Metro All-District Choir auditions last year, it was essential that she used all the spare time she had to practice her singing. When the music practice rooms on the third floor of M&A were closed off to students, this presented a big problem.

“When [choir students] thought we weren’t allowed to be in the rooms at all without adult supervision, we were worried because teachers are extremely busy,” Genaris said. “We thought it’d be impossible to find someone to supervise us.”

Music students are asked to use the rooms, in addition to their elective period, in order to learn their many pieces and notes.

“Part of being successful requires them to have outside practice time. Ideally they would practice daily but that’s not always practical,” music teacher Steve Perry said.
photos by Paige Powell

Initially, the rooms were banned due to noise complaints from Kansas City Young Audiences, whose offices are adjacent to the rooms.

“That was the initial concern, so we dealt with that,” principal of student affairs Liz Baker said. “Then, when we were discussing it as administration, we also considered the crisis plan, about students that were up in those rooms without supervision.”

The rooms stayed closed until administration came up with a solution to the supervision issue, with exceptions made for Genaris and those also preparing for Districts. Eventually, a new plan was formulated and the rooms were reopened.