The softball teams season ends in the district semi-finals. The Stars end the season with a program record for wins. 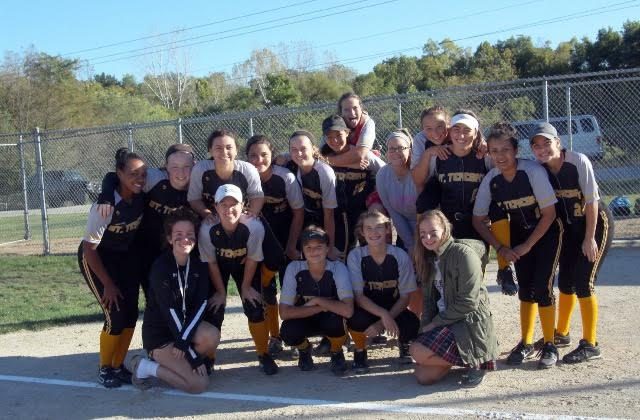 The STA softball team poses for a picture at the District semi-finals game. photo courtesy of Gabirelle Pesek

This past Wednesday through Friday the STA softball team entered Districts with the number 3 seed. They opened at Adair playing Raytown South High School Oct. 4 and won 12-4.

The Stars continued to play in the semi-finals Thursday against Lee’s Summit North High School. The score was 9-0 in the bottom of the fifth when a rain delay was called. They continued the game the following Friday where the stars lost 10-2.

The team ended the season with 17-7 and set the program record for wins in a season.