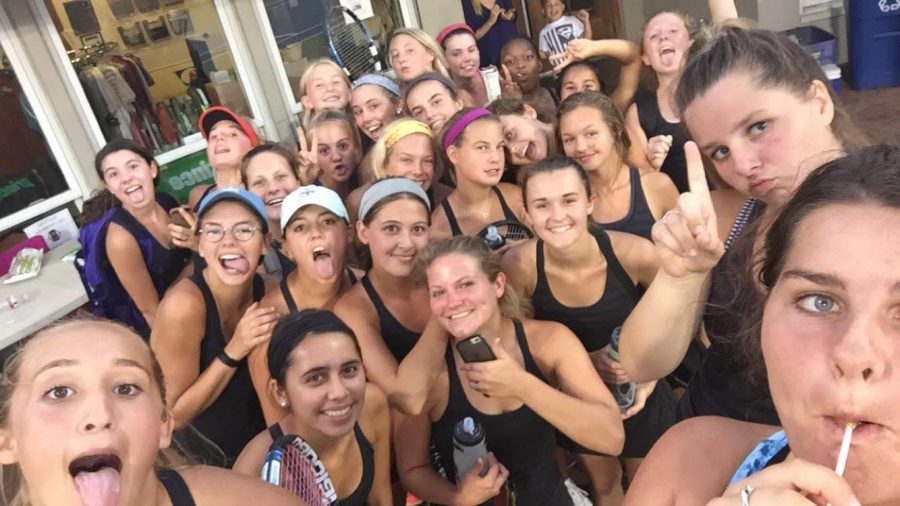 STA’s tennis team lost Districts 5-4 at the Plaza Tennis Center Wednesday Sept. 28. After winning the first two doubles matches, the girls had to win the last four singles matches to take home the victory. The team won the first three of the four singles, but lost the last. Senior Mary Claire Connor faced the same player she lost to a year ago during this final match. Connor says gaining many new strong freshman players has strengthened the team, and the made the year “one for the books”.

“It turned out to be one of our best seasons yet,” Connor said. “We are hoping to do well in individuals and hopefully I will get a third shot at that girl again.”