Learning to cope with my incapability to stand up straight. 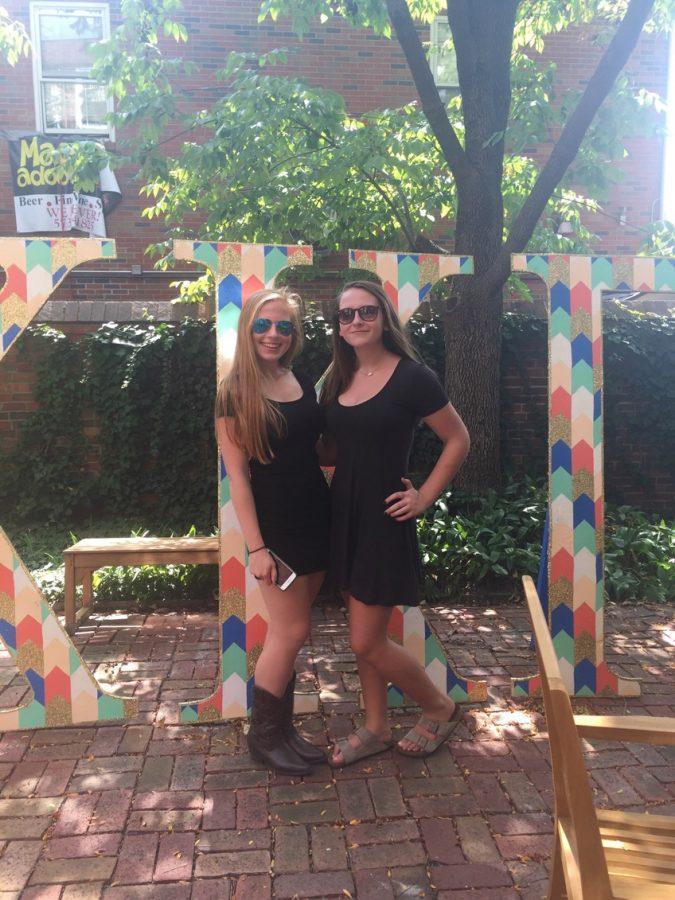 As many of my peers have witnessed, I am not the most coordinated person in the world at all. I fall all over the place. Not only hurting myself, but also innocent fish (RIP Li’l Sebastian). Honestly it’s a mess that has left my mother calling me the “kamikaze child”. This has led me to be hit by a car, break both of my arms, sprain my ankle, crack my head open, etc.

Let’s start with the first time I broke my arm when I was four. I touched on this story during my introduction blog (If you want the whole story check it out). Long story short, I was lightly bouncing on the bed when out of nowhere, boom, I was kicked to the ground by my merciless six or seven year old sister. There was lots of crying and screaming. Good times.

My second serious injury happened when I was a kindergartner. I went to St. Peter’s (SPS) for grade school, and when I first came to school we had a brand new playground. We had three slides, six swings and a two story tower. I set out to do all of them. Round one was easily just blue dangling bars in a straight line. Round two was a little harder. The final set was what really brought me down. The four daunting red circle that swiveled when grabbed seemed impossible but I was determined. After a successful pep talk from the one and only Walt Tabory, a religion teacher at SPS, I was ready. I grabbed the first swing and fell. Once again, lots of crying. I distinctly remember my mother feeding me a cheese stick because my dominant arm was just as useless as my non-dominate.

First grade was very eventful for me in the category of injuries. One day we had a late start, and my dad was staying home with us until we had to be at school, which was around 9:30 a.m. He was in the living room doing work, and I went to ask him if he could get me water because I was too short to reach the cups. He said he would, but after ten minutes I was done waiting. I had seen my older sister climb onto the counters many times before so I decided to go for it. Bad idea. I ended up hitting my head on the corner of the cabinet. I told my dad, but he didn’t do anything. When my mom got home, she saw me crying with hair matted in blood and asked if I wanted to go to the hospital. I said no and went to school. I don’t really know why neither my teacher nor school nurse didn’t send me home considering the fact that I had to have them change my head bandage every hour or so, but it’s whatever. I’m still salty that I never got the water.

My second story from first grade involves an eventful trip to Omaha, Neb. My mother, sister and I went up for a long weekend and ended up going to the zoo. Bad idea. As I sprinted across the street to see the magical animals, I was struck by a Prius. I want to specify that I was not tapped or bumped by the Prius. I was rolled onto the hood of the car and then jolted back onto the ground a couple feet away. The funny part is that before this, I went to McDonald’s and got ketchup all over my white coat so everyone thought I was bleeding out.

Let’s move on to a more recent story that  happened this past summer. I was hiking at Lakeside Nature Center with STA alumnae Kay Vanasdale and my sister, Meredith Mulhern. I stepped off a rock about five minutes into the hike when suddenly I was on the ground. I was convinced that it was broken but ended up finishing the hike because I was told to “suck it up”. They apologized for saying that after I showed them my sprained, bright purple, and swollen foot. The worst part of that was the fact that I scratched my brand new S’well water bottle. 0/10 experience.
There’s honestly no point in even trying to gain coordination at this point. I’m too far gone. During swim workouts this past Monday morning, sophomore Molly Cowan, passed me a medicine ball and it slipped through my fingers and fell on my face. I’ve come to accept that I will find random bruises down my legs and arms when I wake up for the rest of my life.