Royals impact KC in ways no one expected

Kansas City has shown loyalty for the Boys in Blue of KC throughout seasons. 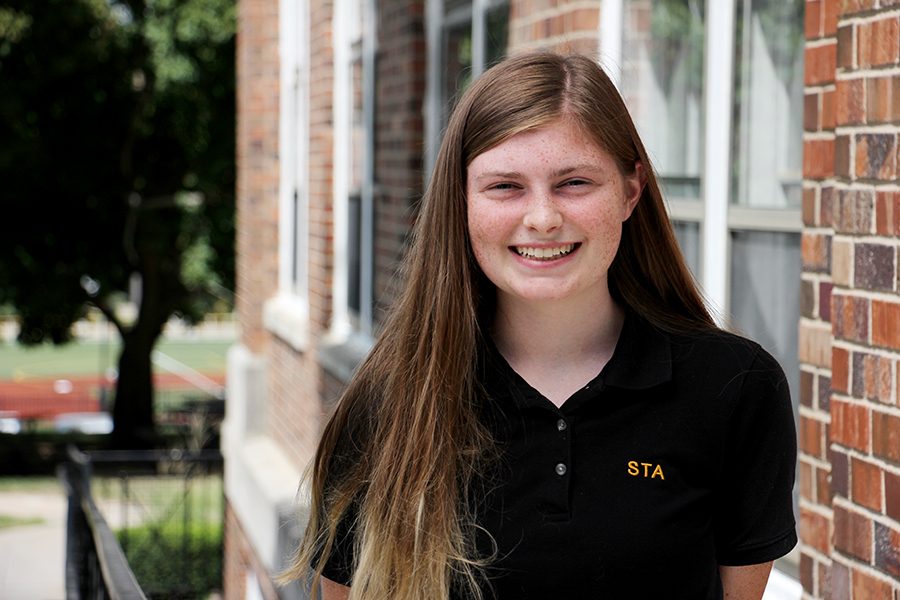 Alex Gordon comes to the plate in the bottom of the ninth inning of World Series game one, down by a run against the New York Mets. I scream and shout along with many other Royals fans, hoping for another magical comeback. The announcer’s voices signal the defeat of the Royals as they believe the first game is over, but the entirety of Kansas City knows better.

Gordon takes a huge swing, sending the ball to the track, to the wall, and gone.

“Gordon in the air to center, back at the wall, this game is tied!”

I cheer with joy as Gordon rounds the bases, and the Royals dugout explodes, knowing there’s no way they can lose now.

The Royals did not make the postseason for 29 years from 1985 to 2014 and struggled to find even the tiniest flicker of success, but now it seems like anywhere I go in Kansas City, I witness sea upon sea of blue, with Royals fans cherishing the sweet thought of the winning team and their great “Boys in Blue.”

Each time I hear of the team’s success, I find Dayton Moore, the general manager of the Royals, is credited with much of the work. He arrived in 2006 and has been able to transform and remake his team.

To me, baseball is much more than a game, like it is for many fans in Kansas City. I have grown to love the sport over the years and converse with my friends about our love of the game.

We lament each loss, celebrate each win, and take joy in watching all the spectacular plays.

Our team has gradually climbed from the bottom of the league to the very top, reaching two World Series in as many years.

Their team has impacted the entire city, turning non-sports enthusiasts into some of the greatest fans. In fact, I asked a girl during the 2014 World Series whether or not she knew who the right fielder for the Royals was at the time.

She promptly responded, “I don’t know,” as if she did not care for the team. She was not a very big sports fan then but showed interest in the game after the Royals became a phenomenon across the league. She now attends games frequently and has become a great fan.

Even George Brett agrees baseball has been brought to attention for many new viewers.

“I’ve lived in Kansas City over 40 years,” Brett said. “I know people that never went to a game, never wanted to go to a game for the last 25 years. Now they’re talking baseball. How great is that!”

Loyalty to the Royals was shown in one of the biggest gatherings for a World Series parade ever in celebration of the 2015 World Series victory. Approximately 800,000 people showed up to the parade, supporting one of the greatest teams in KC Royals history.

This year, their luck is not so great, but Kansas City has always been a baseball town and will always bleed blue as I do.