Nobody Puts Kenzie In The Corner: WHY are there so many locks?

Senior Mackenzie O'Guin's relationship and sanity are put to the test at Tick Tock Escape Games. 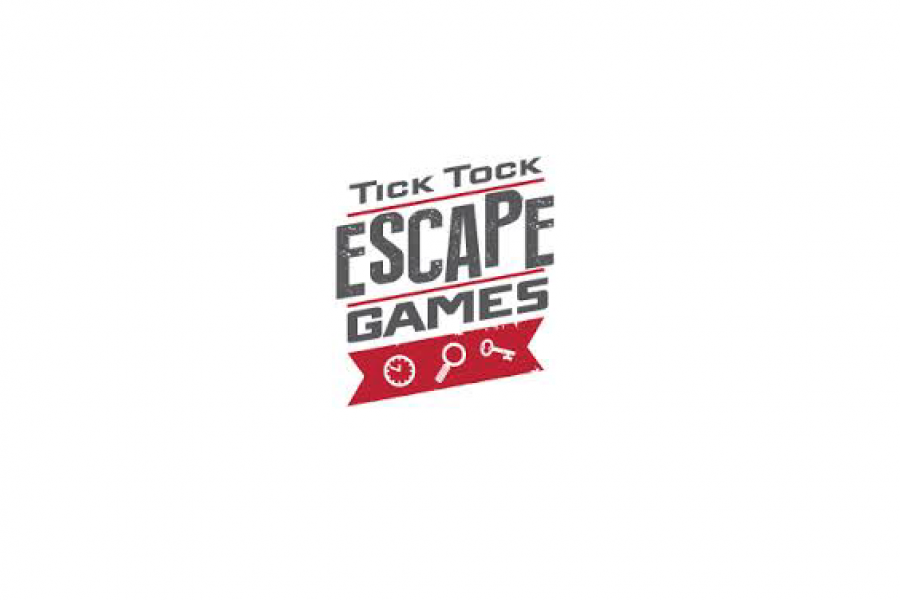 When St. James junior Reid Parsons and I plan dates, we take turns. One week, he plans the date, the next week, I plan, and so forth. You can usually distinguish who organized what because Reid generally plans things I like (like coffee or horror movies), and I usually pick things neither of us like (like bowling or being locked in enclosed spaces and forced to solve puzzles). Thus, Reid and I found ourselves at Tick Tock Escape Games.

Upon arriving, we filled out waivers in the lobby stating that any injury was basically a result of our own stupidity, and a kind young fella led us to an industrial-looking door in the adjacent hallway that would lead into our room. I anticipated the room on the other side would be spacious and methodically bare, with few resources with which to achieve the desired ends.

I was wrong. Instead, I opened the door to a tiny room, slightly more roomy than the average broom closet and stuffily furnished with a desk, armchair, side table, bookshelf, and several locked chests. It felt tight with only two of us in there, so I could not possibly imagine doing it with the recommended party of six. The chipper worker then explained the rules of the game.

Don’t be stupid, he advised. Apparently, they had issues in the past with people ripping fixtures of the walls or trying to tamper with electrical wiring. He promised that the various cords attached to the lamp or radio were not in fact part of the game, but legitimate electrical devices that would literally shock and kill you if you rip them apart in search of clues. If you get stuck, press the “Hint” button on the wall, and your hints will appear on the TV screen adjacent to the surveillance camera in the corner.

“But, the most important rule is to have fun!”

With that he left the room and our time began.

Let me preface this by saying that I am thrilled by this new trend of recreational escape games as I have been training my entire life for things like this. As a childhood Scooby Doo fanatic, ex-wannabe FBI agent, and mystery fanatic, I have spent the last sixteen years accumulating a vast arsenal of knowledge in preparation for the day I eventually will be put to the test. However, my life has turned out disappointingly dissimilar to the board game Clue, thus my skills have remained untapped. Until now.

Furthermore, as you can imagine, our differences in technique were a matter of contention. I distinctly remember saying, “Reid, I’m not saying this is going to be us or anything, but I can see how relationships end over activities like this.” There was a lot of yelling. Most of which was brimming with expletives. As much as I would love to go into specifics, I’m not actually allowed to add any photos, videos, or specifics about the trials and tribulations we experienced for the sake of not spoiling the whole “escape experience” for others. So, now, I would like to divert to a quick Q&A with Reid to give you another perspective.

Mackenzie: Okay, make sure you give me good responses or else we are breaking up. First question: how would you describe our escape experience?

Reid: One word, exciting. The combination of locks and hints along with the pre-set time limit required the ability to work fast and cooperate well. Success was not guaranteed.

Mackenzie: What a well-put and generous description. Now, I would like to remind you that this is my blog. I’ve done it for three years, and I am extremely honest when writing. With that in mind, how successful do you think we actually were? And, how well do you think we cooperated?

Reid: I think the cooperation needs work. My partner (Mackenzie O’Guin) had much greater success when it came to solving puzzles and sorting through books. I, myself, struggled in contemplating the clues, inevitably leading to the destruction of the room. In conclusion, there wasn’t even the slightest chance that we were going to make it out.

Mackenzie: I agree that I am better than you. More on that later, I’m sure. What, if anything, do you feel you learned about us, me, yourself, or life through the escape?

Reid: I learned that my social skills (when rushed) are very insensitive and unreliable. Half the time, I don’t know what I’m doing or saying. Relationship based, my girlfriend is much more intelligent than I am. I will be relying on her in the future. But, as for escaping the room, the reward and satisfaction gained through knowing that goal was achieved meant I could finally reward myself with Chipotle.

Mackenzie: I would like to corroborate that you were very mean to me whilst trying to escape the room. Having said that, would you ever recommend this escape game or similar to others?

Reid: Absolutely! The nature of my being loves watching the struggles of others (take that as you want to). If you enjoy challenging yet frustrating scenarios consisting of a group of people trapped in a 400-square-foot room, then this is for you.

With that, I would agree. All in all, I did truly have a blast. Hopefully my melodramatics have not deterred you from experiencing the claustrophobic anxiety of a good escape game. Per usual, please comment your feelings about this post, what you want me to do for next time, etc. I want to thank you very much for “Reid”-ing this blog post. (AHAHAHAHA)

Special thanks to Tick Tock Escape Games for tolerating my passive aggressive (less passive than aggressive, really) yelling, Reid Parsons for his contributions to the experience and mainly for still talking to me after having to deal with me yelling at him in a confined space, and Dawn O’Guin for recommending this “fun” and “cute” date idea. I was neither “fun” nor “cute,” but as Marilyn Monroe once said, “I’m selfish, impatient, and a little insecure. I make mistakes, I am out of control, and at times hard to handle. But, if you can’t handle me at my worst, then you sure as hell don’t deserve me at my best.”