As a biracial person, I feel pressured to either side only with the white community or with the black community. Not both. 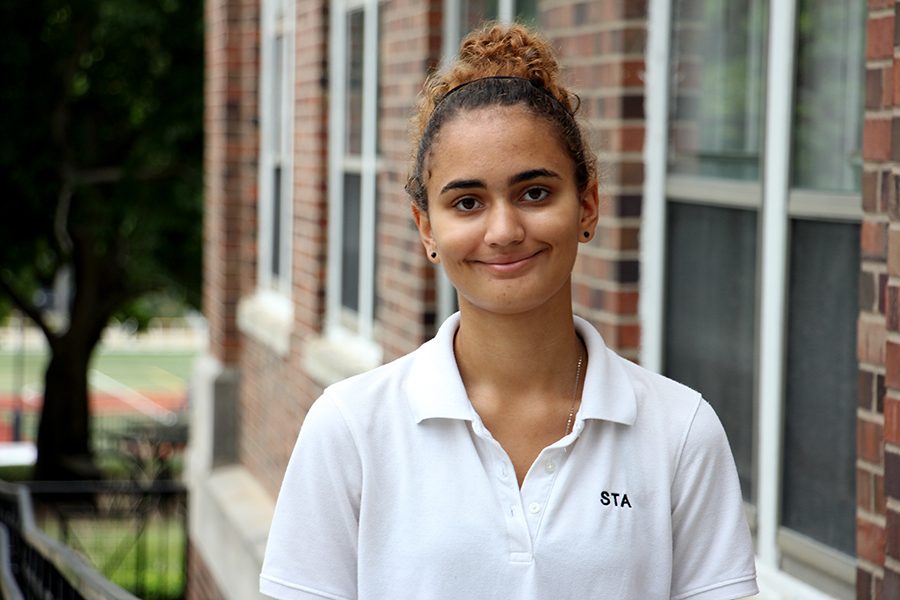 I find myself saying the phrase “I am biracial, my mom is white and my dad is black” so often that now it doesn’t even phase me anymore. And don’t get me wrong, it’s important to clarify who you are and where you come from. But the problem that I face with being biracial is often one that people may not even think of. I’m living my life treading one foot in the black community and the other in the white community, having to deal with not only the fear of not being accepted into either of those communities but also with having to deal with the complicated racial discrimination and racial manslaughter.

Community is essential to how society functions. It gives people something to identify with, something that unifies them. But the issue at hand is who has an inherent right to be in those racial communities and what has become of the communities themselves. I should have the inherent right to be in both the black and white communities because I am both black and white. I was raised with the privilege of being able to experience firsthand what these communities have to offer. But it’s soon because of those privileges that I began to feel like I actually didn’t belong at all. When I’m with the black community, do they only see the white in me? And when I’m with the white community, do they only see the black in me?

I once attended a seminar focused on women of color, and at the end of each day there would be caucuses designated for people of color and then for white people. I was conflicted with which caucus to go to, and in the end I went to the POC caucus. Everything seemed to be going fine until I had made the comment about being biracial. And it was at that point when another black person, someone who I originally saw as being an equal, began to verbally attack and criticize my actions for essentially being “too white”.  And it was in that instance where I realized that within these communities, there will be times that biracial people will be singled out, just like I was, for not being “fully” black or “fully” white. This notion of having to be fully white or black honestly coincides with the constant conflict that surrounds these two particular communities.

Treyvon Martin. Philando Castile. Alton Sterling. Ferguson, Missouri. The Black Lives Matter Movement. The onslaught of racially charged shootings, police brutality, the racial discrimination in our very own streets, our neighborhoods, our work places, our media. It’s all toxic to these communities, forcing them to be at each other’s throats and to fight a war that’s been around since before America was even conceived. And in this fight, we are forced to pick a side. Either we are fully on the black side, or we are fully on the white side. I didn’t choose to be black. I didn’t choose to be white either. And yet, here I am, being forced to choose either the black side of me or the white side of me so that I can “fully” be on one side or the other. I’m forced to watch the two communities I have been a part of destroy one another, and I’m somehow supposed to say, “I’m only for blacks” or “I’m only for whites”?

I refuse to choose only one side. To denounce one half of myself for the sake of the other would be an insult to who I am. I am proud to be biracial, proud to be both black and white. I am proud that I have the privilege and the capability to be a part of both the black community and the white community. I get the opportunity to feel the pains of these communities and to celebrate the successes of these communities. I don’t have to choose a side, nor do I need to. Instead, I choose to fight the hate and the discrimination. I choose to use my privilege of being biracial to call out that racial discrimination isn’t as black and white as it seems. Because in the end, despite the differences in the colors of our skin or the differences in our culture, we all are still human beings tied together in the single community of the human race. And it’s because of that fact alone that we should come together to end the hate that’s tearing us apart from the inside.