Academic analysis: a closer look at the unique aspects of STA’s academics

The Dart takes a closer look at STA's academic offerings and culture. 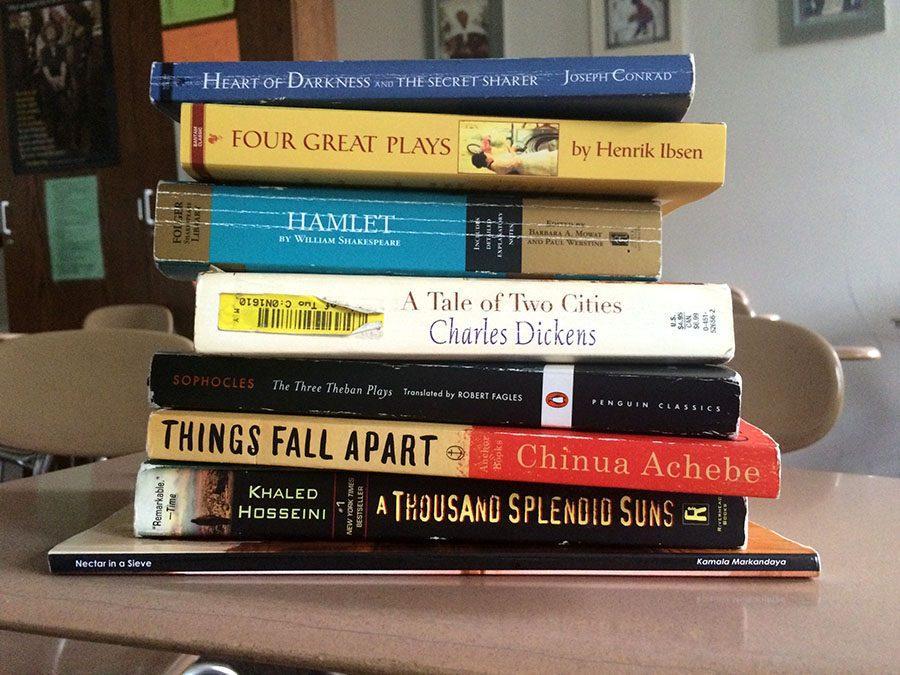 After freshman, sophomore and junior students completed the final step of STA’s annual registration process March 2, educational departments across the school examined the data to gather information on how many students would be taking various courses the next year. English department head Lindsey Duff ran into some “surprising numbers” for next year’s enrollment.

According to Duff, for the 2016 – 2017 school year, 116 students from the current freshman class had signed up to take Advanced World Literature in their sophomore year. To contrast, only 34 students from the same class had signed up to take Regular World Literature. For Duff, this discrepancy brings up a number of questions in addressing the situation. For the STA community, this is an opportunity to explore what makes STA’s academics unique, to explore the different facets of the educations students are receiving at this school.
WHY AP?
Since 1955, AP classes have “[developed] high school course descriptions and assessments that colleges would find rigorous enough to use as a basis for granting credit,” according to the College Board. In AP courses, students study rigorous content throughout the year, finishing the year off with a culminating test in May.

Senior class valedictorian Sarah Cigas is currently enrolled in four AP classes. Although the acceptance of her AP scores as college credit depends on which school and major she chooses – different AP-friendly schools have different requirements on which scores merit credit – Cigas believes her STA AP classes have served her well, providing her with more of a challenge.

That “challenge” for Cigas means having a course with a pace that matches her own and an environment in which she feels will prepare her for college level courses.

“From a purely financial and practical standpoint, if you can pay 90 dollars and get three or more credit hours for a school, that’s obviously saving you and your parents a lot of money,” Duff  said.

Duff also remarks that students who have previously taken AP courses are more likely to perform higher in required entry-level college courses, regardless of performance on the actual exam.

AP VS IB
Around 14,000 public schools in the United States offer AP classes, while there are around 830 schools nationwide that offer IB, or International Baccalaureate. STA opted not to offer the IB program, but Shawnee Mission East High School does offer IB.

The IB program is similar to an AP class, but is not yet as widely recognized, according to SME IB English teacher Kristin Fry. Class evaluations are spread over the course of the two-year program, rather than all culminating in one final exam, and can be both internally and externally assessed. If a student passes at the end of the two years, he or she will receive an international baccalaureate diploma, valid for college internationally and within the United States.

In an AP curriculum, students may pick and choose which classes in which to take an advanced version, while SME’s IB program dictates that IB students’ core classes must all be IB courses. For students, this presents great rigor, according to SME junior and IB student Portia Renee, as the “baseline” amount of work is higher for IB than regular and AP courses, with occasional swells in homework loads.

Because of IB’s “scripted” or pre-planned nature, STA chose to pursue the AP option instead, according to principal of academic affairs Barbara McCormick.

“Part of what we look at when we choose a program is, is it scripted, how much freedom is there at the school level and the student level to make choices, and the AP program allows us to pick and choose which courses will work with our strategies, our initiative,  and even our student interest,” McCormick said.

Along with the tightly knit community that comes with a select group of “35 kids in basically every class together,” the IB community consists of a more intellectually inclined group than that of AP students, according to both Renee and Fry, describing AP as the “sprint” and IB as the “marathon.”

“My perception of [AP courses] is that they are competitive, like you’re competing for class rank, and you’re trying to get the highest score you can get on your AP test, but in IB, it’s a community effort,” Renee said.

For Fry, the freedom of creating her own booklist for her IB class allows the class to be more personalized and unique, along with the motivation of the students. IB students at SME pay around $1000 per year for a “tuition” of sorts. Fry and Renee describe the IB program as a sort of private school at a reduced rate, drawing a comparison between STA’s environment and that of the rigorous IB curriculum across 830 schools in the U.S.

ADVANCED VS REGULAR COURSES
At STA, honors, AP, and dual enrollment courses provide a 5% weight to a student’s GPA, or grade point average. This, combined with internalized and externalized goals, often pressures students into taking the most advanced course option available, according to both Duff and McCormick. Ultimately, however, McCormick believes it is up to students to manage their time and know their own abilities.

“Every students is different,” McCormick said. “As long as you are finding balance, we are not here to say no to the number of AP courses, but we are here to say ‘Do you have good balance?’”

The recent discrepancy in numbers between regular and advanced enrollment in the English department, Duff believes, can be attributed to students feeling a sense of peer pressure in signing up for an advanced version of a course at a rigorous institution like STA. To combat this, Duff said English teachers had individual conversations with students to ensure that students “aren’t taking [Advanced World Literature] just because they feel pressured to do so — that they’re taking it because they’re academically prepared…”

In order to enter an advanced track course, one must meet the prerequisites already set. However,  for classes that offer dual college credit, the College Board sets a minimum GPA that STA has no control over. The prerequisites here are to ensure that each student is challenged appropriately, according to McCormick.

“Prerequisites are there to set a standard,” McCormick said. “If you don’t hit that mark, that means that the regular course work at STA is rigorous enough for you and the advanced classes are probably too difficult for you.  And if the student really wants to take that class and they excel in that subject, they should go talk to that teacher.”

For sophomore Karen Crouch, these prerequisites presented harsh limitations. Leading up to the annual computer registration, Crouch attempted to enroll in AP American Language and Composition, only to discover that her math grade from freshman year lowered her GPA “only 0.35 points too low” to enroll.

McCormick and Duff both agree that “regular” classes at STA are still excellent preparation for college, although they may lack an advanced title. Duff describes the comparison between her previous education jobs at larger, public schools compared to her experience at the “wealthy, brookside” STA.

“I think some of the regular classes at those schools are more focused on getting the kids to be able to read and write at grade level, so I feel like here, my [regular literature course] was more like an honors or advanced course at one of the other schools where I taught,” Duff said.

For Duff, what is most unique about STA is the culture of students and teachers, teachers truly wanting to support their students.
“I think the difference [between STA and other schools] is really that we have high expectations for you,” she explained. “We really want you to become high readers, writers, thinkers,[and] speakers.”