Kindness week was held Mar. 7 through Mar. 10 and focused on mental illness awareness. 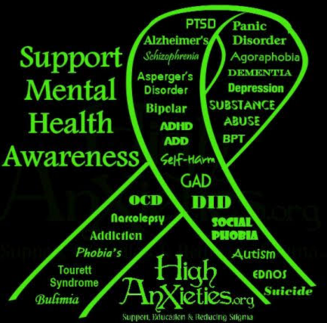 This year, the group decided to focus on the theme of mental health awareness. On Monday, students participated in “Advisory Positive Pats” where students wrote kind things on pieces of paper that had been taped to the back of fellow advisees. On Tuesday, students had the opportunity to view the film “Call Me Crazy” in the auditorium.

According to Peer Helpers president, senior Kellie O’Toole, “Call Me Crazy” is a five-part movie about different stories dealing with mental illness.

“[Peer Helpers] chose [“Call me Crazy”] because it was informative but also meaningful,” O’Toole said. “It gave a glimpse into what life is like for the people and family members of those dealing with mental illness.”

On Wednesday, students were able to purchases baked goods from a bake sale. All of the proceeds from the sale will go to the Kansas City chapter of NAMI, or National Alliance on Mental Illness. Students also had the opportunity to show their support for mental illness awareness on Thursday by sporting green ribbons on their clothes.