Looking for something to do? Do this. 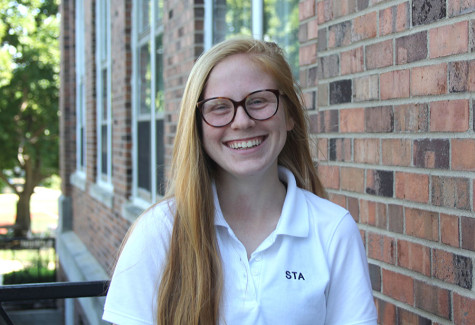 So this is our last full week of school for this entire month (#blessed). However, for seniors at least, that just means more time ticking away for us at STA. I’m slightly panicking, but that’s mostly due to the fact that I have no clue where I’ll be going to college. Besides that kind of major decision, I’m actually so sad that I’m going to be graduating soon and leaving my home, KC.

So, in order to make the most out of the rest of my time here, I’ve made a bucket list.

You’re probably thinking, “Oh my gosh this is so cliche, what are you even doing?” But just bear with me for a second, I swear this’ll be good.

This little list of mine doesn’t apply to only seniors, it can be used by all of you. So, here it goes!!

Stay up all night. For those of you who know me, you know that I MUST have more than seven hours of sleep in order to not act like the spawn of Satan the next day. Why I aim to subject myself to this, I couldn’t tell you. Most definitely not going to end well, but I figured some funny stories could come out of it.
Go to Breakout KC. Who doesn’t like being locked in a room for an hour?
Spend a day at the River Market. Seriously, this place is so cool. Go antiquing, try Ethiopian food, buy some fresh fruit or you could even buy a baby goat. Buying the goat is clearly the best option here.
Go to an abandoned place. I have an inherent fear of walking into an abandoned building and either end up finding a dead body, getting arrested for trespassing, or get attacked by a heroin addict who’s just livin’ it up in there. It’s unpredictable, which makes it fun, I guess.
Eat at Town Topic. I’ve never actually had a meal from there. I know, I know, that’s really awful of me and I plan on doing it soon.
Go hiking. Who doesn’t love hiking???
Go paint-balling. I’ve been paint-balling once, and I’m basically the Katniss Everdeen of paintball. I shot someone over ten times in the leg and gave her several welts. I’m kind of sorry, I guess.
Go canoeing. I’ve learned from Indian Princesses that I am freakishly good at canoeing. However, I’m also kind of traumatized by canoes because ours flipped a few times and I nearly floated down the river, never to be seen again.
Go on a trip with friends. Technically I’ve done this before, but I’m doing it again for Spring Break. #CostaRica2k16!!!!! But seriously, I highly recommend going on a trip with friends. You’ll make tons of fun memories and have the time of your life. Or, on the other hand, you’ll want to kill all of your friends by the end. That hasn’t happened to me, but it’s definitely a possibility. Just warning you.
Go rock climbing. It just looks so fun and challenging, and there’s an underground rock climbing place in Westport called Caves KC. Check it out.
Go to Ikea. I’ve never been, and apparently it’s like a small city in there.
Go to Kaw Point. Who doesn’t wanna see the KC skyline reflecting across the Missouri River?
Have a dank prom night. (Insert sunglasses emoji here).
Go to a commercial haunted house. Pee your pants with your friends!
Go to a real haunted house. Pee your pants with your friends again!
Go pumpkin picking and apple picking. Yay for fall! I won’t complete this by the time I leave Kansas City next year, but you guys can. Live it up for those cute, artsy fall Instagrams.
Go through a corn maze. My experiences with corn mazes haven’t gone well in the past. The first memory I have of a corn maze is extremely negative due to the fact that the ground was COVERED in crickets, which I am afraid of. The second time I went through one, the place closed and we got lost.
Be a vegetarian or vegan for a week. Don’t kick it before you try it, kids.
Learn how to drive on the highway. If you’ve kept up with my blogs, you know I’m deathly afraid of driving in general. This item probably won’t happen for a while.
Learn how to cook yourself dinner. Lunchables, microwave meals and frozen pizzas do not count.
Take a picture with the Loose Park snake. Technically I’ve done this before, but the guy wasn’t at Loose. I found him at First Friday’s in the Crossroads and the drunk women behind me started screaming when they realized I had a five foot long snake around my neck.
Go to the lake with friends. I guarantee there is nothing better than sitting out by the lake on a summer night with your friends while fishing and listening to music.

Go on, kids. Go have some good ol’ fashioned fun before you’re old like me.