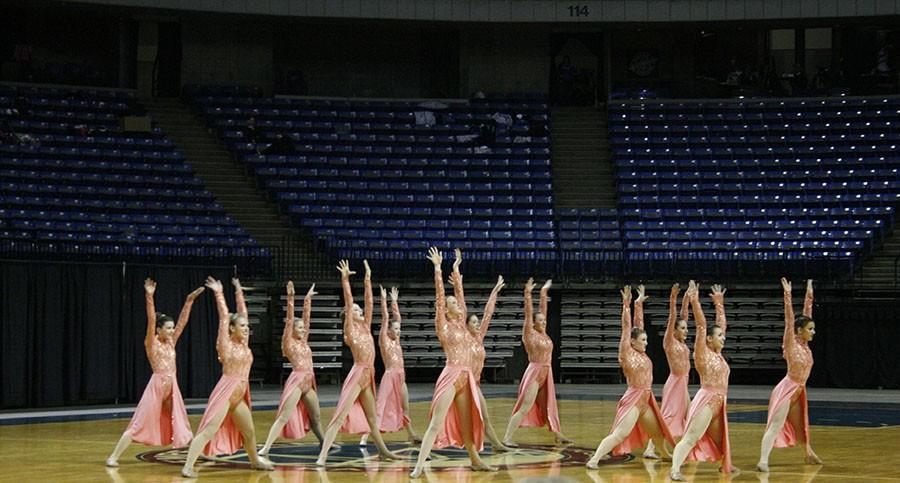 by Elsa Feigenbaum and Anna Hafner

story by Elsa Feigenbaum
The STA dance team attended the state competition at Kemper Arena Feb. 20. The team received fourth place for their lyrical routine and third for their mix routine.

The team qualified for state in December at the Kansas City Classic competition in Liberty, Mo. This required attaining a certain score on each of their dance routines.
gallery by Anna Hafner
[nggallery id=1202]

According to junior and dancer Elena Engelke, the team has been cleaning and perfecting their mix and lyrical routines since June and August, respectively. She felt the team was nervous for their lyrical dance, but became more comfortable later on in the day for their mix dance and in turn scored higher.

“Personally, [during the first dance] I was trying my hardest not to mess up,” Engelke said. “I thought we did awesome considering we had some tough competition.”