An ordinance passed in recent months, which raised the age to obtain tobacco products to 21. 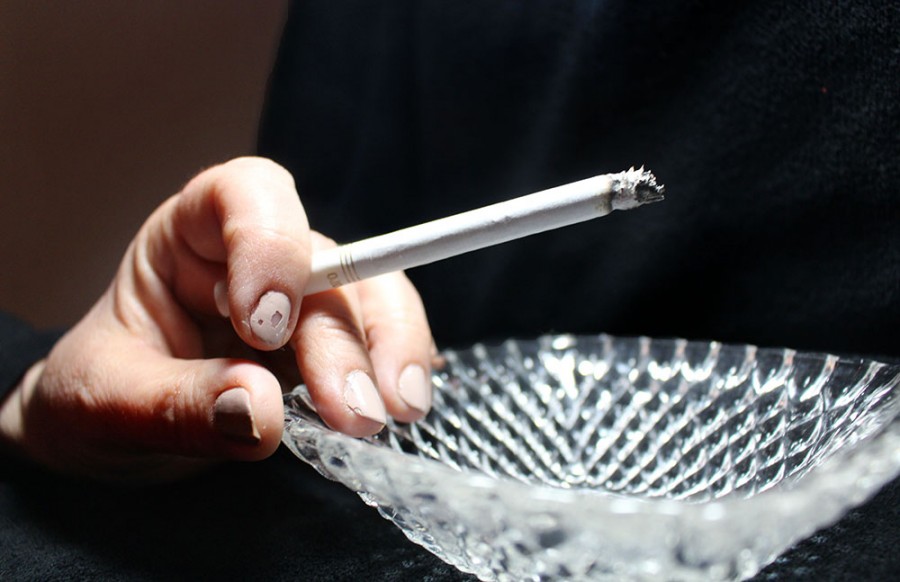 A hand holding a lit cigarette rests on an ash tray. In mid-November, the Kansas City, Mo. City Council and Kansas City, Kan. Unified Government Board of Commission passed an ordinance raising the legal age to buy nicotine and vapor products from 18 years old to 21 years old. photo illustration by Kat Mediavilla

In mid-November, the Kansas City, Mo. City Council and Kansas City, Kan. Unified Government Board of Commission passed an ordinance raising the legal age to buy nicotine and vapor products from 18 years old to 21 years old. The goal of this ordinance is to eliminate underage smoking in the KC metro area, according to the City Council.

According to a statistic from the Kansas City Star, teens who start smoking before they are 18 years old are likely to become lifetime smokers. By raising the age to buy nicotine products, members of the City Council hoped to make items like cigarettes harder to come into possession of minors.

STA senior Jessica*, who has smoked since sophomore year, is partly affected by this new law, but does not think it will make a difference in teen smoking statistics.

“While it’s inconvenient, I don’t feel like it’ll drive me to quit,” Jessica said. “Now I can just go into Kansas [to buy cigarettes].

A smoker since 16, senior Kelsey* agrees the law will not make much of a difference in her methods of obtaining cigarettes.
photos by Kat Mediavilla

“I just asked my older friends [in the past] or can drive to Independence,” Kelsey said.

Both girls agree the law was “poorly planned” not just from an underage smoking standpoint, but from a fiscal view as well.

“Kansas City has an insanely low Excess Tax on cigarettes, and I personally think heightening the tax would be a larger deterrent against smoking for KC’s youth than this new law,” Jessica said.

Even though this new ordinance is aimed at terminating teen/underage smoking, 18 year olds are still legally allowed to utilize smoking products in the KC Metro area, they just cannot purchase them. According to The Star, people under 21 are not penalized for possession of tobacco products, but sellers are subject to a $200 fine for underage sales.

“I get where [the lawmakers] are coming from,” Kelsey said. “But I think they should have just raised the taxes because, from one view, it’s stressful that you can fight for our country at 18 but can’t buy cigarettes.”

Kansas City is the second largest metro area in the country, behind New York City, to raise the tobacco age to 21.