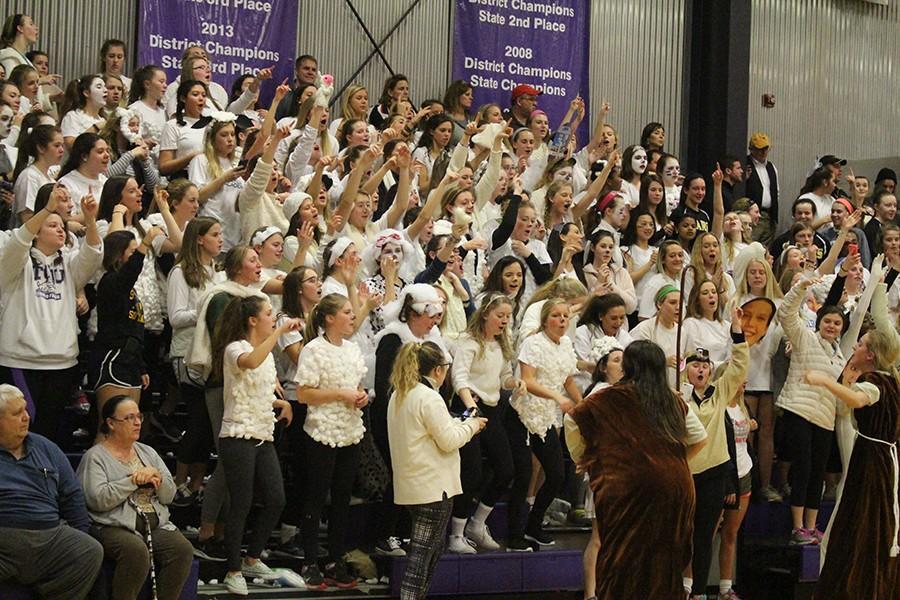 The STA student section cheers at the varsity basketball game against Notre Dame de Sion High School Jan. 29. The theme for the game was sheep, led by seniors MaryMichael Hough and Gabby Keller dressed as shepherds. photo by Kat Mediavilla

by Victoria Cahoon and Kat Mediavilla

STA took the lead at the beginning of the game and were ahead with a score of 27-18 at the half. By the end of the game, STA had extended their lead to 16 points. Earlier that night, the JV and freshman basketball teams beat Sion, making it a sweep for the Stars.

STA’s next game against Sion takes place Feb. 24 at STA.