Although the STA varsity volleyball team lost the state championship, the team remains proud of their performance this season. 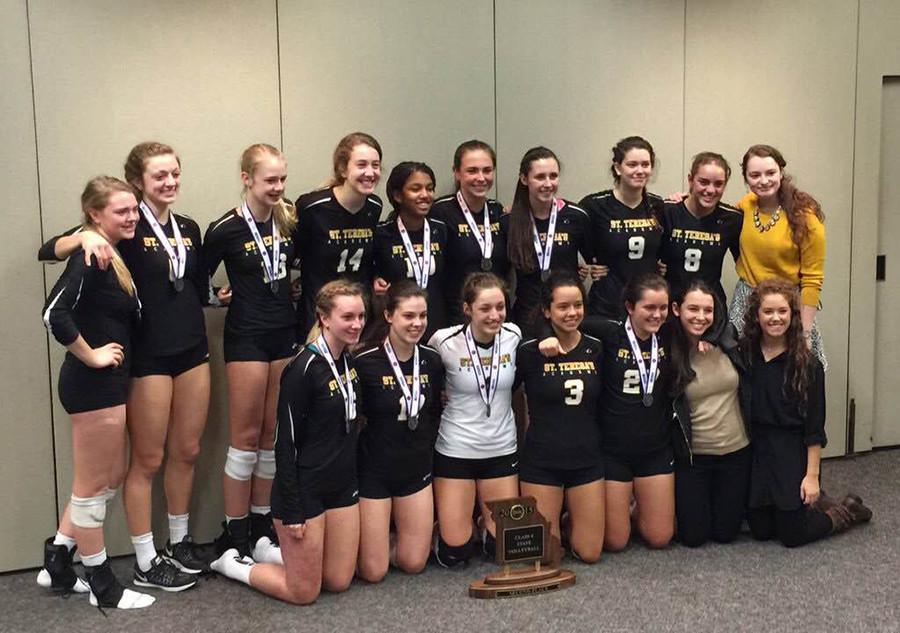 The STA varsity volleyball team poses for a photo with their state runner-up trophy Oct. 31. photo courtesy of Tyler Abney

The Stars won the first game of the match 25-16 over Lafayette, but fell 25-19 in the second and 25-11 in the third. This match was Lafayette’s fifth straight Missouri Class 4 state volleyball championship title.

Seniors and team co-captains Maddie Torti, Delaney Meyer and Zoe Jackson led the Stars through the championship match. Torti had 14 kills and Meyer had a team-best 14 assists, according to The Kansas City Star.

“It didn’t end up exactly how we wanted it to,” Meyer said. “But I think we far exceeded everyone’s, including our own, expectations of us.”

STA was looking to win its first volleyball state championship since 2006, according to Torti.

“No STA volleyball team had made it anywhere near this far in [almost] ten years,” Torti said. “We gave it everything.”

Jackson is grateful for the experience of going to the state finals with the team.

Team manager and senior Kailey McNett appreciated the team’s support for each other in the final match of the tournament.

“Every single point [we earned had] the whole bench standing up and yelling,” McNett said. “I am so proud of them, I feel like a proud mom.”

As captains, Jackson, Meyer and Torti are proud of the team’s performance at state.

“We were so close to winning but no one on the team can be sad with how we did,” Torti said. “The experience was amazing. It’s something I’ll never forget.”