You scream, I scream, we all scream for Scream Queens 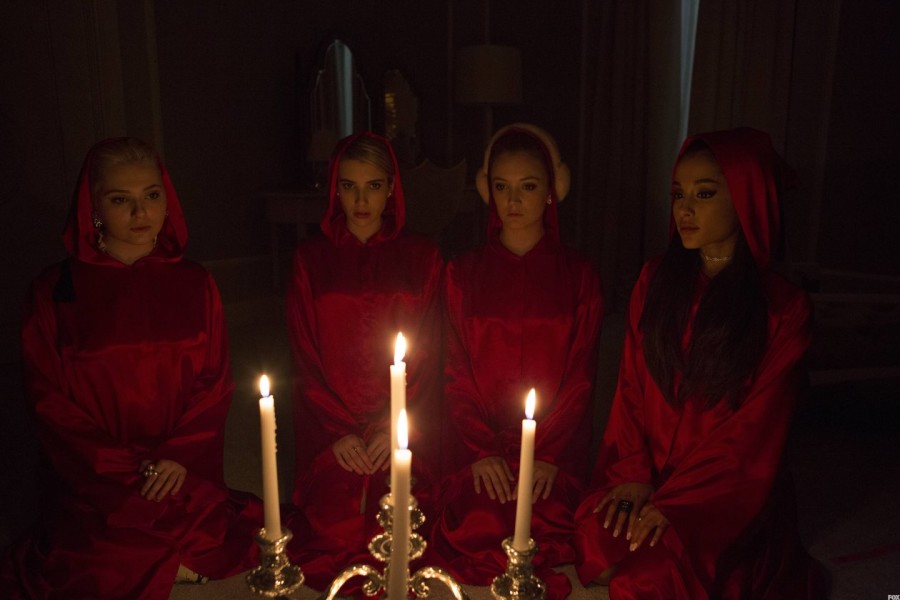 When the cast was announced for this fall’s new TV show Scream Queens I was already hooked.  With names like Emma Roberts, Keke Palmer and Ariana Grande, I knew the show would be interesting to say the least. It is directed by Ryan Murphy, a.k.a. the man responsible for Glee and American Horror Story. After Glee stole my heart and many Emmys and AHS scared me to the point where I was not able to continue watching it, I looked forward to a show that could bring together both ends.

Scream Queens follows a group of sorority girls under the reign of their leader Chanel, portrayed by Emma Roberts, and are referred to as Chanel no. 1, 2, 3, and so forth. The elite of Kappa Kappa Tau are the most popular, rich, pretty girls at school but it all comes at a price. There are some dark secrets behind the diamond encrusted front doors of their palace-like home. I don’t want to give too much away, but it involves lies, hazing and murder– just to name a few.

The character tropes are so exaggerated that it’s hilarious. You have your standard all-female cast: the rich, blonde valley-girl (who is of course the leader), the henchmen (one blonde and one brunette, respectively), the nerds who want to join the group, the doe-eyed motherless heroine, and the overbearing dean of students who wants to take down the popular girl. While giving in to all these standard character types may seem like a sign of weakness or poor writing, I think Murphy provides all these characters and writes them in such a way that they are parodies of themselves.

I have watched all the episodes so far and have yet to distinguish an actual plot. Mostly, the gist of it is preppy sorority girls killing people so they can get what they want. It’s really no television masterpiece, but it is very entertaining.

Throughout the season, the girls in Kappa Kappa Tau investigate the murders at their house and try to protect themselves against the Red Devil. The Red Devil is the obscure character who kills people and pops up at random times to scare you. The worst part is, the Red Devil is a silent killer and you’ll never know when he is going to strike. However, the girls don’t know if the Red Devil is a random killer, or if the killer is among them. This alluring mystery definitely pulled me in from the first killing the Red Devil performed.  It’s scary enough that when I saw a Red Devil mask at a Halloween store I genuinely feared my life for a moment and had to check if I was actually alone.

The show can be quite violent at times, but I can pretty much easily get through an episode. For those who are in the same boat as me and fall somewhere on the spectrum between Glee and American Horror Story, I would encourage you to watch this show. It is the perfect amount of comedy, horror and drama all in one.

Scream Queens airs Tuesdays at 8 p.m. on Fox. Even if you don’t know if you would like the show, I would encourage you to at least watch the pilot– you will definitely be entertained.