The STA debate team competed in their first tournament Wednesday. 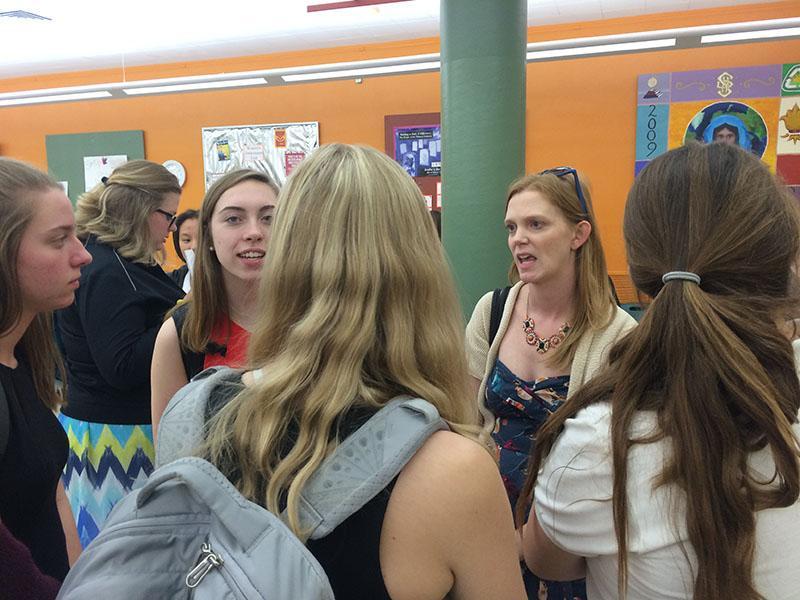 The STA debate team competed in their first tournament of the year Wednesday at Notre Dame de Sion High School. According to Kate Absher, one of STA’s debate moderators, this tournament involved between 34 to 36 STA students.

Absher believes that for their first debate of the school year, STA performed well.

“It was fun,” Absher said. “I think the girls were less scared than they thought they would be. It wasn’t nearly as scary as they had anticipated because everyone’s kind of in the same boat.”

STA is a member of the Metropolitan Parliamentary Debate League of Kansas City (MPDL-KC). The league involves about a dozen schools in the KC metro area, including STA, Sion and Rockhurst High School.

“It was a new, passionate group of schools,” Absher said. “Walking into the Sion cafeteria, it was one of the loudest experiences of my life. It was just excitement. There were so many people there in our league that Sion ran out of rooms. We were competing in the hallways, the teachers’ lounges and in the weight room. We’ve never been busting at the seams quite that much.”

Absher noted that this large of an event affected the unity of the team as a whole, but STA’s debaters, both Varsity and novice, took it as an opportunity to bond with their own partners.

“It was so crowded that it was actually kind of hard to build a true big team,” Absher said. “We kind of had to separate, because there were no tables. But, I do think [the girls] bonded with their partners and between partner groups.”

“One [of the topics] was about omitting standardized testing from the college application process,” Absher said. “The other one was pretty much about being scared and worried about the 2016 presidential election. So, it got very heated in and outside of the debates. It was fun, though.”

STA’s next debate will be Tuesday, Oct. 20 at Harrisonville High School.