Tired of paying to get into commercial haunted houses? Take a look at Kansas City's real haunted attractions. 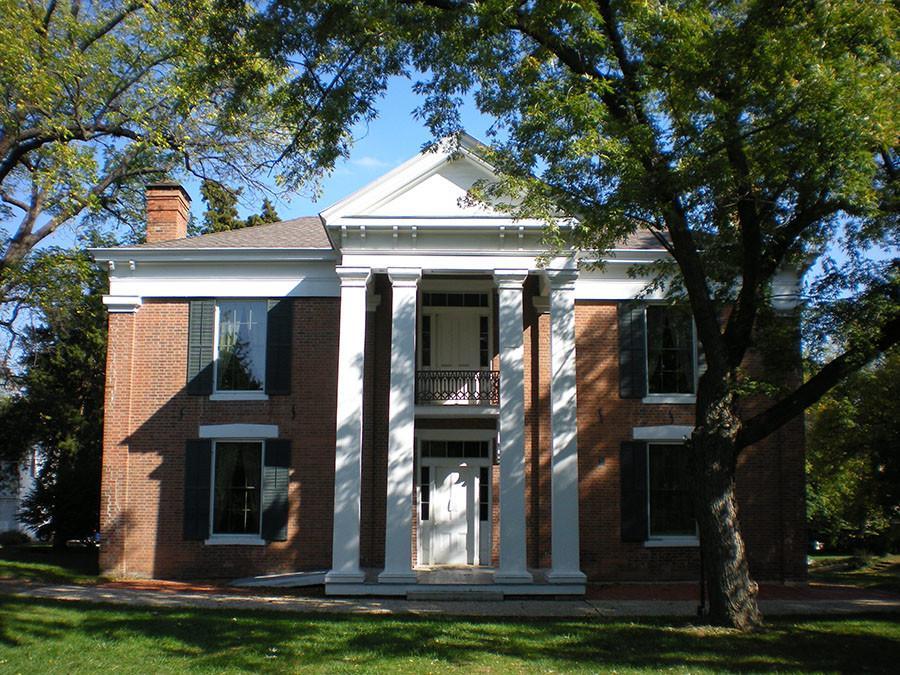 John Wornall House
6115 Wornall Rd. KCMO, 64113
In 1843, Richard and Judith Wornall moved their two sons, John and Thomas, to Westport, Missouri from Kentucky. The family bought about 500 acres of land from John McCoy. A few years later, Judith and Thomas died and Richard moved back to Kentucky, leaving the property to John.

During the Civil War, the house became a field hospital for soldiers. The house was in the middle of violent battles between bushwhackers and jayhawkers, as well as Confederate and Union soldiers.

Employees have claimed to see armed soldiers roaming the hallways and balconies and guarding the doors. There have also been experiences of smelling cherry pipe tobacco and sightings of a woman bending over the fireplace in the kitchen.

The Wornall House has ghost tours available on Oct. 25, Oct. 26, and Oct. 31.
Harris-Kearney House
4000 Baltimore Ave. KCMO, 64111
Colonel John Harris moved to West Port, Missouri from Kentucky in 1832. John and his wife, Henrietta, built a large brick home simply known as the “Mansion House” in 1855. John died in 1873, and his son-in-law, Charles E. Kearney, moved his family into the house so his wife, Josephine, could care for her mother, Henrietta.

Witnesses claim to hear footsteps in the house, smell cigar smoke, and hear voices.
Hotel Savoy
219 W 9th St. KCMO, 64105
The Hotel Savoy is located in downtown Kansas City and was built in 1888. It is the oldest continuously running hotel west of the Mississippi River. The hotel was once an apartment building, but now runs as a hotel again.

According to local legend, there are two ghosts that haunt The Savoy. One is Betsy Ward, who died suddenly of a heart attack in room 505. Witnesses claim that the shower in this room turns off and on on its own, as well as hearing music coming from the room while it is vacant.

The other supposed ghost is Fred Lightner, who is said to haunt his former apartment. Witnesses claim to hear strange voices, see shadows, see apparitions of a man dressed in 1930’s attire, and have seen doors open and close on their own.
Epperson House
5200 Cherry St. KCMO, 64110
The Epperson house was built in 1919 by Uriah and Elizabeth Epperson. The mansion has 56 rooms, a basement pool, marble fireplaces and ornate fireplaces. The house is now owned by the University of Missouri, Kansas City.

According to the UMKC website, the house is haunted by several ghosts. Harriet Evelyn Barse, a student of the Kansas City Conservatory of Music, lived with the Eppersons during her time as a student. Barse designed a custom organ that would overlook the living room, but Barse died before she had the chance to play on it. Witnesses claim that they see Barse roaming the halls in an evening gown, apparently waiting to use the organ she never had the chance to play.

Strange lights and voices are also seen and heard in the house. There are also rumors that the supposed Epperson daughter killed herself in the attic of the home, but according to LaBudde Department of Special Collections in the Miller Nichols library at UMKC, Uriah Epperson had no daughter.
Sauer Castle
935 Shawnee Rd. KCK, 66103
Sauer Castle was built by German entrepreneur Antoine Sauer in 1872. Located in Kansas City, Kan., the house has fallen into decay and is in need of repair, according to the Historic Kansas City Foundation. The house has been abandoned for ten years.

Supposedly, laughter, crying, and screaming comes from the house at night. Strange lights and apparitions appear as well.

In the 1950s, the church had become decrepit, according to St. Mary’s website. The building was to be demolished in order to make way for new highways. However, the church received a grant from the David Woods Kemper Foundation, and the church was saved.

The church is supposedly haunted by their first rector, Reverend Henry David Jardine. Rev. Jardine was accused of stealing church money, using drugs, and molesting children. Jardine died in 1886, and his death was ruled as a suicide. Jardine is buried below St. Mary’s.

Witnesses claim to see Jardine walking through the church and hear strange noises.