The team played in many different tournaments taking home a few medals. 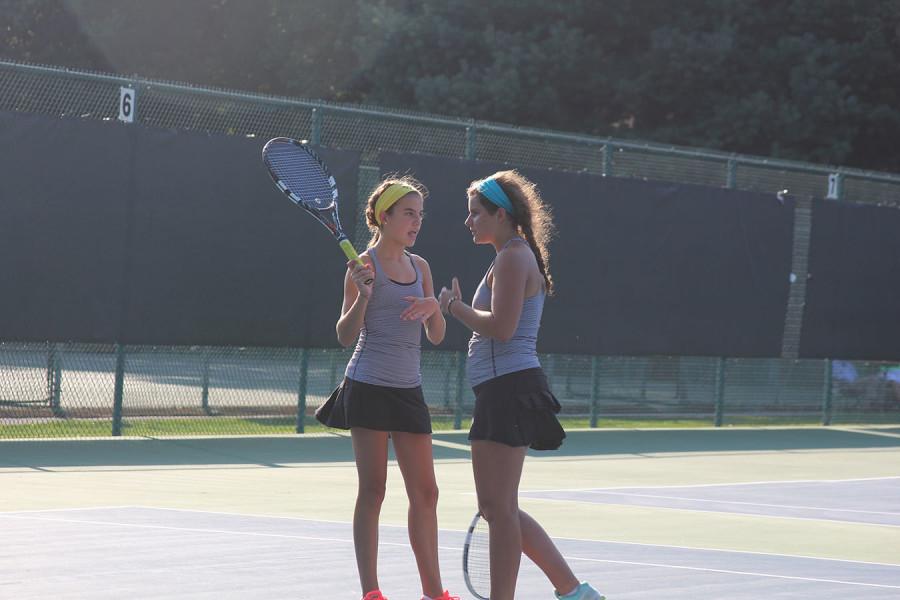 Members of the tennis team practice to prepare for upcoming tournaments. photo compiled by Clare Kenney

Tennis team had a full week of matches last week. The team started out the week with a win over Notre Dame de Sion High School. Sion usually qualifies for State, according to coach Lana Krause, so this victory was a big deal for the tennis team.

“We started the week with a win over Sion, which is a big deal for us,” Krause said.  “They are tough every year and are usually State qualifiers, so it was nice to get that victory.”

According to Krause, the team did great this week and they look forward to their upcoming matches.
This week the team will play Park Hill, Barstow and Jefferson City. Senior night is coming up Sept. 24, so mark your calendars to come cheer on your tennis seniors.